Editor’s note: New FreakSugar contributor Deri Ross Pryor ruminates on some of the things she loves about the Netflix hit series Stranger Things.

Have you seen Stranger Things? If no, why not? Get on that. Now. Obviously this is going to contain spoilers, so go get yourself a huge bowl of popcorn, get in your PJs, turn off your phone and turn on every light in your house, and fire up the Netflix. Then come back in eight hours when you are done watching, because trust me, you will not be able to stop until you’re done with the season.

(Seriously, spoilers. Minor ones, but still.)

Sranger Things is brought to us by twin brothers Matt and Ross Duffer, who wrote and directed, and executive producer Shawn Levy, director of the three Night at the Museum films, among other things. The Duffer brothers have another Netflix film, Hidden, to their credit, in addition to writing episodes for Fox’s Wayward Pines. As a writer myself, I’m always interested in the story line and character development. Sure the plot premise, special effects, world building and so on are all great, but none of that matters without strong scene writing, which Stranger Things has in spades.

There is no shortage of articles about this show already out there, ranging from character studies to plot breakdowns to even feminist takes on the shows kick-ass female characters. I can’t pretend to expand on that or bring anything new to the mix. Instead, I want to talk about what made it such a complete joy for me, your average sci-fi movie nerd. 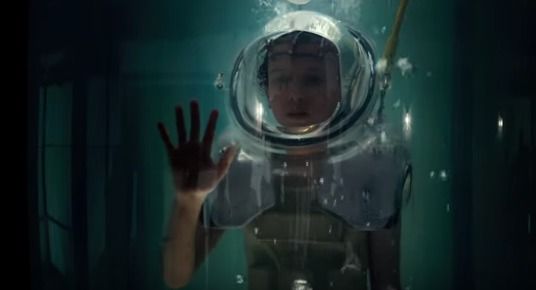 Look, I’m no stranger to the creepy things. Aliens, monsters, ghosts, ghouls, and goblins are my wheelhouse. That being said, many movies, shows, and books tend to follow the same formula, and while the details may vary, there comes a point when it gets hard to get genuinely scared. In the first ten minutes of Stranger Things, I’m pretty sure I yelped at least three times. I think this was due to the fact that they don’t try to hide the premise of the show, which is a brilliant tactic. It says right on the tin that a boy disappears, a girl appears, and strange things start happening. So when Will Byers, the boy who disappears, separates from his friends while biking home from a day of playing Dungeons and Dragons, you know what’s about to happen. And you become honestly terrified for him, and for his friends and family who will have no idea what happened to him. The Duffers aren’t naïve enough to try to surprise an audience already numb to such things. Instead they created characters you genuinely care for, so the tension comes from worrying about them. You also get a glimpse of the monster fairly early on, also smart.

2. It’s legitimately creepy without being gross. 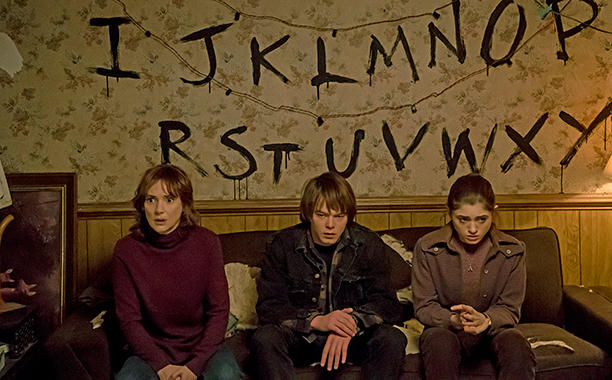 I’m not sure when sci-fi became synonymous with gross, but it bugs the crap out of me. Stranger Things is first and foremost classified as sci-fi/supernatural fiction, and I was gratified that it stuck more to the definition of those genres instead of crossing that line into slasher/horror flick. Scary, mysterious storylines entertain me; dismembered bodies do not.  There are some icky moments, but not so many that those who don’t enjoy gross things can’t enjoy Stranger Things. 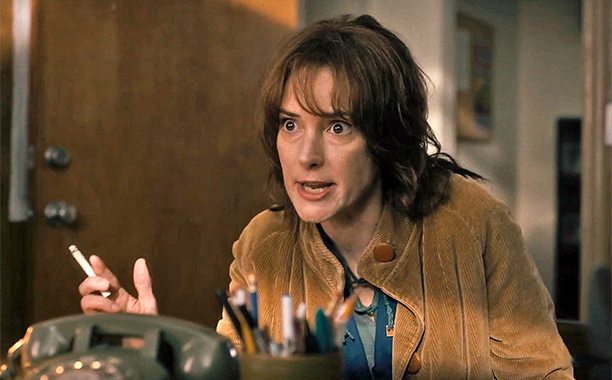 Wow, Winona Ryder. I really didn’t know she had it in her. Her take on a mom driven almost crazy by both the grief of a missing son and then being alone in the absolute belief that he is still alive is in short breathtaking. I have to admit when she first appeared on screen, I was prepared to hate her character. I’m a mom. I cannot imagine coming home from work late at night and not checking on my kids. I also can’t imagine letting my son ride home from a friend’s house after dark. Then I had to take a step back. This was different time. I was a child of the late 70’s-early 80’s. I wandered back and forth from friend’s houses all the time. I also snuck out and went places that would make my back then single mom slap me now.  Joyce is unapologetically a train wreck, a hardworking single mom who relies too much on her older son and still harbors a soul-eating resentment for her loser of an ex-husband. While it’s easy to judge a mom for not keeping a closer eye on her child, it becomes readily apparent that no one blames her more than Joyce herself. Watching her rise from beaten-down mom to the most ferocious fighter for her son is a treat. 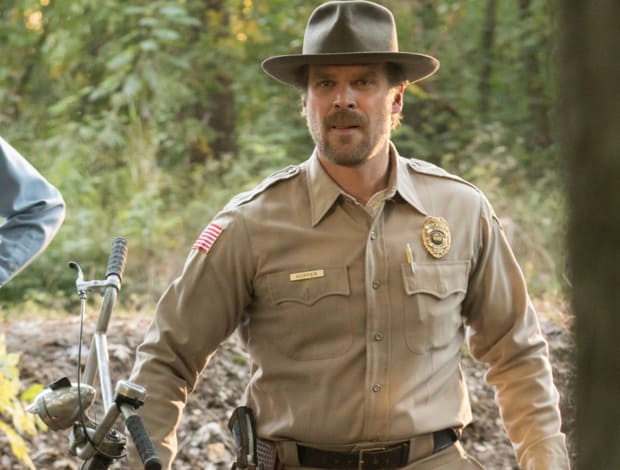 The requisite law enforcement authority figure to play the opposite side to the main character(s) in distress is Police Chief Jim Hopper. I will admit he can be a bit of cliché: lone wolf, a life-changing incident in his past that has irrevocably changed him, a bit of womanizer, a drunk with a heart of gold under a grizzly exterior. I honestly expected him to fight against Joyce for the majority of season, but he gets on board with her theories of Will being alive rather quickly, which was a pleasant surprise. There is enough grief and tension without making all the main characters work against each other. We want to figure out what happened to Will, not hate all the characters involved. 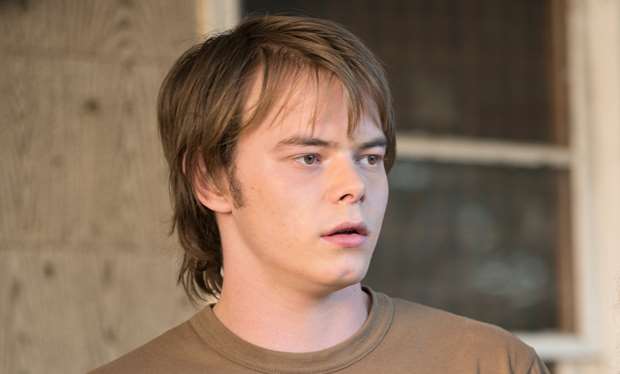 Joyce’s older son is another break away from the mold. He has every reason to be contentious. He’s a teenager who has been forced to grow up too fast by Joyce’s obvious overbearing reliance on him to keep things together. Again, I made assumptions about him, that he’d be resentful, that he’d be the typical annoyed older brother, that he’d be a trouble maker. Instead, he is a mature, responsible, and genuinely likable. The flashbacks of him spending time with Will are some of the sweetest moments of the show. 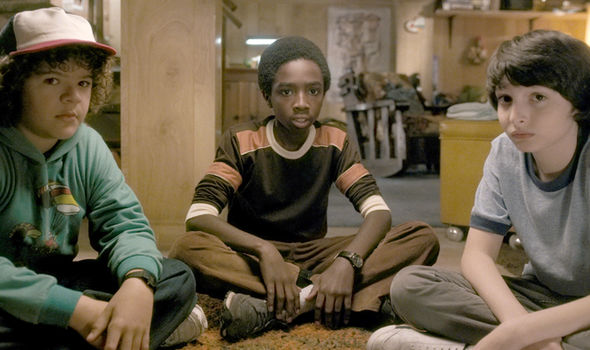 Will belongs to a group of four best friends. Nerdy outcasts who struggle with self-confidence and bullying, these are the kids I would have hung out with back then, so I already liked them. But again, we’ve seen this dynamic over and over in every 80’s child-driven adventure movie, ala E.T., Goonies, and the like. The way Stranger Things is different is in embracing reality. Their relationships begin to strain under the dual stress of losing their friend and hiding Eleven. They don’t all agree about how to deal with these things. They fight. They break ties. They reconnect. There were times when I loved them. There were times when I could have wrung their necks. Much like real kids.  Which brings me to… 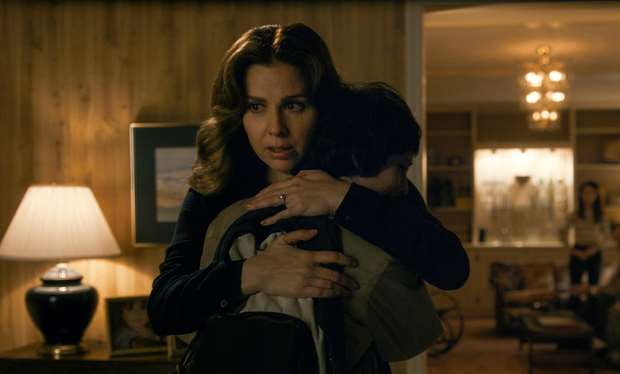 One thing that always irked me about those 80’s kid adventure movies, even as a kid myself, was how ridiculous it was to make the adults so stupid and clueless. The adults in Stanger Things are not stupid and clueless. They are trying, just as hard as the kids, to figure out the truth. They don’t undervalue the children or the progress they have made with unraveling the mystery. As the truth begins to solidify and all the loose threads begin to bring each different group involved to the same place, they begin to work together instead of it being the kids against the big bad adults. There is the exception with Mike Wheeler’s dad, but this is offset by Karen Wheeler, his mom, although there are some strange moments at the dinner table between her and Mike’s youngest sister, Holly (who has some strange things going on herself). 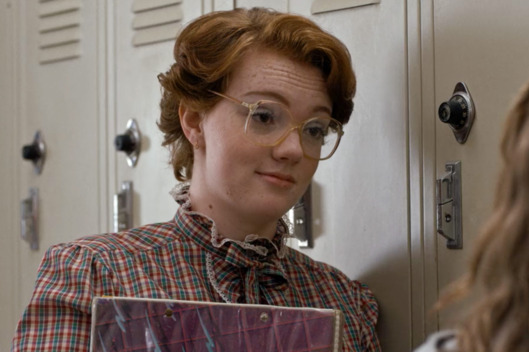 I’m still not ready to talk about Barb. 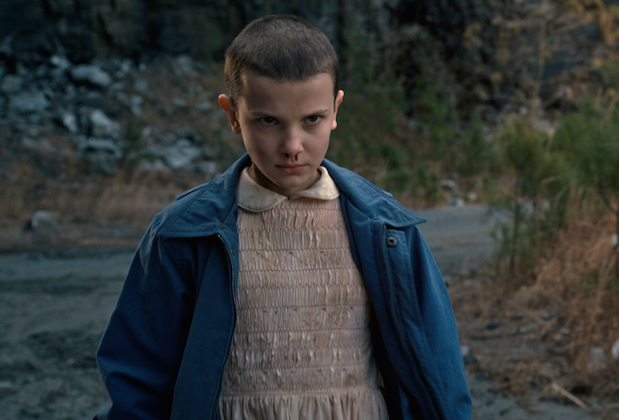 You can’t talk about your favorite things about Stranger Things without talking about Eleven. What a delight she was. Vulnerable, tough, adorable…I could fill a page with adjectives to describe all the things I loved about Eleven, and Millie Bobbie Brown’s performance of her is nearly perfect. You want to hug her and tell her everything is going to be alright while also making sure you don’t get on her bad side. As she learns to negotiate the world, what friendship and love means, and the joy that is Eggo waffles, she draws you in. When the boys dress her up to sneak her into school, despite being a page ripped directly out of the script for E.T., it somehow feels more like a well-played homage than a rip off. She has powers — kick-ass powers — but her real super power is how willing she is to learn to trust again despite what has been done to her. That is the beauty of Stranger Things, which is the beauty of any well written piece of fiction. The details, the world, the sci-fi/supernatural elements are all a backdrop to the real story, which is the power of strong relationships and how far you will go for the people you care for. 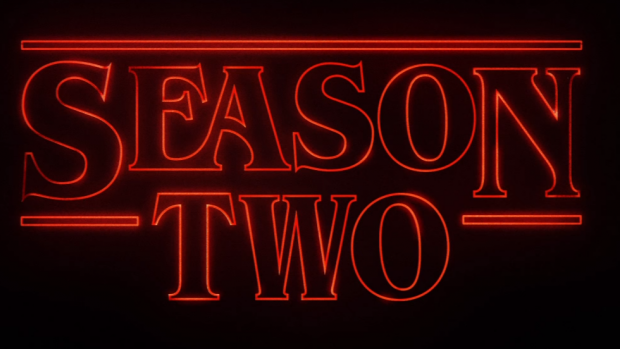 The only bad thing I can say about season one is that it ended. I had seen the trailers for it way back when, thought it looked interesting, and promptly forgot about it until a friend mentioned watching it and highly recommended it. I sat down late one night to have a brief dinner break on day of furious writing and decided I would start the first episode. You know, just to watch while I ate before I got back to work. Eight hours later at 4 am I sat on my couch watching the end credits of the final episode, completely bereft that there wasn’t more. The recent announcement that season two was a go (and a hint that maybe Barb’s story wasn’t finished after all) was a happy moment for fans, none more so than me.

This is by no means an exhaustive list. There are so many things about this show that just resonated with me, from the nostalgic feel of the opening credits, the multitude of both sad and laugh out loud moments, the questions it left unanswered, the lingering craving for Eggos…

What about you? I’d love to hear your favorite things about Stanger Things.