Thanksgiving is for celebrating a whole plethora of things: gorging yourself stupid, the magic of stretchy pants, and glorious, glorious TV binge-watching. While you’re recovering from you carb overload, check out some of these perennial Thanksgiving TV classics.

The original “Friendsgiving.” Despite the fact that asshole Lucy always yanks the football away from him and the rest of the gang mocks his idea of Christmas, Charlie Brown invites Linus and the rest of the Peanuts pals over for a feast of popcorn and sundaes. The TV special is a classic and, while it sometimes gets lost in the shuffle among the “Christmas” and “Halloween” Charlie Brown specials, Thanksgiving might be the best example of Charlie’s big heart, someone who wants his friends in his company even though they’re kind of d-bags to him the other 364 days out of the year.

WKRP in Cincinnati, “Turkeys Away”

“As God as my witness, I thought turkeys could fly.” 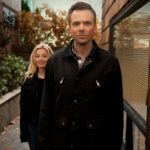 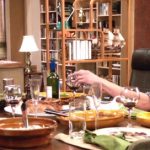 I’ve made no bones about how underwhelmed I was with the post-Dan Harmon Community season 4. Without the showrunner and co-creator’s guiding hand to rein in some of the series’ over-the-top impulses at the expense of story development, Jeff Winger and the rest of the study group became cartoons at best, cardboard cutouts masquerading as characters at worst. However, “Cooperative Escapism in Familial Relations,” the show’s first Thanksgiving-themed episode, not treated (some) of the Greendale Seven’s students as real people, but actually advanced the long-unresolved thread of Jeff Winger’s deadbeat father (played by James Brolin). Jeff’s Thanksgiving meal with his dad gave him the closure he’d been looking for since the series began. In the process, we get a glimpse at why Jeff is the way he is and, ultimately, how he’s moved past his father’s absence. And if “awkward familial conflict” doesn’t say Thanksgiving, I don’t know what does. (Sorry, no YouTube clip, but you can catch the episode on Hulu!)

Carrying on the “Friendsgiving” tradition set by Charlie Brown and maybe one of the top five episodes of Cheers in its 11 season run, “Thanksgiving Orphans” shows Sam, Norm, and the gang at their dysfunctional best. A confluence of events land the barflies at Carla’s home for Thanksgiving, which leads to uncomfortable personal admissions, drunken confessions, and one of the best food fights in television history. Thanksgiving and the small screen at their comedic best.

How I Met Your Mother, “Slapsgiving”

There have been so many wonder moments on How I Met Your Mother when Barney was slapped by Marshall as payment for losing a slap bet, but the original “Slapsgiving” episode is probably the pinnacle. Neil Patrick Harris really does a convincing job portraying someone getting the bejeezus slapped out of him, while Jason Segel exudes a glee at administering the slap that’s like watching a kid down a whole pumpkin pie.

In true Buffy fashion, viewers get everything they didn’t need from a Thanksgiving yarn: Xander with magical syphilis, Angel being all sullen, and Spike giving the Scooby Gang the completely wrong lesson about how to view the slaughter of Native Americans. Because of course Spike would have the wrong lesson. Oh, and Buffy stresses about Thanksgiving. And accidentally makes a bear. Thanksgiving, everybody!

Friends, “The One with Chandler in a Box”

There have been a slew of great Friends Thanksgiving episodes–after all, the show ran for 10 seasons–but maybe the best one featured Chandler spending Thanksgiving dinner in a box while the rest of the gang chowed down. Mr. Bing was doing penance for kissing Joey’s then-girlfriend Kathy, staying in a wooden crate to think about how he’d let Joey down. (It’s a callback to when Joey was tricked into getting trapped in his and Chandler’s entertainment center, resulting in the two being robbed.) When Kathy comes by to break up with Chandler because she doesn’t want the rift between Joey and Chandler to continue, Joey’s heart softens and gives Chandler permission to chase after Kathy. It’s a Thanksgiving miracle!

Oh, and Monica becomes sweet on her ex-boyfriend’s son. Eww.

Mad About You, “Giblets for Murray”

One of the classic TV tropes that recurs in holiday specials is the madcap dinner party, which usually has a monkey wrench thrown in the works for the main characters. That said, Mad About You‘s season three Thanksgiving episode, “Giblets for Murray,” is hands-down one of the best. Actors Paul Reiser and Helen Hunt’s Paul and Jamie Buchman have to scramble after their adorable dog Murray wolfs down the turkey they were going to serve their family. Reiser and Hunt are in rare form, blending both neurotic chuckles and slapstick impecably.