Even before DC Comics’ Dark Nights: Metal miniseries concluded, the publisher promised a “New Age of Heroes,” with a focus on new characters and updated concepts in addition to what we’ve seen in books past. This week, the latest heroes to join this new age appear in New Challengers #1, written by DC Comics Talent Workshop alum Aaron Gillespie and Scott Snyder, who wrote Metal. Taking comics legendary creator Jack Kirby’s original Challengers of the Unknown concept and tweaking it for modern readers, Gillespie and Snyder create a tale of humans on borrowed time who are conscripted to take on feats and missions that they are in a unique place to tackle.

I recently spoke with Misters Gillespie and Snyder about the idea behind New Challengers, how the Challengers fill a role that other DC heroes do not, and how this book will connect to the wider DC Universe.

FreakSugar: For folks considering picking up the series, what is the conceit of New Challengers?

Aaron Gillespie: New Challengers takes the unbridled craziness of the original Jack Kirby team book and puts into the DC Universe. It’s a team of misfits that’s uniquely qualified to handle some pretty weird situations that crop up. 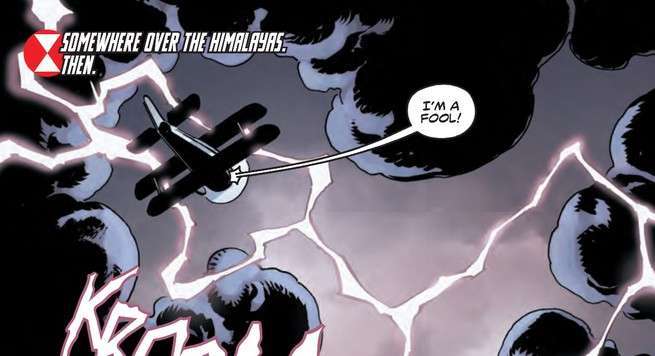 FS: You two are collaborating with writing chores on the series. What has that process been like thus far?

AG: It has been a real joy. One of my favorite parts of this whole project has been being able to collaborate with Scott. It’s been very smooth. We talked on the phone about the idea for the overarching plot. Every so often, we get on the phone and hash out issue by issue plot and shoot ideas back and forth, riff on each other’s ideas until we have a good framework, and then we develop into a loose plot so [series artist] Andy [Kubert] can take it and run with it.

FS: The Challengers have always been a different breed of heroes in their various incarnations throughout history. In your minds, what roles do the Challengers fulfill that other characters in the DCU do not?

AG: The Challengers have always been non-powered people who just happen to cheat death and want to make a go of that borrowed time and make the most of their second chance. I think that’s something a lot of us can identify with, whether it’s a literal second chance or it’s a chance to rebuild our lives from mistakes or reevaluate a situation we’re in.

Exploring how we deal with our figurative or literal second chances is something everybody can identify with and I think that’s why these characters resonate with so many people. They’re not Superman. They’re not Green Lantern. They’re just regular people that have been thrown into a situation that is bigger than them and they react to it. 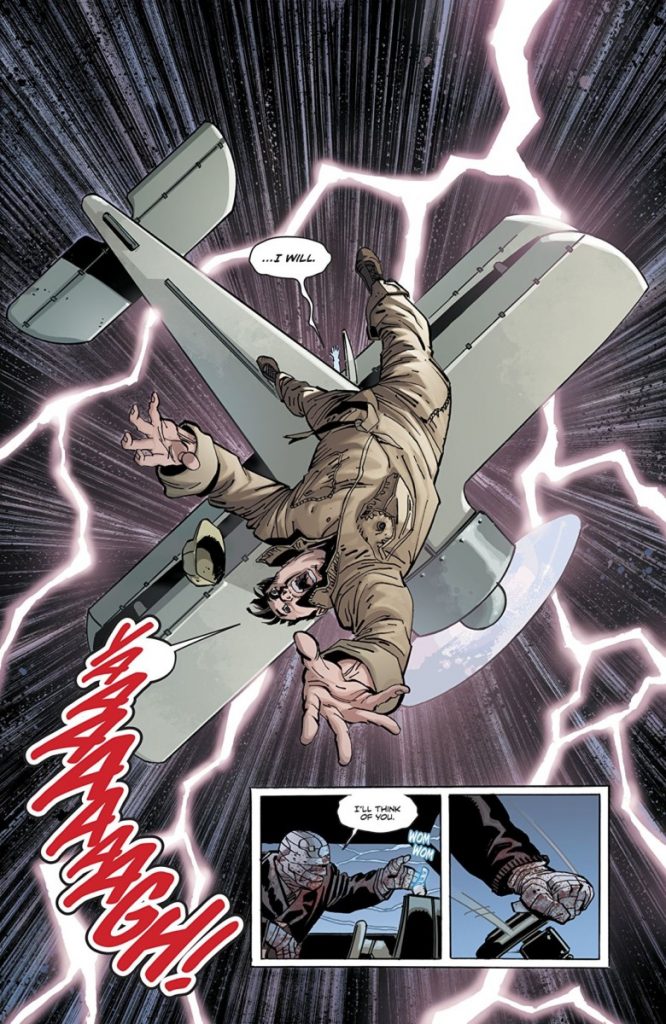 FS: How does this new Challengers incarnation differ from what we’ve seen before?

AG: These new Challengers are all outsiders. They might be live in Gotham. They might live in Metropolis. So they might be under the watch of Batman and Superman, but they live just outside of that. Their lives have been about finding unorthodox ways of survival. This new incarnation is different in that respect.

We also really want to punch up this idea that they’re on borrowed time. It’s my favorite hook of the original series and we want to capitalize on that in a way that drives that point home. I think our series deals with the borrowed time that drives up the stakes for the characters in a way that I don’t think we’ve seen before.

FS: You see that allegory for borrowed time carried throughout the first issue.

AG: The characters’ backstories show a need for a second chance. Everyone on Earth is on borrowed time, everyone is just trying to make it through their day, and it’s about how we each deal with that differently.

FS: The book spins out of Dark Nights: Metal. What is its connection to those events and will we see the groundwork you’ve laid crop up over the course of the series?

Scott Snyder: Completely. For us, one of the goals of the DCU is to make sure everything feels connected and rewarded. So what we’re doing on this book and No Justice and Justice League is to build on stories we’re been lucky enough to work on at DC in the past few years. We want everything to be really user friendly.

And I think Aaron and Andy deserve full credit for that. I love this issue, I love the series. I rarely get the chance to bring in talent like Aaron or Tony Patrick on Batman and the Signal, and when I do and they do a better job than I could on the series, there’s no greater reward. One of the real compasses is for readers to feel nothing is siloed and nothing is isolated.

So you are going to see connections to and characters from the Dark Multiverse and things we’re doing here will carry over into Justice League and all that stuff. Everything from Blackhawk Island to Challengers Mountain will carry over into the tapestry we’re building. 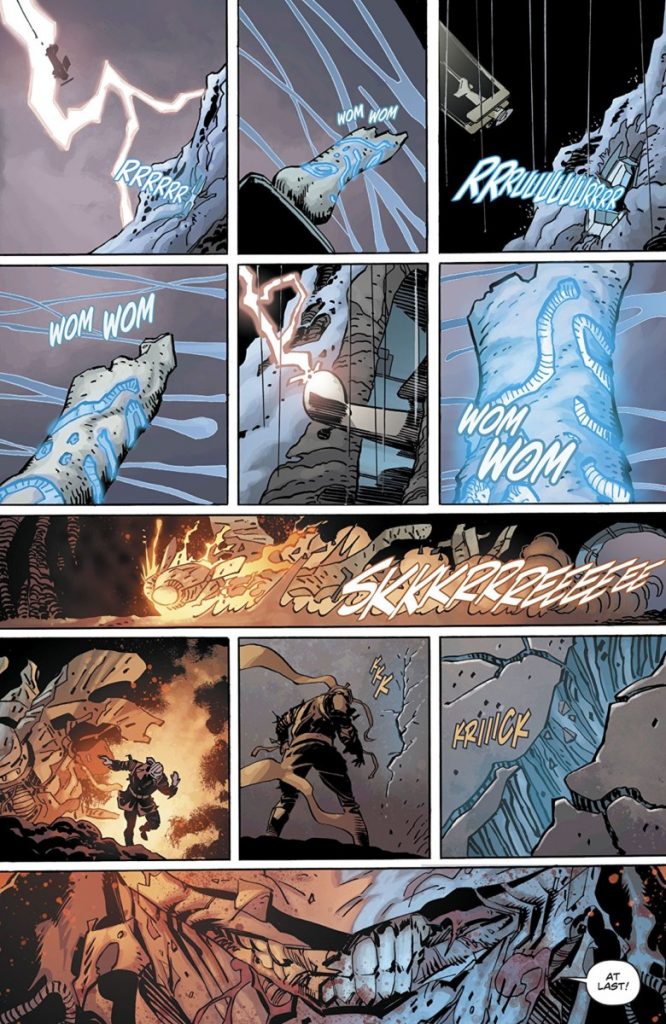 FS: Aside from want the book to be a success and readers enjoying the stories you’re crafting, do you have any specific goals for New Challengers?

SS: The Challengers books have always been about pushing the limits of comic book lunacy, but also bring fun, imaginative storytelling that can be deeply personal. The story Aaron and I discussed before bringing it to Andy was one that had to deal with a moment in time and uncertainty and whether it’s better to continue to push forward and progress and discover or whether every discovery we seem to make lately seems negative. It’s about whether we err by going past limits of our own capabilities.

So I’m really proud of the story we came up with and the way Aaron has executed it. Again, I can’t sing his and Andy’s praises enough. it’s one of these things that I feel if I had done it by myself that I wouldn’t have been able to do as good a job. The characterization and the fact that it honors what came before but honors something brand new:  everything about it I’m very proud to be a part of.

FS: What can you tease about what we can expect in New Challengers going forward?

AG: We plan on continuing the same sort of unbridled craziness the series has always had in its different incarnations. I really look up to Jack Kirby and he didn’t have an internal editor. He just threw crazy ideas out there and moved on.

That’s something I think we put out into the series. I think we do a good job of it and I think that’s something you can look forward to. Each issue has what I call WTF moments where you just turn the page and look and stop to think about what’s happening. A completely crazy new, wild, bonkers idea we’re putting down.

New Challengers, written by Aaron Gillespie and Scott Snyder, with Andy Kubert on art, is on sale now from DC Comics.

From the pages of DARK NIGHTS: METAL! Challengers Mountain has returned to the DC Universe and chosen a new team of explorers! Five misfit strangers are given a second chance at life, but only if they obey the orders of the mysterious Professor and execute deadly missions in the most unexplored corners of the multiverse! And if the new Challengers of the Unknown fail…it will be more than just their own lives that hang in the balance!