If you watched the first full Guardians of the Galaxy 3 trailer earlier this month, you’ll know that 2023 will be a big year for Marvel Comics‘ enigmatic cosmic character known as Adam Warlock. Since his first appearance in the pages of Fantastic Four #66 in 1967, the artificially-grown Warlock has been both savior in his form as Adam and sometimes-tyrant in his incarnation as the Magus. In his four-colored tales, the adventurer has contended with everyone from the Mad Titan known as Thanos to the aforementioned Magus himself. With Adam straddling the line separating light and dark, he’s become one of Marvel‘s most layered and nuanced characters. 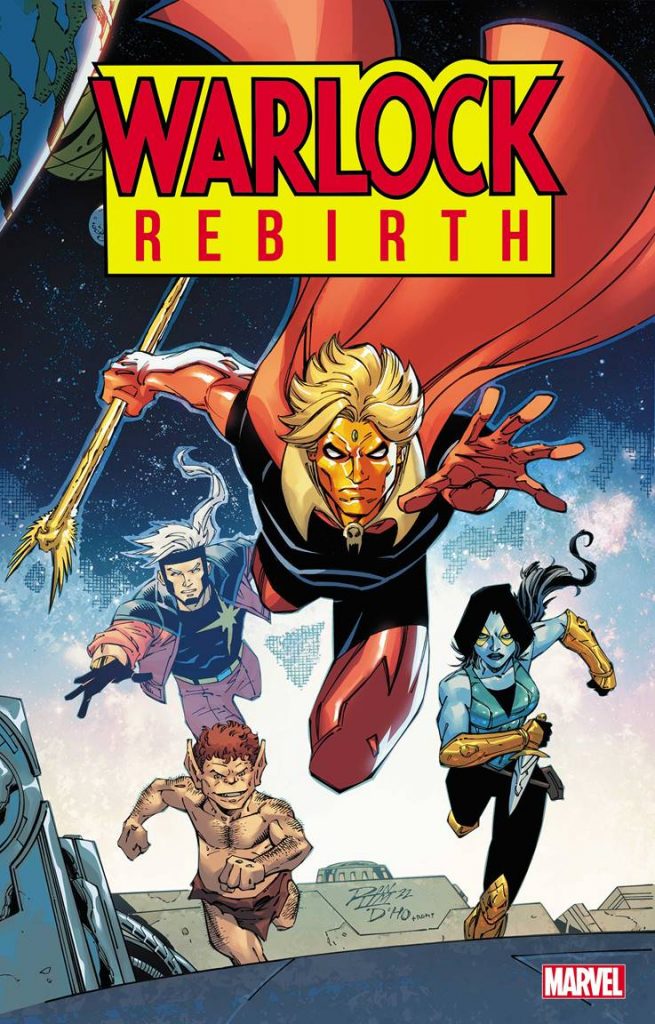 It’s that nuance that writer Ron Marz and artist Ron Lim–both of whom have a long history with the mysterious marvel–will explore in the recently announced Warlock: Rebirth next April! Per a press release from Marvel, the series will take place during Adam‘s early days:

Adam Warlock was created to be the perfect human specimen. Since then, Adam has gone on to be a cosmic savior, defending the galaxy from the likes of Thanos, the Universal Church of Truth and the Magus. But what will happen when the next evolution of Warlock emerges? Someone who is stronger, faster and smarter than Adam?

What that all means for the current and future Warlock remains to be seen, as well as whether it will reference 2018 Infinity Wars event, which ended with Adam without the Soul Stone, which has been with him for several years throughout his publication history. Moreover, the press release dropped by Marvel refers to the Infinity Watch, the group once assembled by Adam Warlock to protect the Infinity Stones/Gems. The release states that this book will include an untold story of the Infinity Watch, and Gamora and Pip–two of its members–are also mentioned. Will other members appear? Moondragon? Drax? And how will the story inform the present? Fans of these characters will have to wait until April to find out. Adam Warlock with the Infinity Watch

Read below for the full press release:

Following the hit series SILVER SURFER: REBIRTH, Ron Marz and Ron Lim will reunite on for another galaxy-spanning limited series, WARLOCK: REBIRTH! The two superstar comics creators, known for shaping the cosmic corner of the Marvel Universe as we know it, will revisit the thrilling saga of Adam Warlock. The ever-fascinating and mega-powerful super hero is set have all comic fans talking in 2023, and this new series will be a must-have for fans and a perfect entry point into the character’s rich history for newcomers. Set in the character’s early days, this pivotal chapter will explore Adam Warlock’s origin in astounding new ways and introduce a new character that will forever impact his legacy!

Adam Warlock was created to be the perfect human specimen. Since then, Adam has gone on to be a cosmic savior, defending the galaxy from the likes of Thanos, the Universal Church of Truth and the Magus. But what will happen when the next evolution of Warlock emerges? Someone who is stronger, faster and smarter than Adam?

“Ron and I had such a great time on our Surfer series, accepting the invitation to come back and do more was a no-brainer,” Marz said. “The cosmic end of the Marvel Universe is a wonderful playground, and we’ve got some great toys, including Gamora and Pip and Doctor Strange. There are definitely some sequel threads to what we did in Silver Surfer: Rebirth, but we’re making sure this Warlock series stands on its own. Who knows, maybe a shiny guy on a surfboard will show up too.”

Don’t miss this untold story of Adam Warlock and the Infinity Watch when WARLOCK: REBIRTH arrives in April! For more information, visit Marvel.com.