“Slott has me hooked with this first issue. While the story has its problems — it feels a little like an info-dump for new readers — I look forward to the next issue. Because Slott makes me believe in Spider-Man.”

One of the first comic books I remember reading was the first issue of The Infinity Gauntlet, a miniseries in which the mad Titan Thanos uses the MacGuffin known as the Infinity Gems to eliminate half the universe’s population. As an 11-year-old, I was aghast. How could Marvel do that? The Fantastic Four and so many X-Men and Avengers were just… gone. I was dumbfounded and, honestly, very concerned for the characters I’d grown to know over my first year as a comic book fan.

Of course, the more comics I read, and as I became a seasoned pro of traversing the ins and outs of comic books narratives and storytelling tropes, I came to understand how and why publishers manipulated tales using “the illusion of change”. Characters such as Captain America and Spider-Man may go through the motions of a “life-changing” story arc, but, at the end of the day, those characters have to remain true to the core of who they are. They are not just residents of the worlds that the writers craft for them, but bankable corporate icons. Captain America and Spider-Man are plastered on everything from ink pens to beach towels to wrist watches. They greet patrons of theme parks and are splashed across the silver screen. With a few exceptions, the Big Two’s comic book properties need to resemble the characters found in their products and other media for cross-brand synergy. 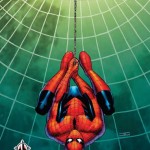 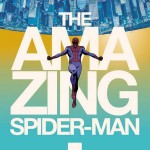 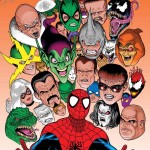 That’s why when, in 2012, Doctor Octopus, eight-limbed nemesis to the Amazing Spider-Man, took over Peter Parker’s body through a  brain-and-switch in the story arc “Dying Wish,” I knew Pete would be back. Many readers felt betrayed, running to the Internet to call for writer Dan Slott’s head on a pike and clamoring for a boycott of all things Spidey. But I just waited. Pete would return. And a sequel to The Amazing Spider-Man was set for a 2014 release, so it was a matter of just biding my time.

And so after Doc Ock tried his many hands at superheroics as the Superior Spider-Man in the comic book series of the same name, Peter Parker reclaimed his body and his mantle as the one true web-head, cleaning up the mess Otto had left in his stead. Reset button pushed. Illusion of change maintained.

Although not entirely. The Amazing Spider-Man relaunched last week with issue #1, with Peter Parker back in his Spidey duds, trying to re-acclimatize to a world he hasn’t know the past few months. That world is one in which Otto-as-Peter completed his doctorate, has started his own company, and is living with and dating a woman he doesn’t know. Because of these loose ends, in many ways, The Amazing Spider-Man #1 feels more like an epilogue to Doctor Octopus’ tale in The Superior Spider-Man, although that is largely out of necessity. Dan Slott once again steers the reins of the Spider-Man saga, following the narrative threads he established in Superior and in the defunct previous Amazing title. Peter has returned to a world which once again doesn’t know what to make of him – threat or menace. In many ways, Slott has brought Spider-Man’s world full circle, while injecting that world with a different set of complications. And all the while, Slott’s dialogue reinforces Peter’s personality as a man who maintains his pep and optimism even while the burdens on his back grow heavier and heavier. 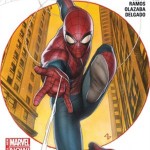 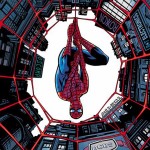 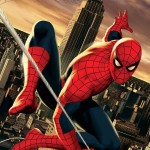 Humberto Ramos returns as Spidey’s illustrator, bringing his brand of dynamic facial expressiveness and physicality to the characters of Peter’s world that make them pop off the page. What few quiet moments there are in the script are made that much more engaging by the emotion Ramos brings with his linework. For my money, this is Ramos’ best work since his pencils in Peter Parker, Spider-Man: Return of the Goblin.

I am a highly biased audience when it comes to Spider-Man. As a child, I looked to the wallcrawler as an example of how to aspire to act, how to treat people, and how to live in a world that isn’t always kind. More than the weight of history that is attached to Spidey’s 52-year-existence, I have to believe in Peter Parker, in his resolve and in his inherent goodness, to be fully invested in a story. Slott has me hooked with this first issue. While the story has its problems—again, it feels a bit bloated and a little like an info-dump for new readers—I look forward to the next issue. Because Slott makes me believe in Spider-Man. 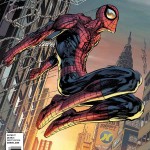 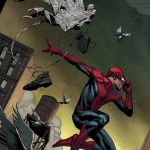 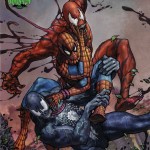