We still have almost a year before Ant-Man and the Wasp, the sequel to 2015’s Marvel film Ant-Man, hits theaters, but at this month’s San Diego Comic-Con, we got a taste of what to expect in the way of concept art by Andy Park–who has worked on a cornucopia of Marvel Studios films ranging from Guardians of the Galaxy to Captain America: Civil War to the original Ant-Man. 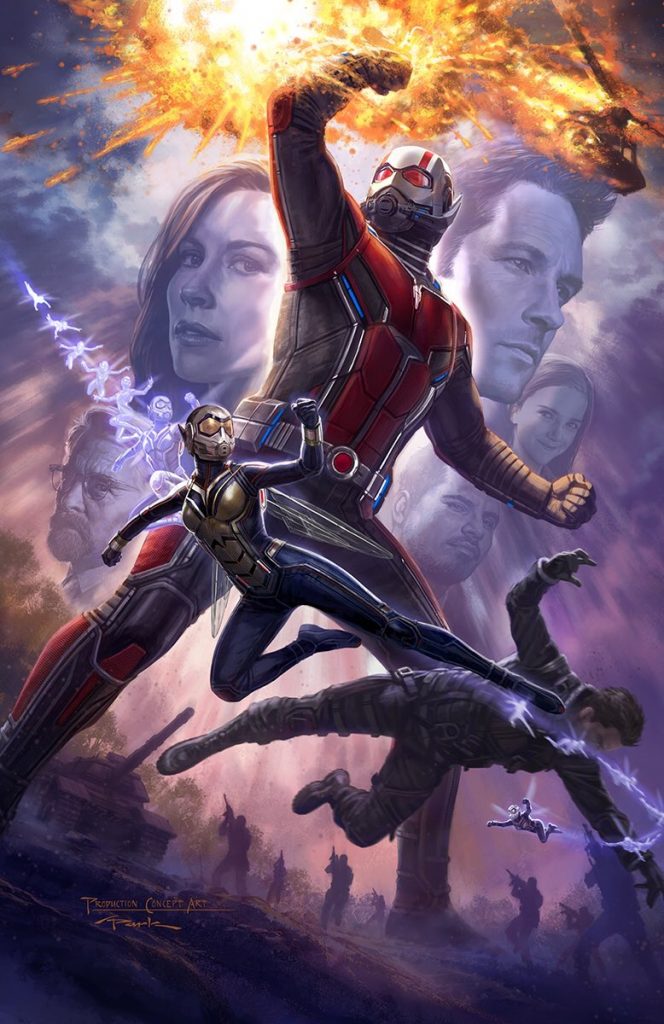 ANT-MAN AND THE WASP concept art

The gorgeous painting features Scott Lang in his Giant Man form, first seen in the airport battle royale during Captain America: Civil War. From the look of the poster, it appears that Scott is getting a better grasp on his Giant Man abilities.

As for the Wasp/Hope Van Dyne, portrayed in the first movie and this sequel by Evangeline Lilly, the concept art shows her decked out in an outfit different that the one teased in a tweet from Lilly from a few months back. (Of course, that doesn’t mean that Lilly might not be wearing both at some point in the film. In the comics, Hope’s mother was known for changing up her look quite often.) The costume is sleek and functional, just like Scott’s, but has a design flair that makes the composition pop. 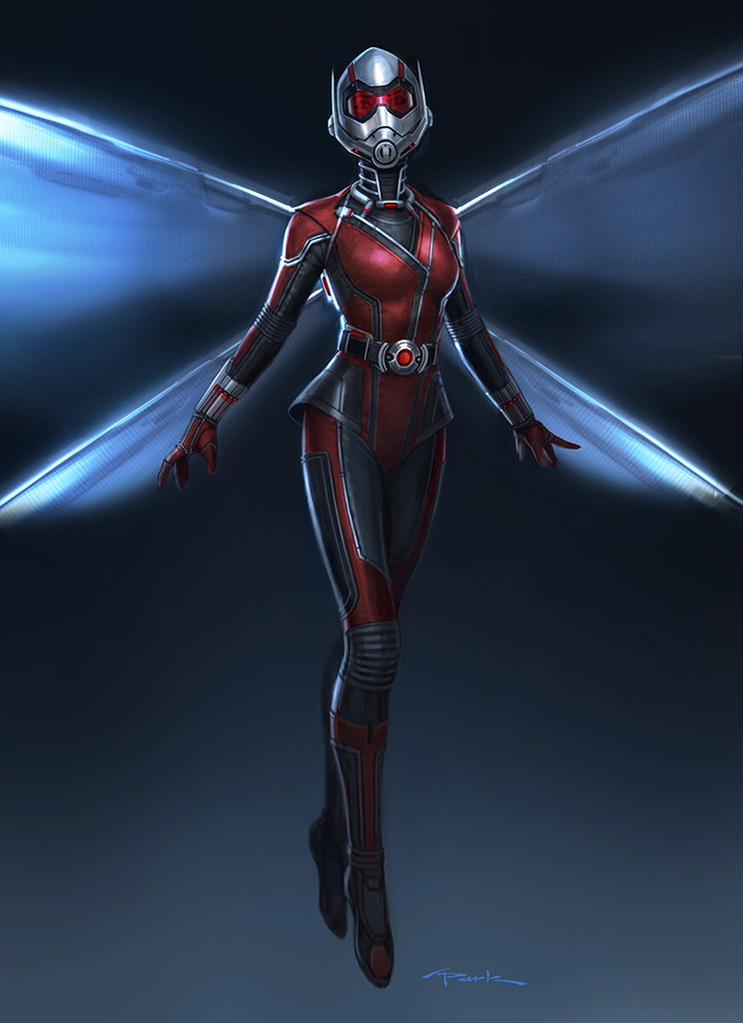 While we still don’t know anything beyond the title and some of the cast members of the film, Park’s work here does nothing if not make us more jazzed for some Ant-Man/Wasp goodness.