Thor: Ragnarok is still three months away, but that isn’t stopping Empire magazine from beginning the Asgard-worthy celebrating, kicking off with a gorgeous, movie-inspired illustrated cover for this month’s issue. What’s more, the art is produced by Russell Dauterman and Matthew Wilson, who, without fail, produce magic on Marvel’s The Mighty Thor series. 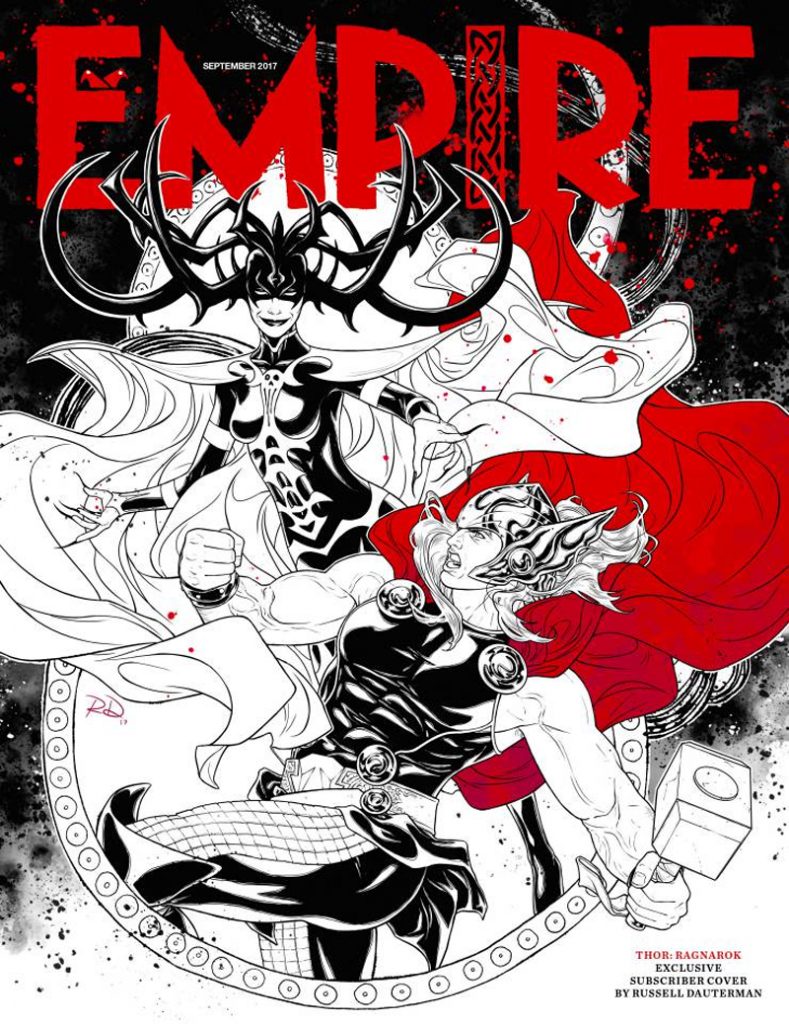 Dauterman and Wilson make a nice nod to the source material by using the comic book incarnations of Ragnarok‘s Thor and Hela, which are slightly different than their big screen looks (although Hela’s movie trappings skew closer to her comic counterpart). The minimalist use of blacks, reds, and white make a bold statement and echo the drama and operatic feel that we’ve seen so far in Ragnarok‘s footage.

The cover is only available for Empire subscribers, but you’ve already seen it here, so it’s all good. A gift from the gods, as it were.