You, too, can be a superhero, or, at the very least feel like one.

I am amazed at anyone who can push their bodies to their absolute physical, mental, and spiritual limits and run for miles on end, from a 5K to a half-marathon to a full blown 26.2 miles. runDisney recognizes this achievement of human fortitude and has crafted these medals for participants in its first Avengers Super Heroes Half Marathon weekend, to be held this November. 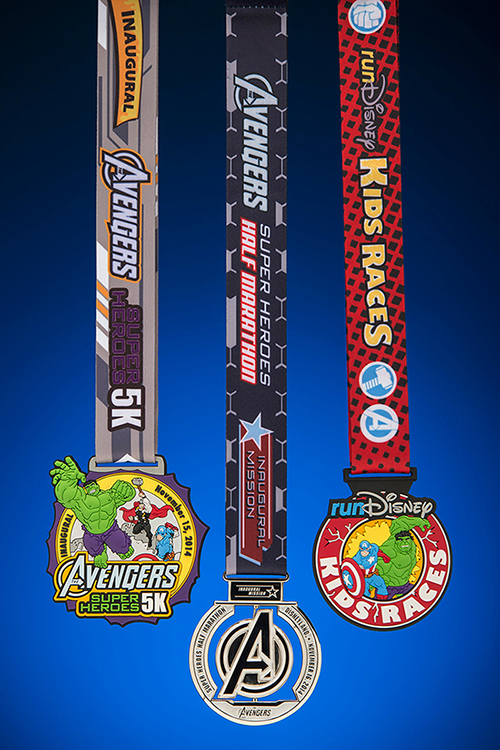 The medals, based on characters from Marvel’s Avengers, vary in design based on the race. The Kids Races Medal features Captain America and the Hulk, while the 5K Medal adds the thunder god Thor to the mix. The sleekest design, in my opinion, is the medal awarded to those who complete the half-marathon, which is simply the Avengers “A” insignia.

Disney has been hosting its runDisney races across the country at its parks since 1994. When Disney bought Marvel Entertainment in 2009, many runners and comic book fans (myself included) wondered when Disney would incorporate Marvel’s stable of characters into its various races.

Marvel’s Avengers Super Heroes Half Marathon weekend takes place November 14-16 in Anaheim, California. While slots were snagged quickly by eager runners and fans of Marvel’s Avengers, Disney is using its charities and travel providers to give folks (like me) who missed the registration opportunity back in March.

More slots available? Fantastic medals? I’m going to have to race to look into this.