The struggle of Lord Baltimore and his compatriots against the forces of The Red King have never appeared as dire as they are in Dark Horse Comics’ Baltimore: The Red Kingdom–and considering the things Baltimore has seen and experienced in his battles against the forces of darkness, that’s saying something. This struggle comes to a head in this Wednesday’s Baltimore: The Red Kingdom #5, the epic conclusion of the miniseries, written by Mike Mignola and Christopher Golden with Peter Bergting on art. And, if these exclusive preview pages Dark Horse shared with us are any indication, the forces of light may need a miracle or three. 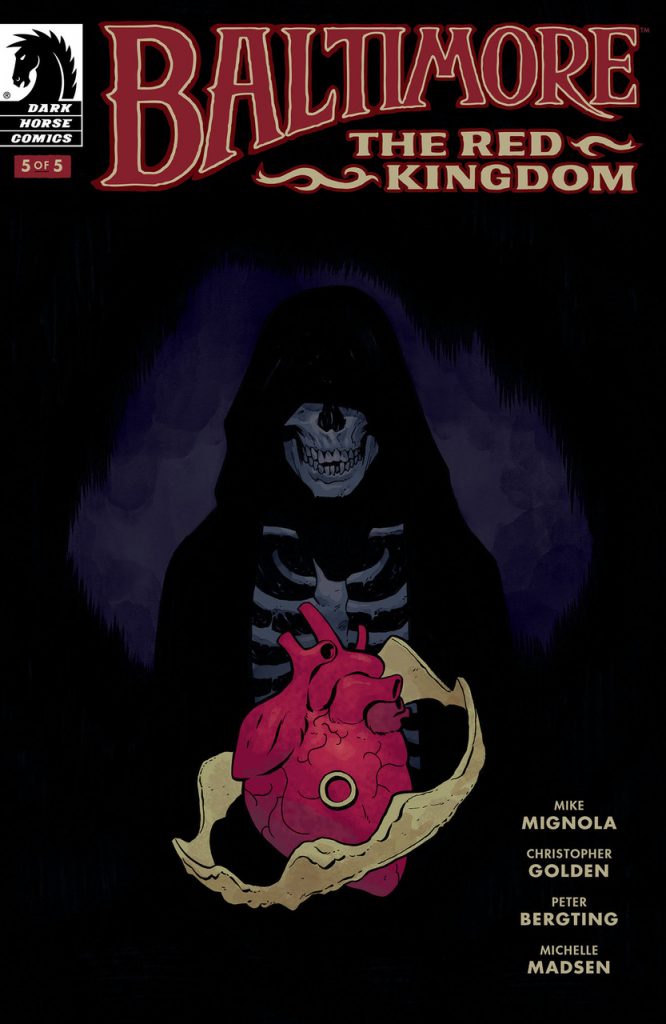 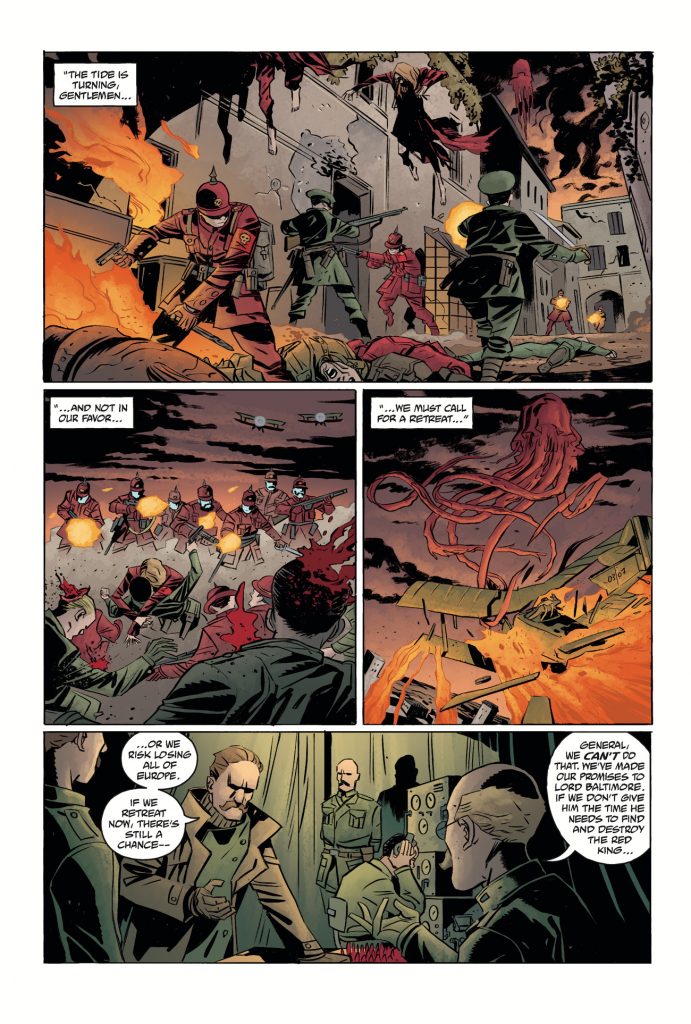 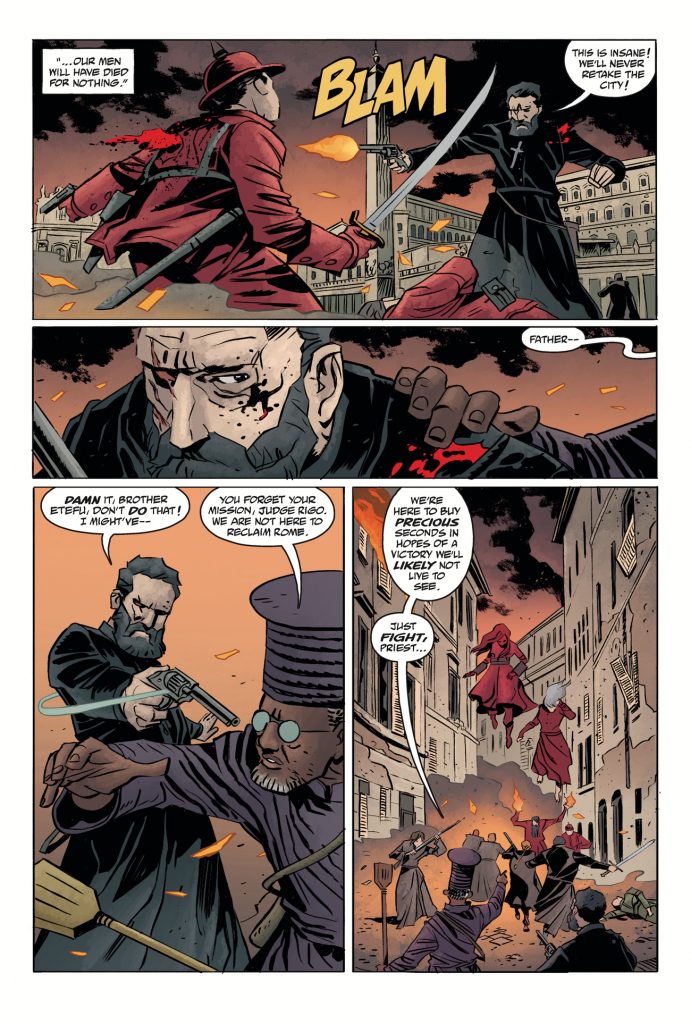 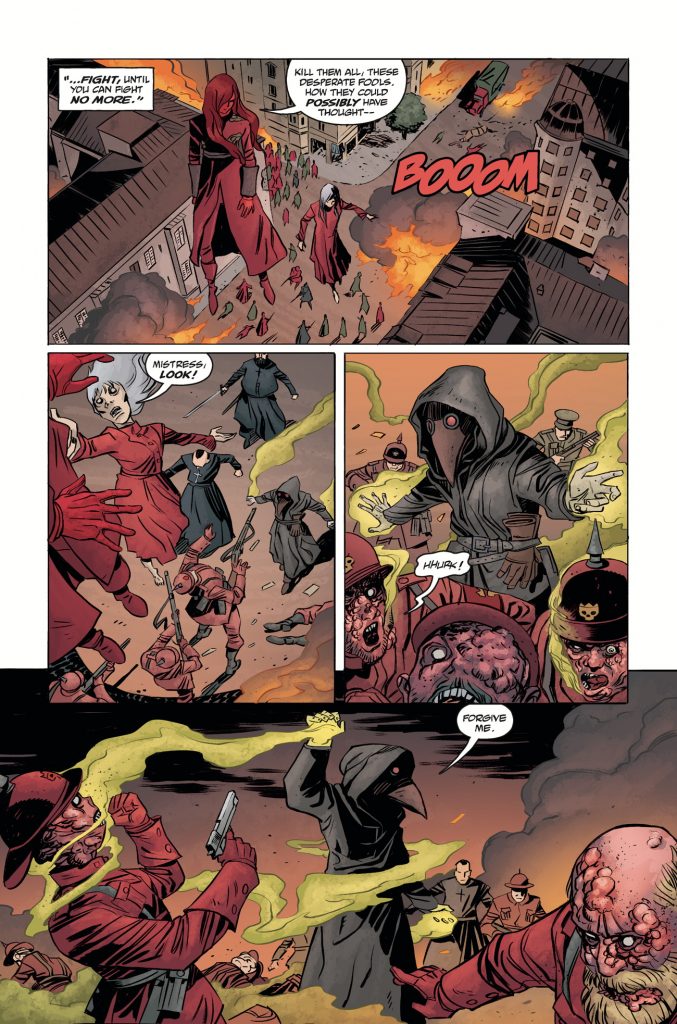 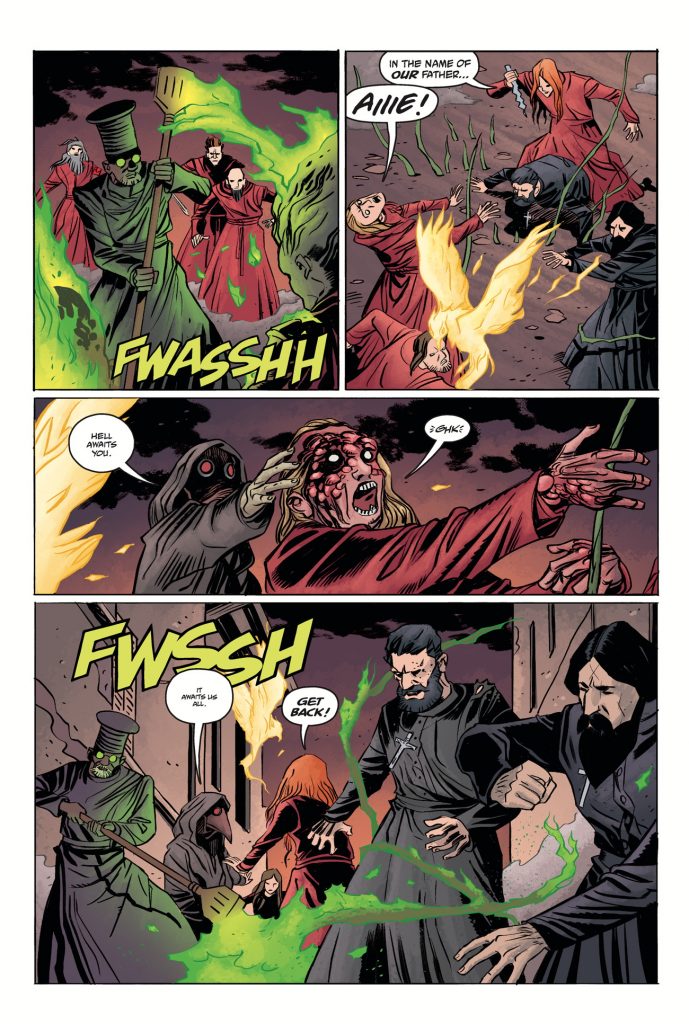 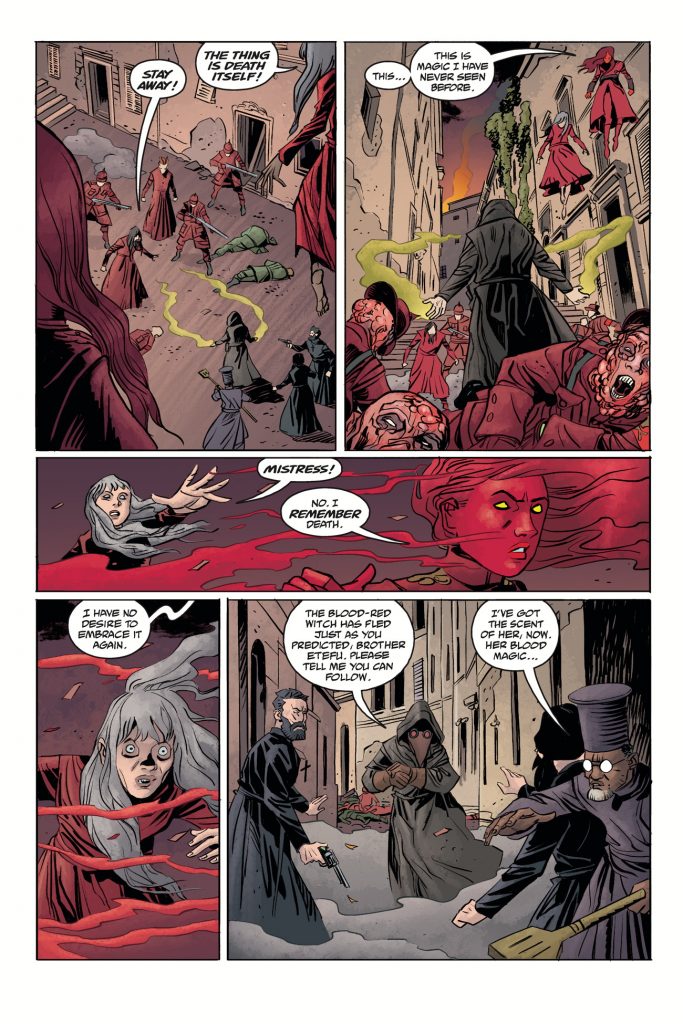 Mignola, Golden, and Bergting show once again why there are pitch perfect storytellers in how they choose to compose their pages. While the trio effectively manage to impart upon readers the magnitude of the scope of the situation Baltimore and his allies are facing, by shining the spotlight on some of the individual battles on the ground floor, we’re invested in the real, human, personal consequences at stake. Bergting brings a claustrophobia to the street-level ruckus that summons the mood that Golden and Mignola seem to striving for. If the preview pages are any indication, the creative team are going to easily stick the landing on the story’s denouement–as if there was ever any doubt.

Baltimore: The Red Kingdom #5, written by Mike Mignola and Christopher Golden with Peter Bergting on art, drops this Wednesday from Dark Horse Comics.

In BALTIMORE: THE RED KINGDOM, Lord Baltimore is missing. The Red King—evil incarnate—is taking over the world. Baltimore’s team has been driven apart, with some of them dying on the frontlines, while others are in hiding. Since the day he set out for revenge on the vampire who killed his family, Baltimore’s fight has gotten bigger than he’d ever imagined, but what role will he take as evil finally threatens to consume the world?

“Working on BALTIMORE has been a gift,” said acclaimed co-writer and novelist Christopher Golden. “From the moment Mike Mignola first called to ask if I wanted to write the novel, and through forty-one issues of the comics series, I’ve felt incredibly fortunate to be able to tell this story, to build this world and these characters alongside an extraordinary group of creators.”

“Drawing the final part of Baltimore’s story is such an honour,” said  Peter Bergting. “I was thrilled when I was asked to join the title, already a few years ago now but I could never have imagined how I would grow as an artist as well. The feedback from my editors, and working with Mike and Chris, has been a learning experience like no other. It’s really a masterclass in storytelling and now that we are approaching the end I don’t even read the entire script before I start pencilling. I read and draw one page at a time. I’m as big a fan of the series as anyone reading it and I turn the pages in the script dreading what’s to come next for our heroes”.

“BALTIMORE is a grim story about vengeance and duty, but I’ve always seen it as having a dark beauty in so many ways,” continued Golden. “Crafting the story with Mike, honing it with Scott Allie and the editorial team at Dark Horse, and especially working with Ben Stenbeck and Peter Bergting on art, and with Dave Stewart and Michelle Madsen on colors, we’ve been able to show readers the dark beauty of BALTIMORE the way we see it. We’re hurtling toward the end now and the final arc is going to seriously mess with reader expectations. I can’t wait till this thing hits stores!”