“Batman: Assault on Arkham balances character and (mostly) dynamic storytelling to make the viewer care about a handful of lesser-known DCU villains.”

Batman: Assault on Arkham shouldn’t work as well as it does. The DC Universe Animated Original Movie focuses on a group of C-list (at best) supervillains whose personalities, on the whole, have been portrayed as one-note in other media. The cards are further stacked against the movie as it is a billed as a Batman tale, but has only a smattering of Caped Crusader in the film. But just like the motley crew of losers who drive the story, Assault somehow manages to get the job done.

Based on DC Comics’ Suicide Squad, composed of villains impressed into service by the United States government in exchange for commuted sentences, Assault is set in the world of Rocksteady/Warner Bros.’s Batman: Arkham video game series. Amanda Waller, who is in charge of the Squad, assembles Deadshot, Black Spider, Harley Quinn, King Shark, Captain Boomerang, and Killer Frost to retrieve the Riddler’s cane, after the villain runs afoul of Waller and is taken into custody. The cane’s location? The den of wolves and madmen known as Arkham Asylum for the Criminally Insane. The Squad must navigate the murky waters of Arkham with a Dark Knight on their tails, along with Waller’s threats and machinations, while negotiating their own conflicting self-interests, working together in order to complete their mission and (maybe) get out in one piece.

A film packed with so many leads could potentially make for muddied storytelling, allowing some characters recede into the background. However, the script, directed by DC Animated U veteran Jay Oliva and Ethan Spaulding, gives all of the Squad’s members their moments in the sun. From the unlikely flirtation of Killer Frost and King Shark, to Captain Boomerang’s scramble to prove himself as Deadshot’s equal, to the thinly-veiled sexual innuendo between Deadshot and Harley Quinn, Assault lets the audience know that these characters aren’t merely a means to move the tale along, but fully-realized personalities in their own right.

Which leads me to a bit of a disclaimer: Batman: Assault on Arkham is not for kids. It’s an animated film starring comic book characters, yes, but there are more ADULT SITUATIONS and sexual double entendres than you’ll find in any of the Christopher Nolan Dark Knight films. Harley Quinn invites Deadshot to see some of her “tight spaces” and the two are briefly shown on camera to be, well, pushing the ol’ joy buzzer. And there’s blood. All sorts of blood. And exploding bodies and heads. In other words, tread carefully before letting your young ones watch Assault. 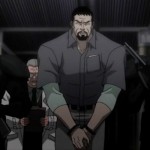 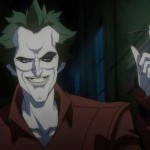 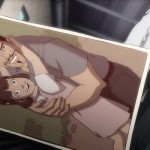 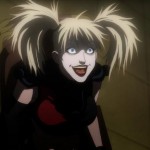 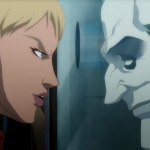 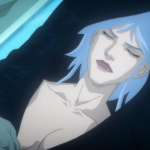 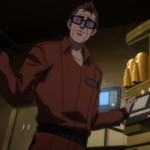 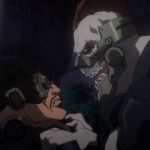 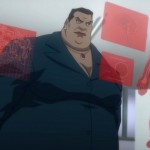 However, that violence and those adult situations, as well as the rest of the film, are animated beautifully. The character designs are modeled after their Batman: Arkham video game counterparts, and while they are stunning, the real standouts in this feature are the facial animation and voice direction. The art makes me believe that the voices coming out of Killer Frost and Harley and Captain Boomerang would belong to those personalities. And while everyone in the cast, including a returning Kevin Conroy as Batman, does a phenomenal job voicing the DC Universe heroes and villains, the MVP of the production is Hynden Walch, who portrays Harley Quinn. Quinn brings a joy and a menace to the role that surpasses her Batman: The Animated Series counterpart. For a character as dynamic and as scattered as Harley, Walch is able to rein in the performance as needed for moments of vulnerability, particularly with her on-again, off-again, paramour, the Joker.

The main obstacle that Assault has working against it to achieve perfection is, strangely, its title character. I’m just going to go ahead and get this out of the way: Batman: Assault on Arkham could use less Batman. It feels weird typing it and, oddly, runs counter to the preconceived notions I had going in before viewing the film. I assumed that a film about C-list DC villains pulling a poor man’s Ocean’s Eleven/The Usual Suspects-type heist would slog along until the moments that the Dark Knight Detective made an appearance. However, the directors and writer have crafted such fully-realized characters with distinct and larger-than-life personalities from the DC Comics’ source material that you forget that Deadshot and King Shark aren’t household names, and you wonder why that’s not the case. That’s why when Batman, whose name is right there in the title, does make his presence known in the course of the story, the action comes to a halt. This in no way is a commentary on the writers’ story or characterization, but, as the straight man he has to be by necessity, Batman’s presence puts a damper on the fast-paced energy that the storytellers have worked so hard to build. This stems from the fact that Batman is not our point-of-entry into the story as he is in most tales centered in his world. We don’t get a glimpse into his motivations other than “Justice.” He plays the part of a plot point to move the action along more than anything else. Even appearances by the Joker feel like they detract from the kinetic dynamic between the Suicide Squad’s members.

Although it stumbles in its integration of the title character into the broader story, Batman: Assault on Arkham is one of the most fully-realized, enjoyable animated films produced by DC Animation in quite some time. The character development and interactions between the members of the Suicide Squad more than make up for the film’s very few shortcomings. And, damn, if it doesn’t make it fun to root for the bad guys.