For the past decade, Kodansha Comics has astonished readers with wrenching apocalyptic tales wrought with deep pathos with their Attack on Titan manga series. Attack on Titan focuses on a world in which humanity has assembled walls around its cities to protect themselves against ever-looming giants who threaten humans’ lives, seemingly at random. While the tales offer opportunities for over-the-top bombast, what makes Attack on Titan so special is that also allows readers to experience the gamut of emotions the series’ protagonists are experiencing.

*Also be sure to check out the included pages from the anthology’s story “Under the Surface” by Scott Snyder, Ray Fawkes and Rafael Albuquerque!

FreakSugar: For folks who might be considering picking up the book, what can you tell us about the Attack on Titan Anthology?

Ben Applegate: It’s a collection of 12 stories based on Attack on Titan, one of the biggest hit manga of the last ten years, by a group of incredibly imaginative, acclaimed creators selected from across all the vastly different styles of comics being drawn today. I don’t think there has ever been a collection of such different takes on the same material, done so well, and there certainly has never been a collaboration between a manga creator and Western comics creators on this scale before. If that idea intrigues you, whether you’re a longtime Attack on Titan fan or a comics reader who doesn’t pick up much manga but might know the creators involved, I would encourage you to pick up the book. 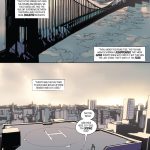 “Under the Surface” page 1 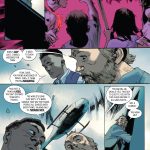 “Under the Surface” page 2

FS: What was the genesis behind the anthology?

BA: Over the last three years, there’s been renewed interest in manga and anime in the United States, and more than ever before, Kodansha has been focused on breaking through in the U.S. market. Since much of that renewed interest came thanks to Attack on Titan, that seemed like a natural place to start exploring new and unique projects. The Japanese creative team and the executives at Kodansha have both been very interested in this idea from the beginning, all the way back in November 2014. And we had a brilliant co-editor on the American side, Jeanine Schaefer, who brought together what really was a dream team to achieve this.

FS: The book has some of comics’ biggest creators contributing their own tales and takes on Attack on Titan. What was the process like for assembling this stable of powerhouse writers and artists?

BA: That would never have happened without Jeanine. Our top priority, aside from recruiting people we knew would do something amazing with the property, was to offer readers as wide a range of genres, tones, and visual styles as we could. This was our chance to show completely new and different takes on the world of Attack on Titan, while still preserving what made it appealing to longtime readers. 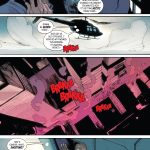 “Under the Surface” page 3 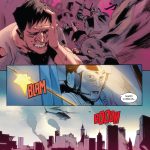 “Under the Surface” page 4

FS: Attack on Titan has sometimes been described at Japan’s The Walking Dead, which I think is a fair comparison, given the similarities both in exuberant fan bases and how each’s conceit presents an array of storytelling opportunities. What do you think is the big draw or draws of Attack on Titan that keeps bringing readers back?

BA: Well, at the beginning, Attack on Titan has all the typical shonen hooks: a big mystery, a terrifying bad guy, a frustrated young kid who overcomes obstacles by sheer gumption, and a colorful team of fighters. But where it really thrives is on subverting reader expectations. There’s a moment where cadets are getting the chance to fight real Titans for the first time. They’re full of passion and eager to use their training to beat down the bad guy. You can almost hear the electric guitars in your head. But then, two seconds into what’s supposed to be the big battle, needle scratch, and they get annihilated. This moment happens very early on, and it’s a clear mission statement from the author: These characters are not safe, the world they live in is a cruel one that does not care about their trivial feelings, and, in the story I’m telling, they are all expendable.

That really made me sit up and take notice, and I think the same is true for a lot of people. But if you stick around and keep reading, you find that the story actually has something to say, as well. Isayama deals with politics, militarism, and personal identity in a surprisingly sophisticated way, if you can look past the surface. Much later in the series, more about the Titans’ power is revealed, and there’s an element that I interpreted as a metaphor for race relations that is so simple and elegant it made me gasp. 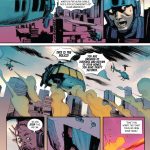 “Under the Surface” page 5 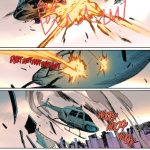 “Under the Surface” page 6

FS: Following up on that, do you think there’s something true to the idea that giants might be the next zombies? We’ve certainly seen a growing interest in giants in the past decade, starting as far back as the giants seen in Brian K. Vaughan’s Runaways over at Marvel.

BA: It’s funny that you ask, because one of Isayama’s goals in drawing Attack on Titan, and certainly in supporting the Anthology, is to create a “giant genre” just like the zombie genre. If you read the Japanese editor’s note in the Anthology, he discusses this. Of course, the strange thing is, as Si Spurrier points out in his story in the book, giants way predate Runaways and even zombies as a genre. Humans have been terrified of giants for thousands of years. They’re in English folktales, Greek myths, the Bible, and countless others. So maybe it’s less that giants are the “new zombies” and more that they’re just making a comeback. 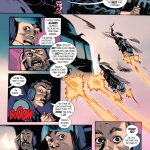 “Under the Surface” page 7 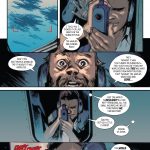 “Under the Surface” page 8

FS: Tonally, the stories in this anthology range from action to horror to comedy, yet none of them feel out of place in the Attack on Titan world. What is it about AoT that allows for such flexibility in storytelling?

BA: Scott Snyder actually addressed this at our New York Comic Con panel last year. Attack on Titan plays on primal fears – fears of mortality and humanity’s insignificance, of complacency and ignorance. Most of all, Attack on Titan wants to rip away the idea that the world revolves around you. We tried to keep those feelings, even if the setting had changed to a comics convention, an old couple’s country home, or the cliffs of Dover. 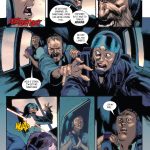 “Under the Surface” page 9 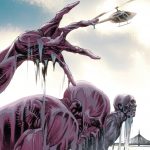 “Under the Surface” page 10

FS: Are there any plans for further Attack on Titan anthologies?

BA: We certainly have big ideas. Not all of them are anthologies, and not all of them are based on Attack on Titan. I can say that there are very important people at Kodansha who were thrilled with the book, to our delight. We should know more in the next few months!