Later this month, Avengers: Infinity War, a Marvel film ten years in the making, will debut, pitting the Mad Titan and would be universe butcher Thanos against the combined forces of the Avengers, Spider-Man, Ant-Man, Doctor Strange, and the Guardians of the Galaxy. While we still have a few weeks to find out how that encounter will pan out, by all indications of the trailers, it ain’t going to be pretty.

In the meantime, while we wait to see who lives, who dies, and whether or not the peoples of Earth and the universe at large have a chance, we’re giving you a chance to see where it all began. That’s right: We’re giving away The Infinity Gauntlet graphic novel!

Collecting issues #1-6 of 1991’s miniseries, The Infinity Gauntlet follows Thanos as he seeks to eliminate half the universe’s population using the six collected infinity gems in order to win the affection of his love Mistress Death. While the Marvel film will diverge from that story a bit, the movie owes much to the original comic story, seeing the world’s heroes and cosmic forces scramble to stop Thanos’ machinations before it’s too late–unless that cosmic ship has already sailed, that is.

For a chance to win, simply head to FreakSugar’s Facebook and Twitter pages, find this link, and leave a comment with the name of your favorite Marvel villain!

The details: Only one entry per social media platform, so you can enter once on Twitter and once on Facebook–meaning, if you have accounts on both, that’s two chances to win! The contest ends on Sunday, April 8th at 11:59 PM Eastern time. 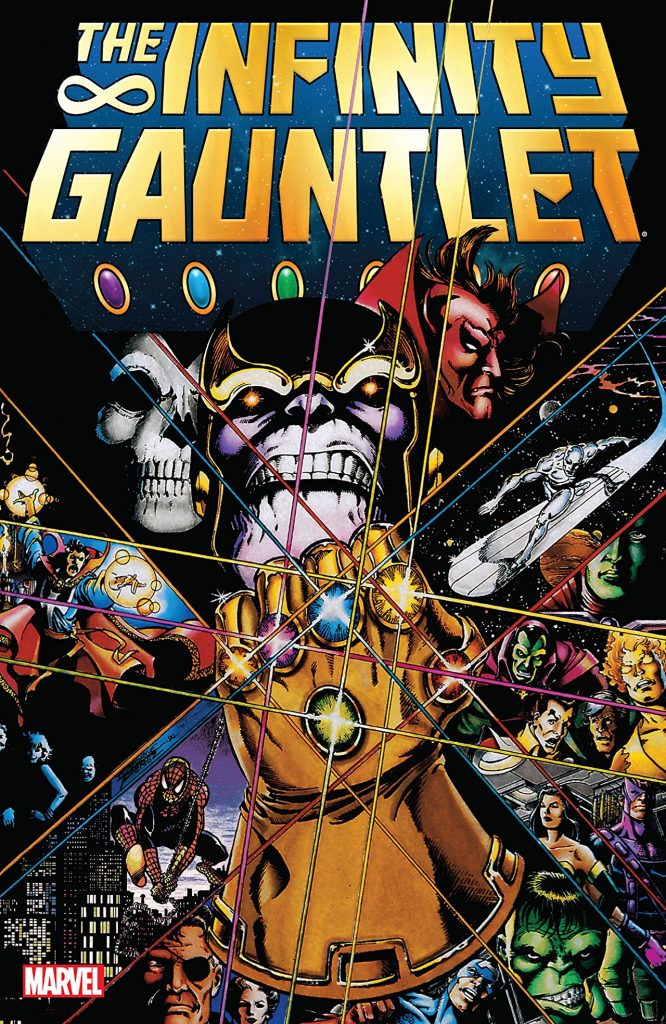