With Marvel Comics heroes Cloak and Dagger experiencing some much-deserved time in the spotlight on their Freeform TV show of the same name, it’s heartening to see a new comic series featuring Tyrone Johnson and Tandy Bowen. It’s even more of a joy to see the duo in such capable hands as writer Dennis “Hopeless” Hallum, illustrators Ruairi Coleman and Francesco Manna, colorist Giada Marchisio, and letterer Travis Lanham, as we experience in this week’s Cloak and Dagger: Negative Exposure #3, collecting chapters 5 and 6. 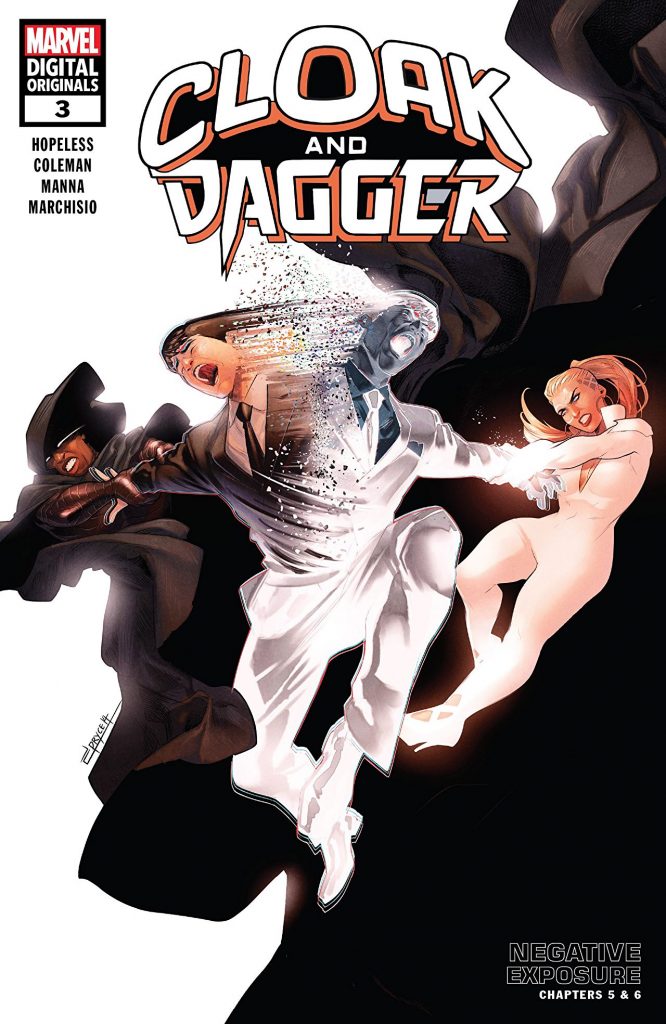 Mr. Negative, now unencumbered by his human anchor Mr. Li, has made a deal with the Devourer from the Darkforce Dimension, the same dimension from which Cloak draws power. In exchange for setting Mr. Negative free from Mr. Li, Negative would set up Cloak as a portal from the Darkforce Dimension to our world. With the stakes never higher, Dagger must attempt to stave off the threat of the Devourer, help save Cloak, and navigate the emotions of her boyfriend and Cloak’s girlfriend—both of whom are none-too-pleased with Cloak or Dagger. 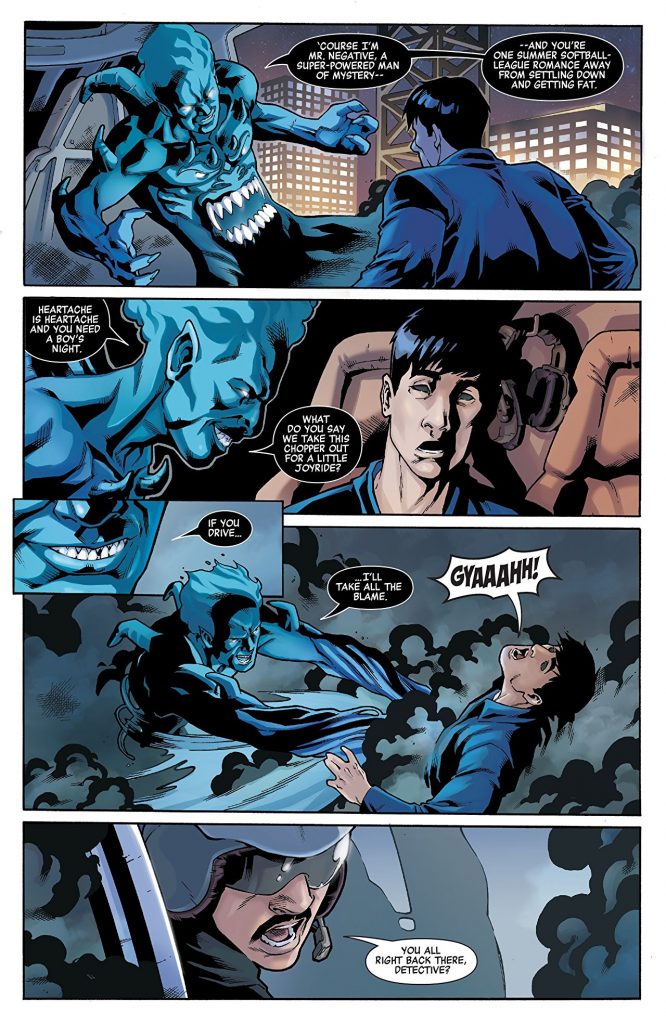 From CLOAK AND DAGGER: NEGATIVE EXPOSURE #3

Hallum is the perfect choice for penning this series, making the stakes feel real for the fate of the world by keeping the focus primarily on the central cast. Their passions mirror the chaos that threatens to overtake the world, and that passion, especially between Cloak and Dagger, has never felt so palpable.

That passion carries over in the linework of both Coleman and Manna, whose Tyrone and Tandy spark off the page. It’s a testament to their skill that they’re able to bring quieter, human moments to the page with the same adept skill as they do crisscrossing real-world vistas and the Darkforce Dimension. Marchisio’s colors assist with that in a big way, making the pages’ pallets pop, which is absolutely necessary when dealing with the lights and darks in a book like Cloak and Dagger. And Lanham shows once again why he’s such a professional, giving us lettering that’s easy on the eyes with great action pieces, particularly when the focus goes to the Darkforce Dimension. 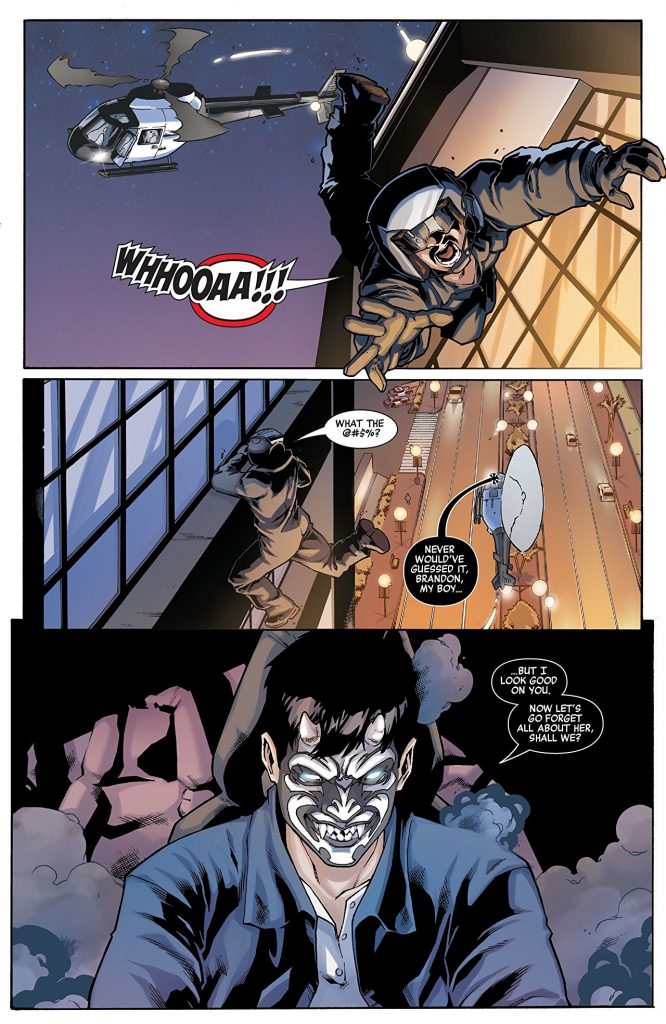 From CLOAK AND DAGGER: NEGATIVE EXPOSURE #3

Cloak and Dagger: Negative Exposure #3 marks the end of the miniseries, but it’d be a shame for the heroes not to be revisited in another miniseries or, hopefully, a full-blown series, particularly if the creative team from this book were to be part of that revival.

Cloak and Dagger: Negative Exposure #3 of 3 is on available now for digital download from Marvel Comics.

NEGATIVE’S TRUE PLANS ARE REVEALED! Forcing CLOAK’s powers to his physical limit, Mr. Negative plans to use Cloak’s body as a portal to summon an eldritch Darkforce god known as THE DEVOURER to Earth. Will Tandy be able to save Tyrone and stop the tide of Darkforce creatures from laying waste to L.A.? Will Tandy and Tyrone ever be able to admit their true feelings for one another? IS THIS THE END OF CLOAK AND DAGGER? Find out in this EPIC SHOWDOWN! A DOUBLE-SIZED Marvel Digital Original you don’t want to miss!