It’s a post-Thanos universe. The Mad Titan is dead. His surrogate daughter Gamora—once a member of the Guardians of the Galaxy—is eluding the grasp of many who would see her killed. And, in Guardians of the Galaxy #2, on sale now from Marvel Comics, various pieces on the cosmic chess board are moving into place, with those deciding what to do about Gamora and the possibility that Thanos’ consciousness has been transferred into her. 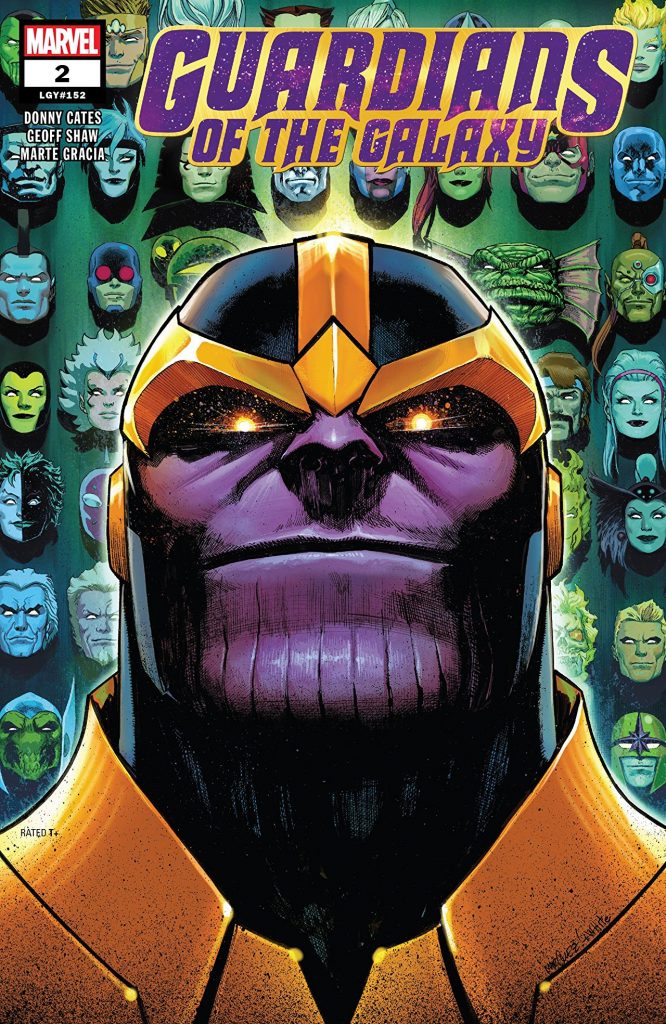 GUARDIANS OF THE GALAXY #2 cover

Got all that? Because, hot damn, writer Donny Cates, artist Geoff Shaw, colorist Marte Garcia, and Cory Petit know how to pack a starship’s worth of plot and action into a story, and we’re only on issue two. Without even seeing Gamora, the creative team manages to stress the danger and peril that she faces, with so many wanting her dead and few of her former allies wanting to come to her aid. Will Peter Quill—Star-Lord—be able to forgive Gamora’s betrayal? Will friends like Groot and Beta Ray Bill be able to stave off killing blows from the likes of Cosmic Ghost Rider, Gamora’s uncle Eros, and her sister Nebula? Add in the threat of the Black Order and Hela, the queen of Hel, and the walls are closing in on Gamora. 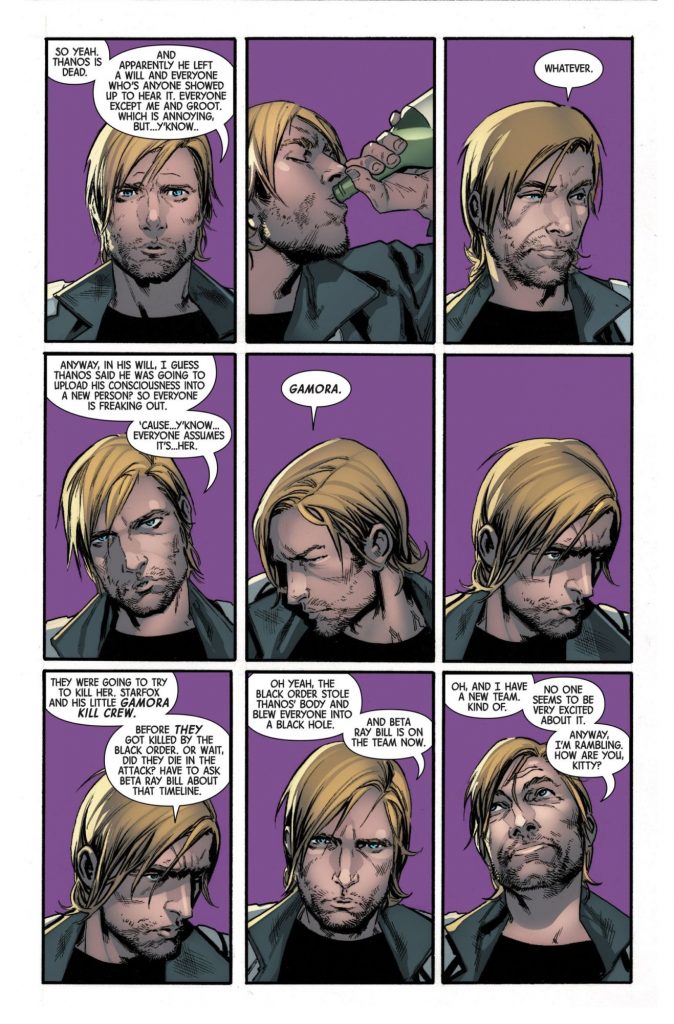 From GUARDIANS OF THE GALAXY #2

(And can we just remark on the acting that Shaw renders in the issue with the characters, page after page? Especially with Star-Lord: the conflicted emotions Shaw brings forth pop out of the book.)

Guardians of the Galaxy #2, while, on the surface, appears to be only a race to stop a monstrous villain from reappearing, Cates, Shaw, and the whole team weave a story of the limits of friendship and family and how far loved ones are willing to go to save those who have been written off by others. We all have decisions to make, even when it comes to those closest to home and hearth, and the Guardians are going to have to come to a consensus about what to do concerning Gamora before her time runs out. And this series has on the edge of our seats wondering what they’ll do next.

Thanos is dead… Long live the NEW Thanos! But who will it be?! Will the new Guardians of the Galaxy find that person in time before the universe comes crashing down?