The past sometimes never dies, a lesson Jessica Jones has been unfortunate enough to contend with over the years. Zebediah Kilgrave–the Purple Man–has plagued Jessica’s life since her early days as a superhero, using his mind control powers to commit heinous acts both upon her and to use her abilities by proxy to horrible ends. With his death, though, Kilgrave should no longer be casting a shadow on her life. However, with her and Luke Cage’s daughter Danielle skin turning purple recently, Jessica continues her investigation into whether the Purple Man is truly dead in Jessica Jones: Purple Daughter #2 of 3, available for digital download now from Marvel Comics. 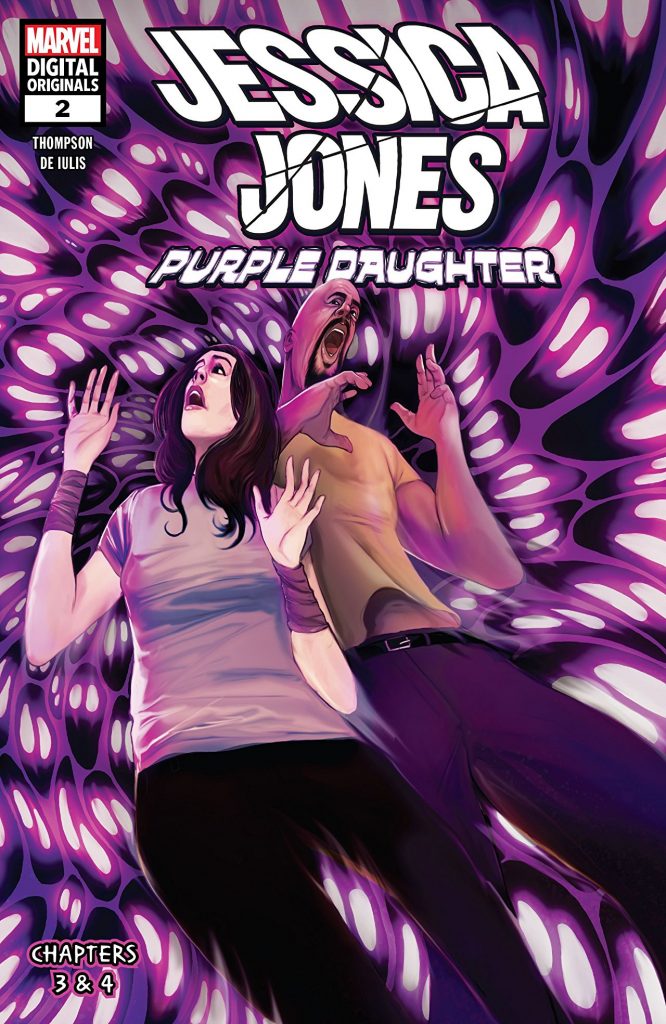 Written by Kelly Thompson, with art by Mattia De Iulis and lettered by Cory Petit, Purple Daughter #2 sees Jessica enlist the aid of both Daredevil and Emma Frost to find ways and means to stave off whoever–be it the Purple Man or some other monster–is polluting Jessica’s world. Meanwhile, Luke wrestles with the thought of Danielle not being his child and what that could mean for his family. Thompson pours such raw emotion into them both that crackles off the page, with the two vacillating between sorrow, anger, and purpose at any given time–just as you’d expect them to react. Jessica is such a verbal character, talking or monologuing so much, that some of the more affecting parts of the book are when Thompson lets Jessica emote without saying a word. De Iulis beautifully pairs with Thompson in that regard, as the facial reactions brought to every page alternate between gorgeous and haunting.

Not that it’s not fun to read Jessica’s tête-à-tête’s, particularly with Emma Frost, who is historically snarky and here gives Jessica a run for her money in the sass department. They give as much as they give, and it’s a joy to read such repartee in the hands of someone as skilled as Thompson. Petit’s lettering, as always, is clean and utilized perfectly, making the reading experience a breezy one that’s easy on the eyes. 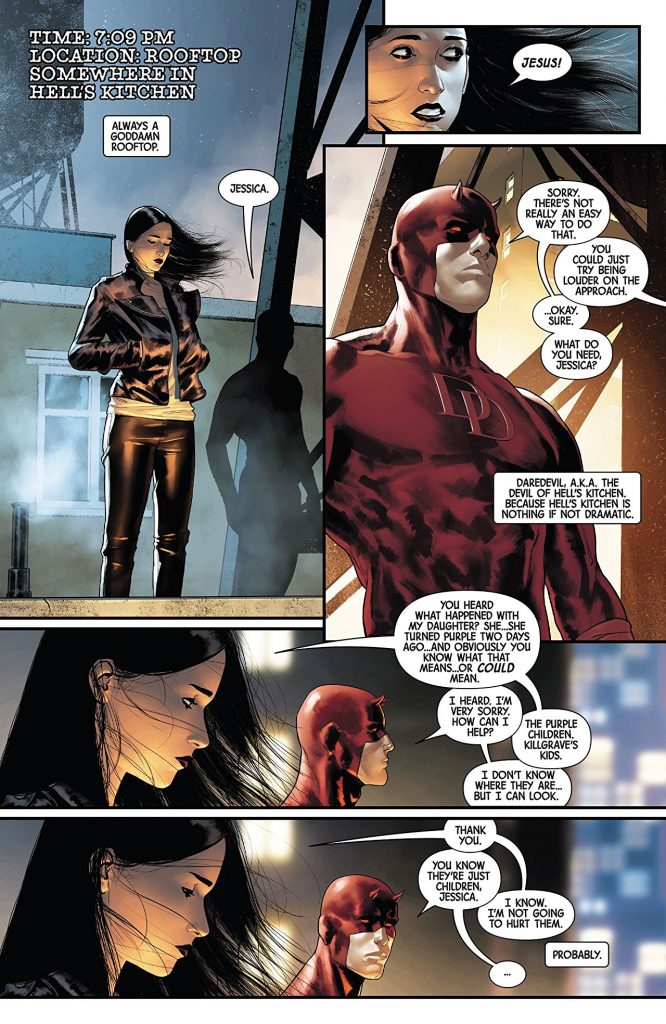 Jessica Jones: Purple Daughter #2 leaves us with a hitch our breath and a lump in our throat the entire issue, aching for Jessica as she deals once again with the legacy of the Purple Man infecting her family’s lives and worried for when the other purple shoe will drop. As much as the Purple Man has become Jessica’s primary villain over the course of her history, Thompson, De Iulis, and Petit demonstrate that there is much terror, pathos, and heroism to mine out of that relationship.