While I have admittedly not read every issue of the current Venom series from Marvel, what I have read has always been fun and engaging, breathing life into the character of Eddie Brock and his alien symbiote partner. That’s a big part of why I was eager to read the first issue of King in Black, which debuted this week. More importantly, however, I trust writer Donny Cates. From his work on Thanos to Thor to Venom, Cates has shown time and again that he isn’t afraid to swing for the fences and tackle Big Ideas, while keeping the heart in a story that makes us care beyond the spectacle. 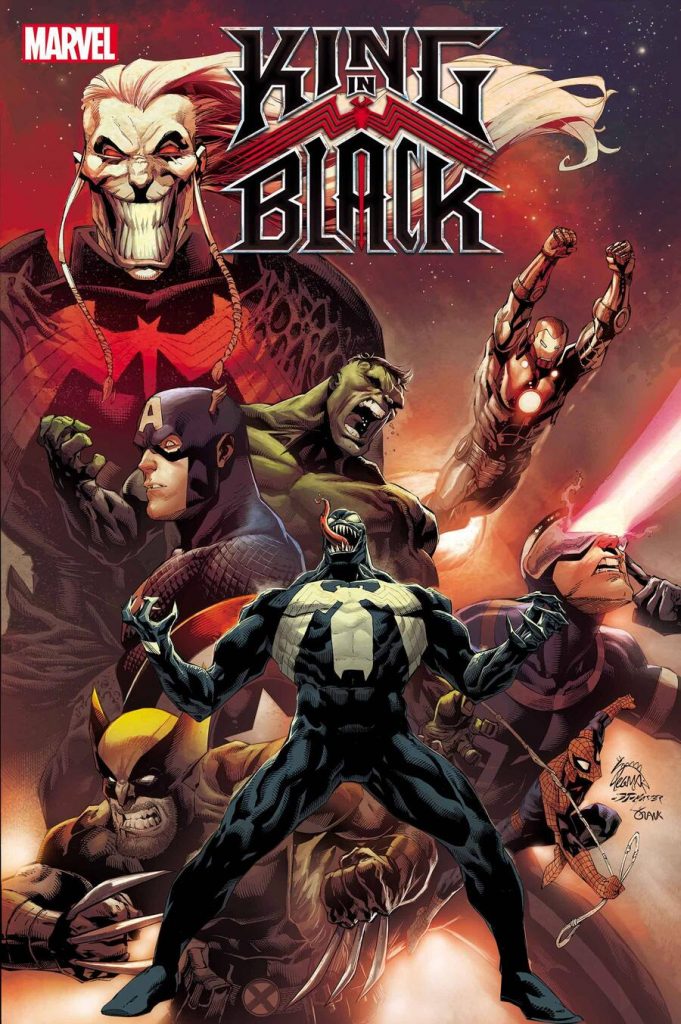 Brought to readers by Cates and the team of artist Ryan Stegman, inker J.P. Meyer, colorist Frank Martin, and letterer Clayton Cowles, King in Black is the culmination of the groundwork the five have been laying from the newest Venom series and the Absolute Carnage event. For those who haven’t been keeping up with those stories, however, the story can be enjoyed by latching on to this basic concept: Knull, the god of the symbiotes, has come to Earth to raise havoc with his dragons. (Yes, dragons.) The combined might of the planet’s heroes—including the Avengers and the X-Men—attempt to stave off Knull’s onslaught, and I won’t spoil how it goes in this debut issue. All the while, Eddie/Venom acts as the heroes’ point man, as he has the most experience with Knull, while also trying to keep his son Dylan safe from the invasion.

The issue is stacked with striking images and an intro that is en media res, with nods from Avengers books past to the story that the team has laid the foundation for in Venom and Absolute Carnage. However, while that foreknowledge will enrich your reading experience, to appreciate King in Black, all you have to do is know that Earth is in peril, Venom is your through character, and sit back and enjoy the mayhem. 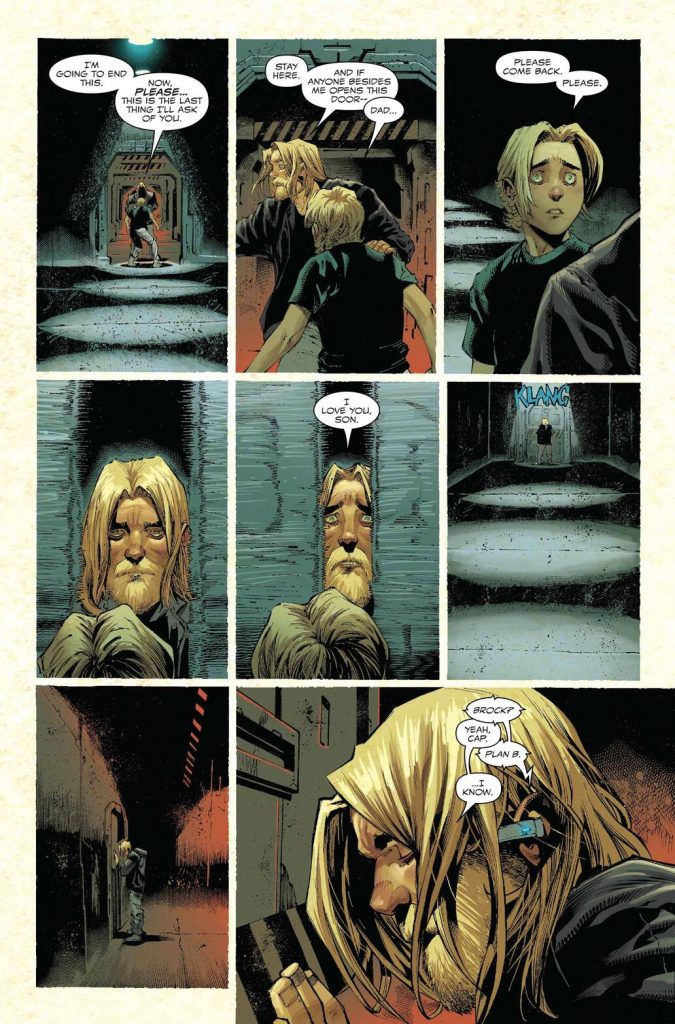 What makes issue 1 work, though, is how Cates and company showcase the relationship between Eddie and Dylan. From his inception, Venom has always been a protector of those he sees as innocent, but that’s largely been in the abstract. Under Cates’ pen, however, Eddie himself has an innocent that is near-and-dear, and there are immediate, concrete, personal consequences to his actions. You can feel the alternately resolved and panicked demeanor Eddie displays from panel to panel. Of course, that effect is also in large part due to Stegman’s pencils, who always skips between the Big and Small moments well, but particularly in a world he and Cates have occupied for quite some time. Meyer and Martin make Stegman’s lines come alive, giving a weight to what feels like the end of all things. And when Knull speaks, thanks to Cowles, you believe a god is addressing the characters and the readers. It cuts through all of us onlookers.

2020 has given many of us a tight feeling in our chests every day, wondering “What’s next?” whenever we turn on the news or open our social media apps. Whether they mean to our not, the team behind King in Black tap into that dread, but rather than shy away from it, they embrace it. If it feels like the world’s on fire, why not have fun with it?

King in Black #1 is on sale now from Marvel Comics.