“Every piece is thoughtfully placed so that there are not only ‘oh my god’ moments, but those moments have a weight that impacts both the characters and the narrative thread being woven.”

One of the best compliments I can give Savage Avengers #8 is that it is a comic book series that is not afraid one iota to swing for the fences, and that swing always invariably ends in a home run. The team of David Pepose, Carlo Magno, Epsen Grundetjern, and Travis Lanham bring a kitchen sink mentality to each and every installment, but a thoughtful one. Every piece is thoughtfully placed so that there are not only “oh my god” moments, but those moments have a weight that impacts both the characters and the narrative thread being woven. 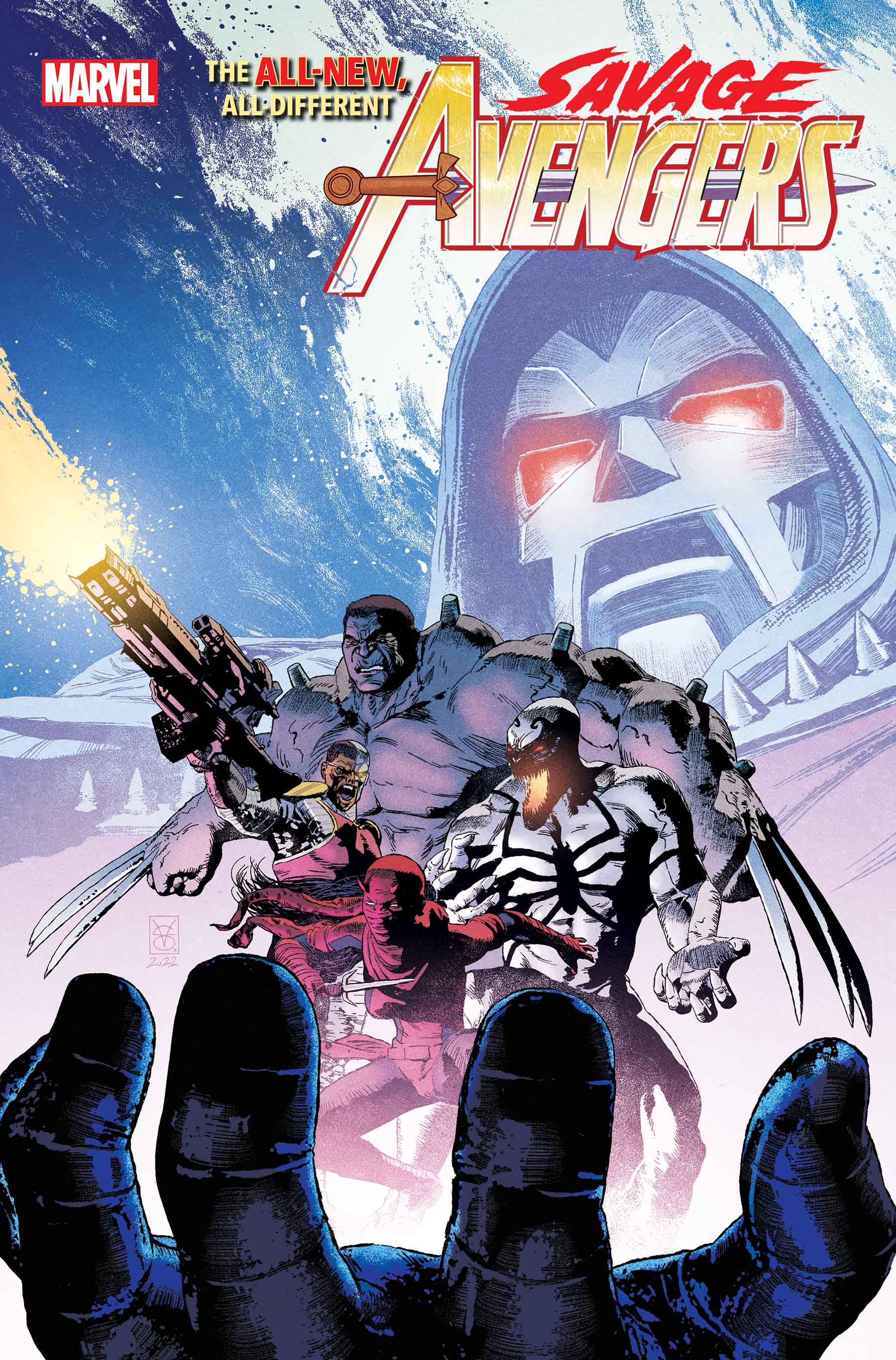 And, oh my god, Savage Avengers #8—out now from Marvel Comics—follows that pattern in a phenomenal way, in probably the best issue in a series of great issues. With the team on the run after contending with Ultron and countless Deathloks in the year 2099, their salvation has rested with the heroes forming a shaky alliance both with the Punisher and Doom of that far-flung future. Whereas some books might use this chapter as excuse to let the characters get their bearings while evading Ultron and company—an interlude issue—the comic is called Savage Avengers for a reason. There are no breathers, only break-neck action.

However, that’s not to say character is neglected; on the contrary. It’s in those pressurized moments that we see the little character moments come out: from Cloak’s hand-wringing at telling Dagger his inner thoughts to the perpetually slipper Doom making it unclear where his loyalties lie to Miles/Deathlok feeling the guilt that all Spider-Men (current or former) tend to feel. And while those glimpses into the heroes’ souls are scattered here and there, they are peppered just enough to give meaning without feeling overwrought. 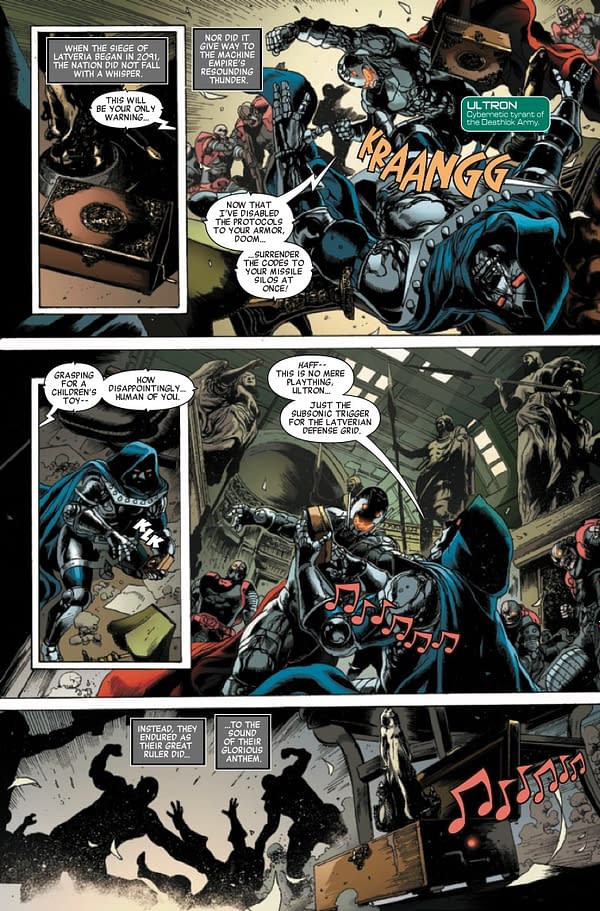 It’s that balancing act that highlights why Magno is the perfect hand to render the team’s exploits. There’s a kinetic feel to every line stroke on the page: from Miles Morales fending off a horde of Deathloks to Doom showing the breadth of his power, nothing feels stiff and staid. Even the quieter moments between Flash Thompson and a brooding Miles—Spider to Spider—is dynamic. Even when the characters are sitting still, there’s an energy to them that the boxes of the page barely contain. Again, this book is called Savage Avengers for a reason.

Not that there’s much time for Miles to brood. It’s so difficult to write about this issue without spoiling the whole megillah because focusing on any one part will spoil this entire chapter of Savage Avengers. And it’d be shame to be spoiled on such a packed issue where there’s a hitch in your breath the entire time.

Savage Avengers #8 is on sale now from Marvel Comics.

In the year 2099, Ultron has subjugated the future with Deathlok technology. Yet nowhere is resistance fiercer than the shattered kingdom of Latveria, as DOOM 2099 and his ramshackle army of Doombots wage endless war against the Machine Empire! With 2099’s most powerful champion on their side, can Jake Gallows and the Savage Avengers find salvation within the rubble of Tiger Wylde’s fortress? Or will our heroes finally fall before Ultron’s irresistible might? Don’t miss the shocking twist that will leave Marvel fans on the edge of their seats!

Bite-Sized Review: SAVAGE AVENGERS #8 (2022)
SAVAGE AVENGERS #8 is the definition of "breakneck action," while allowing for smaller character moments that stay true to the mission of the book. Our 10/10 review.
10Overall Score
Reader Rating: (0 Votes)
0.0