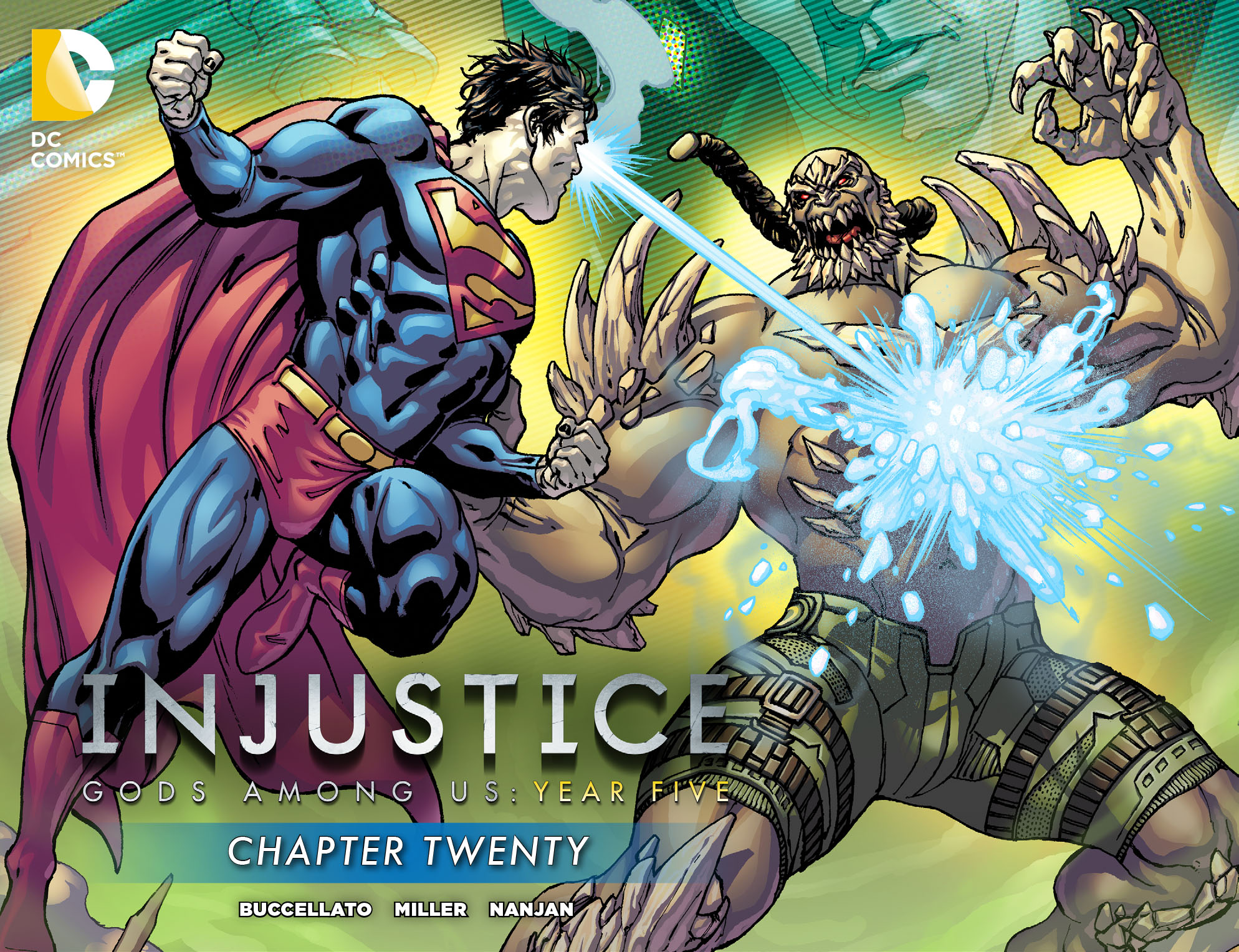 The conceit of DC Comics’ Injustice: Gods Among Us, in case you didn’t know: In another reality, Superman, after the loss of Lois Lane, has grown weary of the chaos that chokes the world and sets himself as Earth’s sole arbiter of justice. While Superman is aided by heroes who sympathize with his point of view, Batman—naturally—bristles against Clark’s methods and leads a resistance against the Man of Steel-turned-dictator. Naturally, some folks are going to be collateral damage in this war of ideologies, as we see with poor Bizarro in Injustice: Gods Among Us – Year 5: Chapter 20.

In this climax to the Bizarro story that has been running through the series recently, the confused copy of the Metropolis Marvel is attacked outside Superman’s Fortress of Solitude by a mind-controlled Doomsday. Lex Luthor, who has tentatively joined Kal-El’s ranks, is using Doomsday as his puppet at Superman’s behest as the Man of Steel watches the slugfest from afar. When it appears that Doomsday can’t handle Bizarro’s might, Superman steps in, to disastrous results. A combination of poor calculations and Luthor’s behind-the-scenes machinations lead to a truly tragic, somber finish.

Bizarro has always been one of the most pitiable characters in the DC universe, wrenched into a world where he never quite fits, but desperately wants to live up to the legacy of the original Superman. Writer Brian Buccellato’s is a brilliant sadist: The ultimate fate of Bizarro unexpectedly punched me in the gut more than I expected. Bizarro’s confusion as to why Superman attacked him, as the clone points out that they are brothers, was an emotional slap in the face. Superman is the closest thing Bizarro has to family and, most likely, the person who the clones looks to how to act in a sometimes scary world. In this chapter, Bizarro was a puppy dog I wanted shielded and you can see that Kal-El felt a bit of guilt in the process as well. Artist Mike S. Miller knows how to pace a fight scene, but the chapter truly shone when Bizarro entered the picture. The range of emotion running across his face really sold the tragedy of the affair and married well with Buccellato’s plot.

Injustice: Gods Among Us – Year 5: Chapter 20, written by Brian Buccellato with Mike S. Miller on art, is on sale now for digital download from DC Comics.