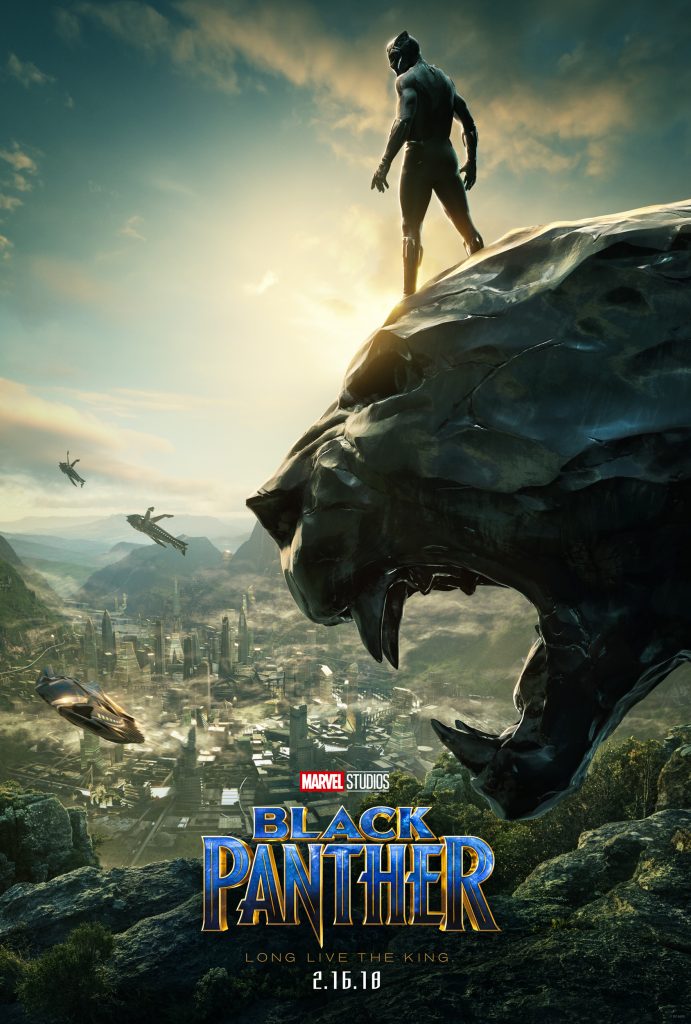 What is really striking about the poster is the craftsmanship that the artist applied to the composition of the image, starting with T’Challa himself. While it’s clear that the Black Panther is the focus, it’s always an anchor to pull viewers’ eyes down to the technological marvel that is the nation of Wakanda. Sci-fi spires seem to grow out of the terrain itself, with the skies peppered with flying ships straight out of a cleaner Blade Runner. However, what’s especially interesting is that while the poster highlights the kingdom, T’Challa himself is set separate and apart from it, signifying the weight that the crown presses upon the king/hero. Looming on a sculpture of a feline head, it’s clear that he’s the people’s protector, but, at the same time, that responsibility keeps him removed from those citizens. It’s such a smart poster and indicative of the care that Marvel is taking with every aspect of the film.

From the official movie synopsis: