DC Comics/Vertigo Comics’ Tim Hunter is said to be destined to be the greatest user of magic of this age, for good or for ill. However, as we’ve seen in the Vertigo’s books such as Sandman and The Dreaming, the path to learning the wherefores and whys of magic is rarely, if ever, an easy one.

And Tim will have to learn that lesson again in this week’s Books of Magic #1, the newest series to debut to fall under the umbrella of Sandman creator Neil Gaiman’s new universe of Vertigo titles. Written by Kat Howard—with Tom Fowler on art, colored by Jordan Boyd, and lettering by Todd Klein—Books of Magic will follow Tim as a teacher in his school takes note of him and his potential. She offers to guide Tim on his quest to be able to wield magic properly, but her true intentions are not clear thus far.

Fans of Tim’s various appearance—stretching all the way back to his first in Gaiman’s Books of Magic miniseries to the present—will find callbacks to old tales and new details to learn about Mr. Hunter. As for folks who are just discovering the young man and his yarns for the first time, they will find the first installment to be incredibly new reader-friendly.

Ms. Howard spoke with us recently about the idea behind Books of Magic, where we find Tim Hunter at the beginning of the first issue, what Tim will learn about the nature of magic as the series progresses, and what we can expect to see in the book going forward. 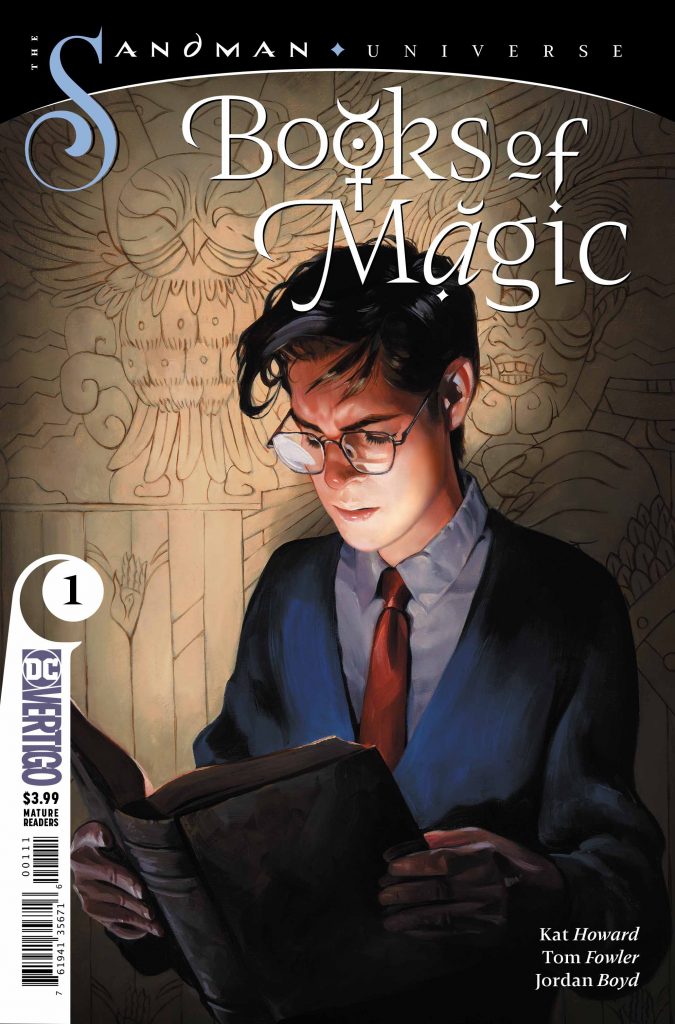 FreakSugar: For folks who may not be familiar with Tim Hunter and his world, what is the idea behind Books of Magic?

Kat Howard: Timothy Hunter is a normal boy, growing up in London, who discovers that he has a magical destiny. If he chooses magic, he will become the most powerful magician in the universe, and he will either do immense good or immense evil. So no pressure. 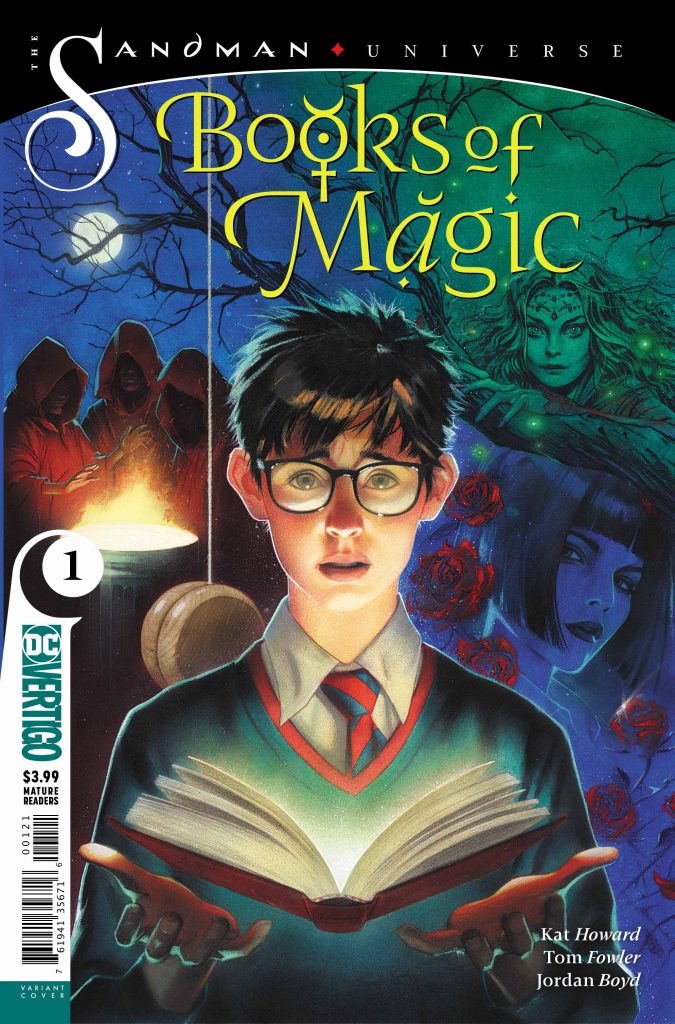 FS: Tim seems at loose ends in the first issue. He knows what he wants to do, or thinks he wants to do, but he’s frustrated about how to do it and the details associated with it. I feel like we’ve all felt that at one point or another, especially at his age. How would you describe Tim and where we find him?

KH: I definitely wanted to bring in that sense of frustration. Just because Tim has power, doesn’t mean he fully understands how to use it, or comprehends the consequences of that use. So part of what readers will see is Tim growing into his magic. They’ll also see how the knowledge that he has this power affects who he is as a person, and how who he is affects his magic. It was really important to me that we see Tim making choices, and that those choices grow out of the circumstances of his mundane life as much as his magical one. 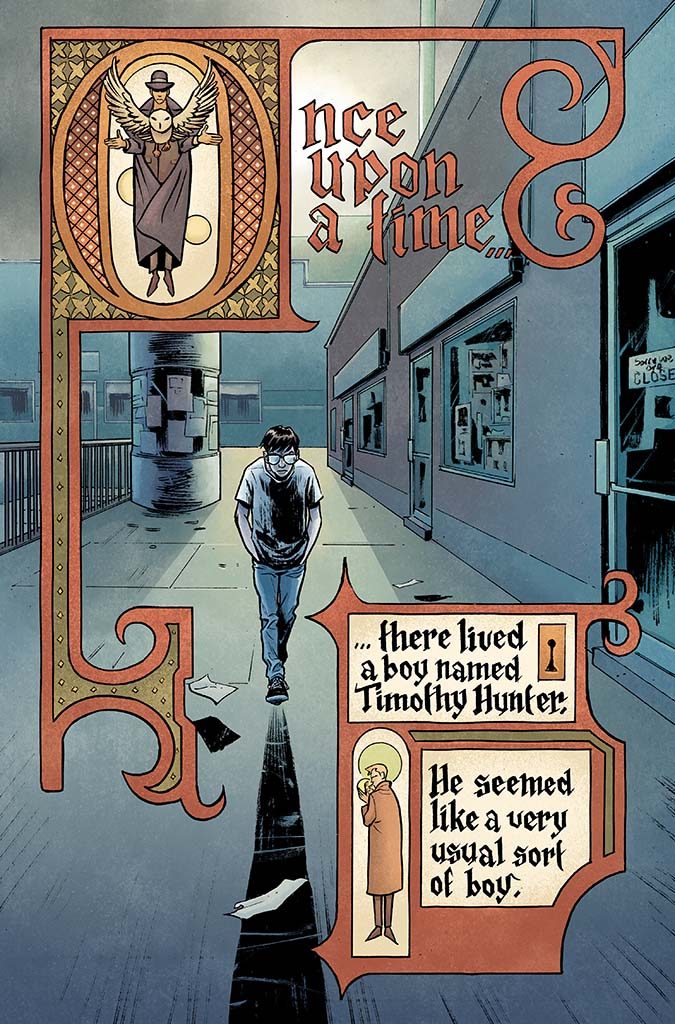 FS: Following up on that, Tim has had tragedy and heartache befall his life. Do you feel that moves him in his desire for magic in his life?

KH: It definitely does. Tim is keenly aware that people around him, his father in particular, are hurting. And like all of us, Tim doesn’t want to see the people he cares about suffer or be in any kind of pain. So he’s definitely motivated to use his magic to – as he sees it – fix things. To make that pain better. But one of the things that Tim will have to learn is that no one has the right to “fix” others without their permission, no matter how good their intentions might be, and that magic doesn’t automatically set everything right. 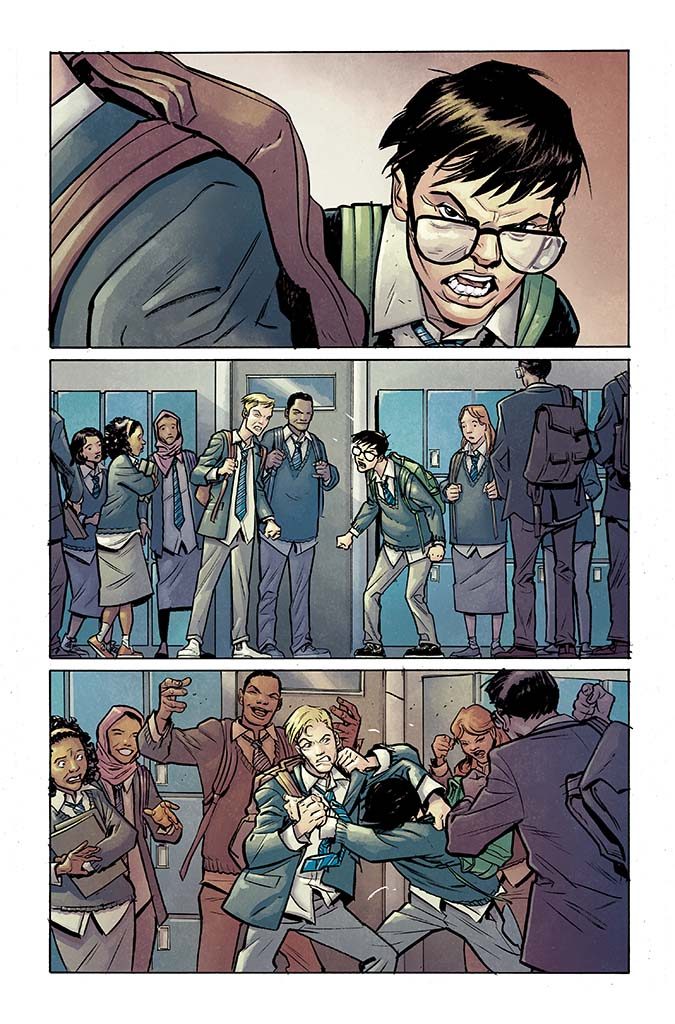 FS: Tim’s teacher seems to know a good deal about Tim and his potential abilities. What can you tell us about her and her interest in Tim?

KH: Dr. Rose is Tim’s new teacher, and readers of the previous Books of Magic series may well recognize her. She does have knowledge of Tim’s ability, and an interest in how he uses that magic. It’s an interest that Tim may not always agree with.

FS: I’ve read many of Tim’s tales, and this book feels very new-reader friendly. Was that one of your mission statements when starting the series?

KH: Absolutely. I wanted any reader who was new to Books of Magic or to comics in general to feel like they could pick up the first issue and be welcome in the story. 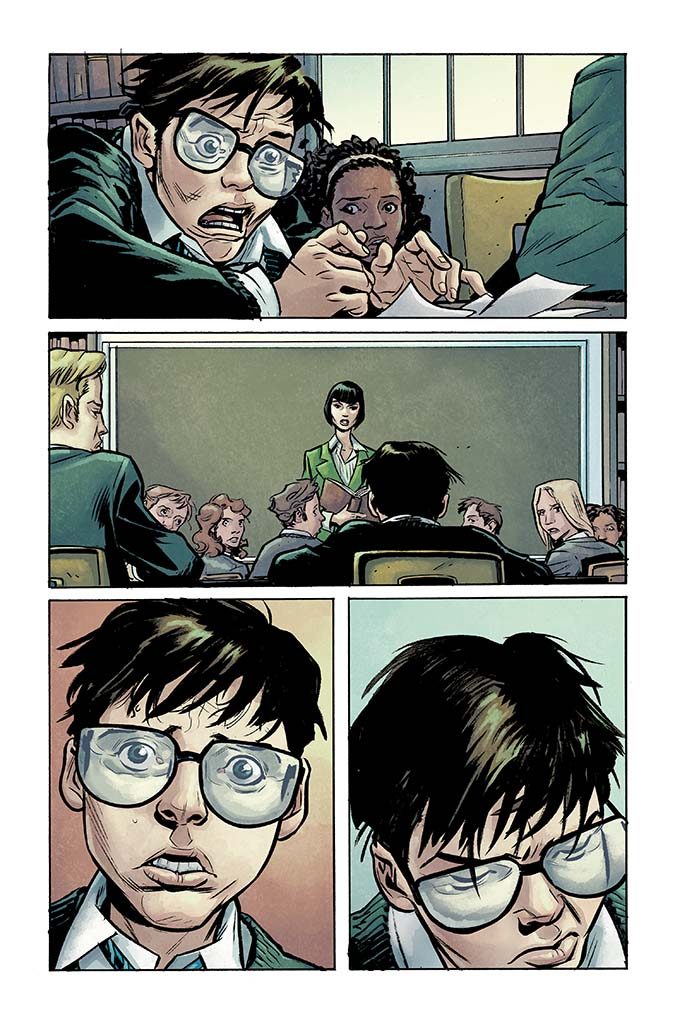 FS: Following up on that, can longtime followers of Tim Hunter expect to see callbacks to his various past adventures?

KH: Yes, there are definitely callbacks to things in Tim’s past, and characters that readers of Books of Magic and of Sandman will recognize.

FS: The first issue blends the mundane and the magical beautifully to bring the competing aspects of Tim’s world to life. What can you tell us about your collaboration with the rest of the creative team?

KH: Thank you! I’ve been incredibly lucky in the creative team that I get to work with – Tom Fowler’s art, Jordan Boyd’s colors, Todd Klein’s lettering. They’re all doing amazing work, and I’m really enjoying the collaboration. 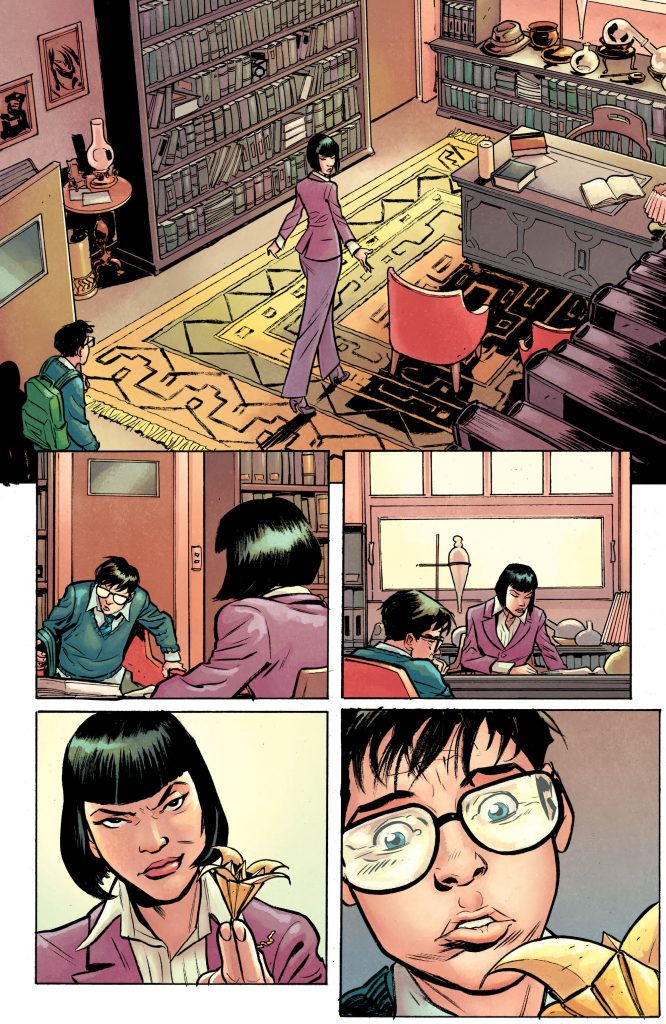 FS: Is there anything you can tease about what we can expect to see next issue and in the series going forward?

KH: We’re definitely going to find out more about what the Books of Magic are, and Tim may go to some very interesting places in his search for them. Tim’s going to have to deal with a death cult that’s after him, and possibly also after people he cares about. He uses his power in ways even he doesn’t anticipate, and we meet a really cool owl. I hope you’ll join us.

Books of Magic #1 goes on sale this Wednesday, October 24th, from DC Comics/Vertigo.

From the SANDMAN UNIVERSE #1, it’s the return of Neil Gaiman’s magical morality fable in an all-new series written by Kat Howard (Roses and Rot, An Unkindness of Magicians) and drawn by Tom Fowler (DOOM PATROL)!

Timothy Hunter may be destined to become the most powerful magician in the universe, but he’s still a London teenager, and having magical abilities complicates things more than it helps. It’s not like he can use magic to pass his exams, stop being bullied or convince his cute friend to date him. And while Tim’s trying to live his life, there are cultists who want to kill him, believing his power will eventually corrupt him into becoming a merciless mage. Oh, and those are the good guys. Luckily, his new substitute teacher is more than she appears, and may be able to help Tim discover the mystery behind the Books of Magic…