Boy Meets World has a special place in the hearts of adults who grew up during the time of the ABC network’s TGIF weekly block of family-friendly programming. Cory Matthews–the “Boy” in question, played by Ben Savage–learned about life and his place in it as he grew up, watched over by teacher Mr. Feeny and sharing a bromance with his best friend Shawn Hunter.

Perhaps one of the series’ biggest draws, however, was the courtship between Cory and paramour Topanga Laurence, portrayed by Danielle Fishel, the “will they, won’t they” of teen angst on full display. Now, if you’re properly bitten by the nostalgia bug, you can own your own Cory and Topanga Funko Pop figures of your very own to reenact their romance! 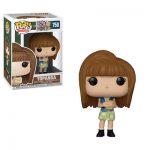 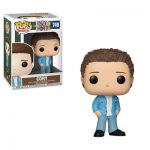 Will Cory and Topanga stay together? Will hearts be broken? Will Shawn run afoul of the law? You have the opportunity to recreate so many iconic moments! (Except for the Shawn bit–he doesn’t have his own Pop!… yet.)

Relive the magic of the ‘90s and the awkwardness of coming of age with Cory and Topanga, two classic TV sitcom icons and proof that love conquers all. Whether you’re looking for companions while you watch classic ‘90s shows or need a reminder that true love exists, Pop! Cory and Topanga are the perfect pals.