In Netflix’s Jessica Jones season 1, actress Carrie-Anne Moss—known for roles in such films as Memento and The Matrix trilogy—portrayed lawyer Jeri Hogarth, a manipulative, highly competent, powerful attorney who’s not above scuttling about the edges of the law to meet her professional and personal ends. Often employing Jessica for her detective skills and sleuthing acumen, Jeri enacts machination after machination in an attempt to put Jessica under her thumb. As we see in the final episodes of season 1, however, Jeri’s overreach proves disastrous for those closest to her, including her estranged wife, who loses her life in the process. 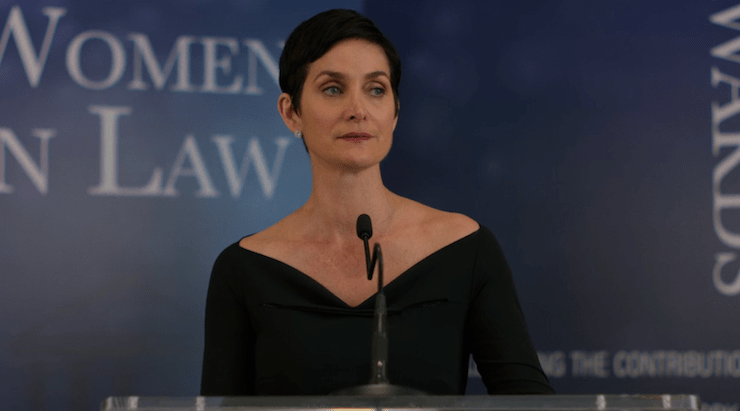 However, Jeri has pressed on as we find her at the start of season 2. “We see her at the top of her game,” Ms. Moss tells FreakSugar in an interview about the season. “She’s receiving an award for her work. However, gets news that rocks her life and makes her confront her own mortality.”

Spoilers below for Jessica Jones season 2

After being diagnosed with Amyotrophic lateral sclerosis and told she has eight years to live at best, she begins to “spiral down,” the news “affecting how she approaches the problems in her life, as it would for anybody.”

One of those problems comes from her law partners, who want to force Hogarth out of the firm using a medical clause in her contract. While her relationship with Jessica is strained at best, Jeri’s new struggle is an impetus for her to contact Jessica, not just for help, but as a peace offering of sorts. 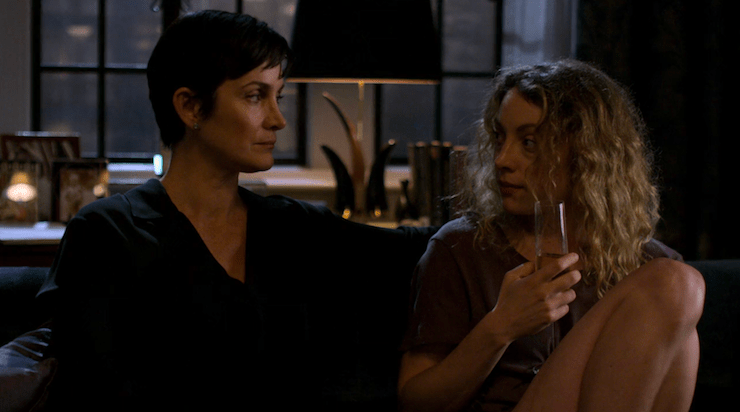 It’s that strength that Moss finds appealing as an actress. “I like that she is so strong and empowered and doesn’t apologize for that power. She’s worked hard for it and this season we see the other stuff that’s underneath that drive.”