Welcome back, campers! Today we’re Catching Up with the Marvel Legends Infinite/Spider-Man Rhino Assortment. This wave features two much-demanded ladies and a bunch of other fine work. Let’s start with . . .

White Tiger: White Tiger surged in popularity with her arrival in Ultimate Spider-Man on TV and in Avengers Academy in the comics. The figure is a natural for inclusion, and looks great. For one thing, the sculpt is clearly the body of a teenage female, and having those pieces in place bodes well for the future of characters like Kamala Khan. That aside, it’s got a great distinctive look, with a white that pops and nice green details. The separate jade amulet piece is well-done. I also can’t say enough about Marvel Legend hair lately. This is just a nice figure. (Includes Rhino torso)
Misty Knight: YES. I’ve been wanting Misty Knight for quite some time, and it’s a joy as a collector to see her here. I’ve heard that the eye deco was inconsistent on some figures, but mine was fine. Misty has a great look overall, and her height is realistic in comics terms, putting her squarely above White Tiger was also, appropriately, below Valkyrie and Thundra (both from the Hulkbuster assortment). I’m also a sucker for blasters/pistols that actually go into holsters (as opposed to immobile sculpted add-ons). And again, THE HAIR. This IS Misty Knight, kids. I’m delighted that the figure exists, and I’m frankly thrilled that it’s this good. A+, Hasbro. (Includes Rhino torso)
Scarlet Spider: Unless I’m seriously mistaken, this is the first appearance of the Scarlet Spider in the line since the Spider-Man Classics assortment many years ago. This one is excellent. Great sculpting, sharp paint ops, and the kind of poseability you’d expect from a Spidey. The extra hands are totally sensible, and very ’90s pouches actually look functional. Even if you don’t like the Scarlet, he’s a logical choice, a great update, and a colorful figure for displays. (Includes Rhino heads)
Kraven: And speaking of upgrades . . . wow. I was skeptical of Kraven, but man, what an impressive re-do of a classic Spidey villain. There’s a kind of power that just radiates off of this figure out of the box. You can study it with the amount of detail, from the obvious lion-mane vest to the feathers on the spear. Honestly, it’s just badass. And I was a skeptic! (Includes Rhino leg)
Chameleon: Not only is Chameleon a “value-add” figure, but some collectors may want to buy multiples. Why? The alternate heads present convincing versions of both J. Jonah Jameson and Hammerhead, two characters that a lot of Spider-fans would be happy to put on the shelf. The body is a basic suit-and-tie expression, but the facial sculpts are the real stand-outs of the presentation. The main Chameleon head really captures the smoothness of the comic character’s features, and other heads nail the attitude of JJJ and the distinctive “Dick Tracy villain” forehead of Hammerhead. The figure also comes with a pistol, an automatic shotgun, and a stylize machine gun that’s ideal for the Hammerhead choice. (Includes Rhino left arm)
Superior Venom: Not a first choice of mine, but this is a pretty decent figure. It gets the likeness just right, and the appendages are very cool. It’s a slick presentation with a nice, shiny black. I thought the face ops were well-done, too. (Includes Rhino right arm)
Ghost Rider: This is a nice update of a classic character. It’s all well-executed, from the head to the costume. On a practical level, long-time collectors probably already have a solid Ghost Rider from a previous assortment. However, if you missed one in the past, this is a great pick-up.(Includes Rhino leg)
Rhino (Build-A-Figure): The first thing that strikes me about the Rhino is how smart it was to do two heads. One is the classic “angry Rhino” face; the other is the masked look from recent years. So even if you like an earlier ML Rhino (as I do), you can deploy the masked look for a separate display opportunity. This BAF is appropriately massive. The older I get, the more I appreciate “accurate” differences in height between characters. Plus, original look Rhino merited an update. The original release in Spider-Man Classics? 2001!
Overall, this is a great-looking set of figures. A lot of care went into the sculpting of this line, and that craftsmanship is more than obvious in the final product. I went from on-the-fence to true believer once I got a closer look. The ML train keeps rolling! 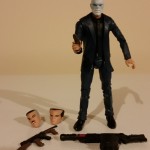 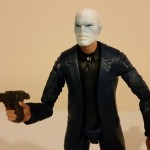 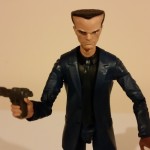 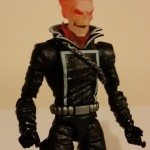 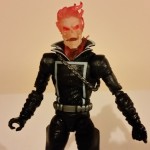 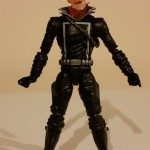 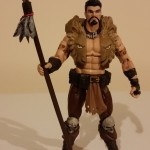 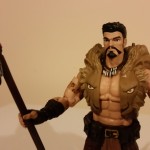 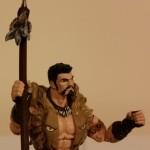 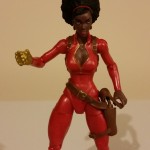 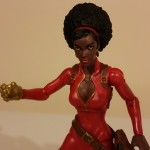 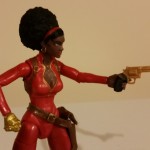 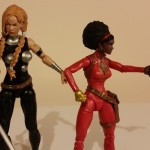 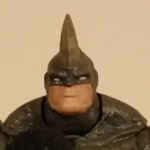 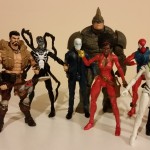 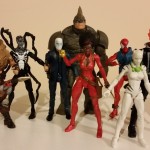 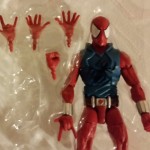 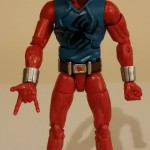 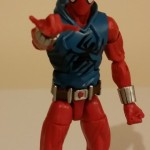 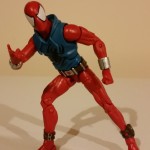 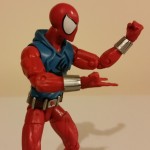 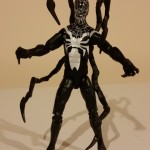 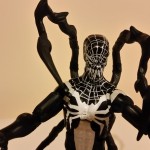 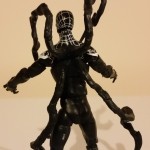 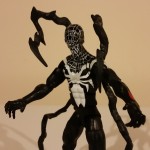 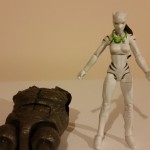 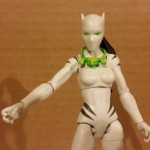