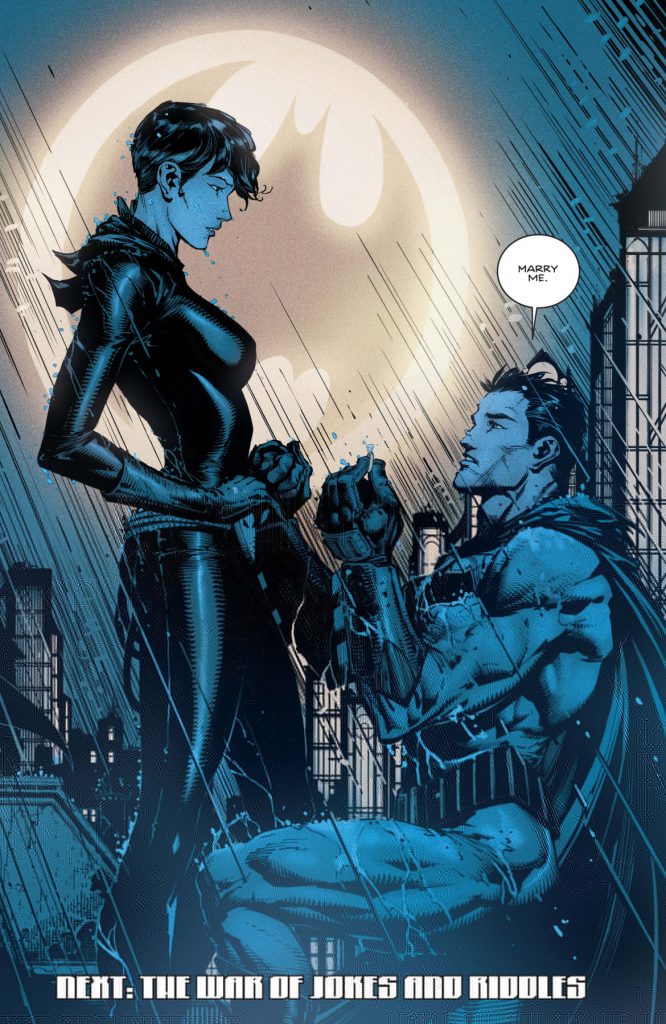 Selina Kyle, the thief and sometimes hero known as Catwoman, may be Batman’s most frequent paramour, both in and out of the cowl. While Batman has never been one to be tied down for long, usually letting his vow to rid the world of the criminal element get in the way of a lasting relationship, a few months ago back in Batman #24 by writer Tom King and artist David Finch, Batman unfurled his mask and popped the question to Selina. Although we’ve had to wait a few issues for Selina’s answer while King directed his eyes toward “The War of Jokes and Riddles,” USA Today reports that this Wednesday in Batman #32 that Selina will give her answer. 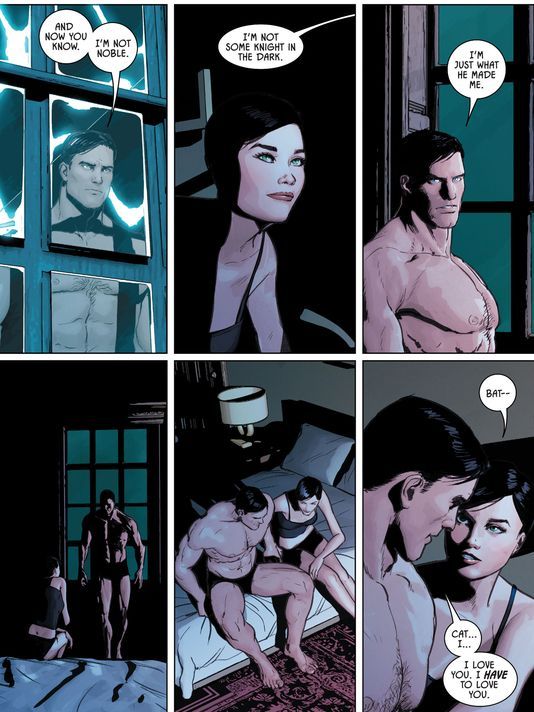 Bruce exposes his demons to Selina.

During the aforementioned storyline, which takes place prior to Bruce Wayne popping the question, Batman would have killed the Riddler if not for the intervention of the Joker. Bruce lays this to bare for Selina, letting her know what she might be getting herself into should she say yes. However, Selina tells Bruce that their pain and tragedies and missteps are outweighed by the love they have for one another. As King explained to the paper:

They’re two broken people, and because they’re broken, they have the edges that fit together.

Which makes her decision to say “yes” all the more understandable within that context. 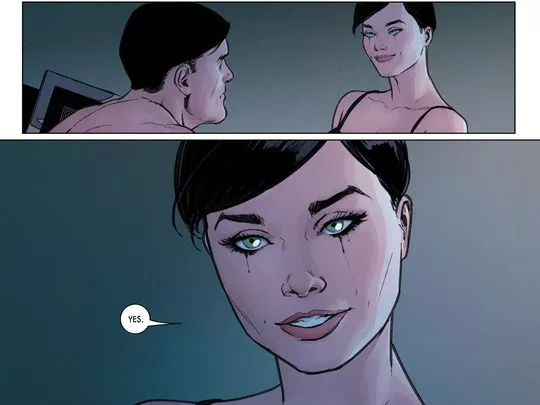 How will the rest of the Bat-family and the superhero community at large react to Bruce’s news? We’ll see in the forthcoming “Rules of Engagement.”

While it’s difficult to imagine a world in which Bruce stays happy, it’ll be nice to enjoy some fleeting bit of happiness, however long it lasts.

Batman #32, written by Tom King with Mikel Janin on art, goes on sale this Wednesday from DC Comics.