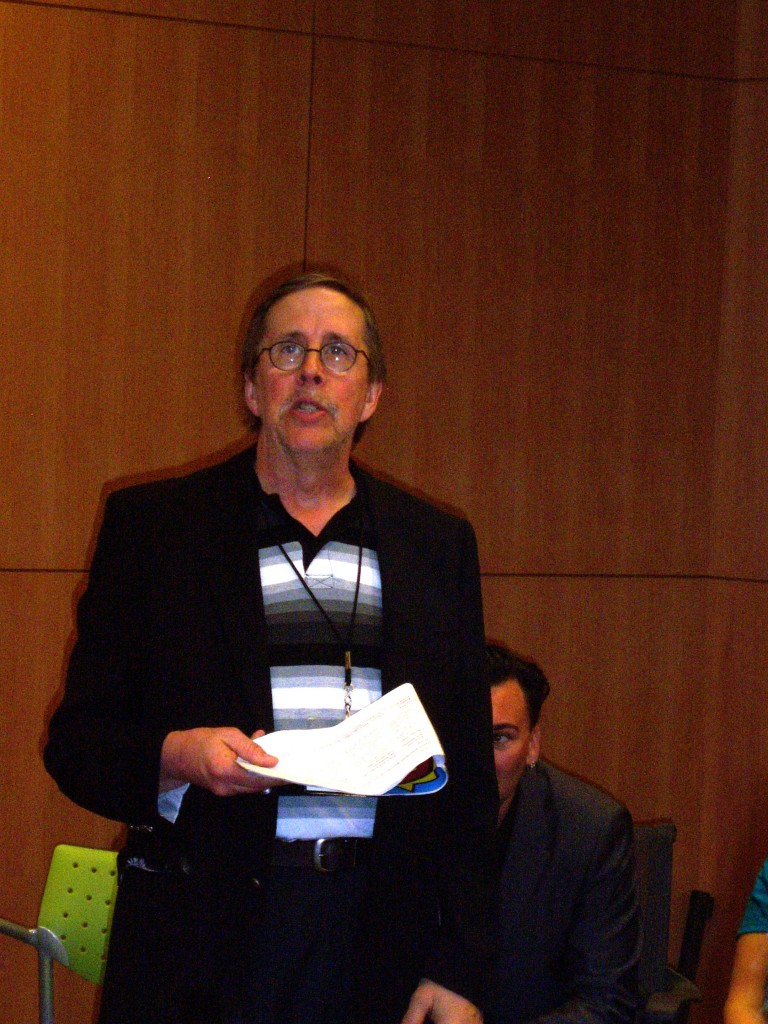 Dr. David Lavery, Professor of English and Director of the Graduate Studies at Middle Tennessee State University died Tuesday morning at the age of 67. As far as I know, David’s comic fandom didn’t usually include war comics. Yet David Lavery is, in large part, the reason that C’est la Guerre exists. David was one of the pioneers of television studies, and along with a handful of other scholars fought the uphill battle to prove that television was worth extended critical attention, and as worthy of such study as literature and film. Over the course of his career, David authored or coauthored, edited or coedited well over 30 academic works focusing on Lost, Battlestar Galactica, Heroes, Supernatural, The Sopranos, The Gilmore Girls, My So Called Life, Seinfeld, Deadwood, The X-Files, Twin Peaks, and pretty much every TV show, film, and comic that Joss Whedon ever created. Along the way he also wrote about Owen Barfield, Federico Fellini, Wallace Stevens, James Tiptree, Jr., Charles Ives, Benjamin Lee Whorf, the grotesque, and the space age among so very, very much else.

I first met David in 2010 at the 4th Biennial Slayage Conference on the Whedonverses (SCW), an international academic conference dedicated to exploring the works of Joss Whedon. These conferences occur every other year and are convened by the Whedon Studies Association (WSA), a non-profit academic organization dedicated to the critical study of Whedon’s works. David co-founded the WSA with Dr. Rhonda V. Wilcox, and together the two of them quite literally created the academic discipline of Whedon Studies. Today the WSA represents a network of scholars that stretches around the globe, and continues to grow every year, not least because David and Rhonda refused to create an organization that held organizational affiliation in higher regard than scholarly ability. Above all, they were teachers, and so the WSA became that rarest of academic groups: one dedicated to the nurturing of new talent, new scholarship, and new scholars – like I was in 2010. 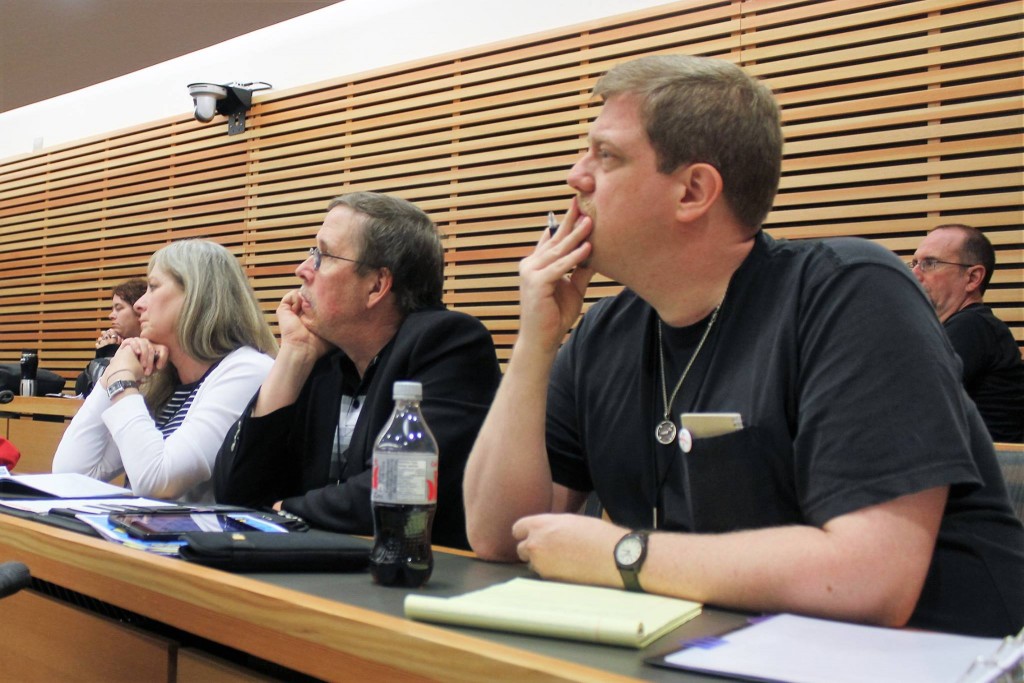 Left to right: Dr. Cynthia Paris Burkhead, Dr. David Lavery, and this correspondent during a panel at SCW6.

A non-traditional undergraduate student, I had taken a long and rocky road to college, and SCW4 was my first time presenting at an academic conference, and my first introduction to the idea that one could look at popular culture as something more than frivolous entertainment. It was also the first time that I was trying to turn the dream of being a writer into a reality. In all honestly, I had very little clue as to what I was doing, but I was at least smart enough to know that, so I asked David if he would mind if I e-mailed him and asked his recommendation for further reading on the hows and whys of pop-culture studies. Keep in mind that this was in the middle of a major, international conference with hundreds of attendees, and he was president of the organization throwing the damn thing, and didn’t know me from Adam’s Housecat. He said sure, gave me his e-mail, and instantly recommended a book. Today I have over 170 letters from him in a Gmail folder, the results of a conversation that started in the summer of 2010 and only stopped this past Tuesday. In between were rare hours spent talking over coffee, sandwiches, in hallways and lecture halls, such moments almost always snatched from larger goings on around us. I also devoured pretty much everything the man ever wrote.

David began as my mentor, and soon became one of my dearest friends. He had a mind that was a joy to watch work, and one that was brilliant in every sense of the term. David taught me more about critical writing and thinking than anyone I’ve ever met, and along the way showed an enormous generosity with his time and talent to me and to so many others. He also had a wit that could slice between molecular bonds, and a sense of humor that was both aberrant and hilarious. It was David who insisted that I watch Breaking Bad, which led to my first published book, and it was David who found the idea that comic books were worth studying, worth writing about, to be a foregone conclusion. I often doubted myself, but David never doubted me. He pushed me, encouraged me, and backed me to the hilt whenever he had the chance, and the fact that I am now a professional writer, a historian of American popular culture, and something of a pop-culture critic is due in large part to this wonderful, kind man who has left us far too soon.

David once told me that his ultimate goal was to contribute to the evolution of human consciousness. I think he believed he would do this by turning his remarkable mind to a deeper examination of the process of human creativity both on an individual and cooperative basis. I think, however, that David had already accomplished this goal – without ever quite realizing it – through his daily life and work. The numbers of formal students in undergraduate, graduate, and informal classes that he helped awaken to a new way of seeing and thinking is probably in the tens of thousands. Add to that number thousands more like me who came to know David outside of a formal academic setting, and always, of course, his deeply beloved family, and you begin to have a vast and intricate ripple-effect with him at the center. David Lavery changed all of our lives, and I believe that anyone who knew him was at least a little transformed by the relationship, and became just a little more human, and a little more fully conscious. Moreover, what he did for us, he taught us how to do for others with kindness, patience, humor, and great joy. So, congrats, my dear friend, you did it – human consciousness evolved, at least a little bit.

With David gone, the world is less bright today than it was yesterday. Yet David also gave so many of us a flame to carry that the world he left was brighter by several orders of magnitude than the one he found. So thank you David, and fare well.