Marvano’s juxtaposition of the sun-drenched fields of England and the explosion-ripped pitch of the nights above Berlin is beautiful and terrible, and his portrayal of loss and love in a world gone savage places him among the finest war comic creators. 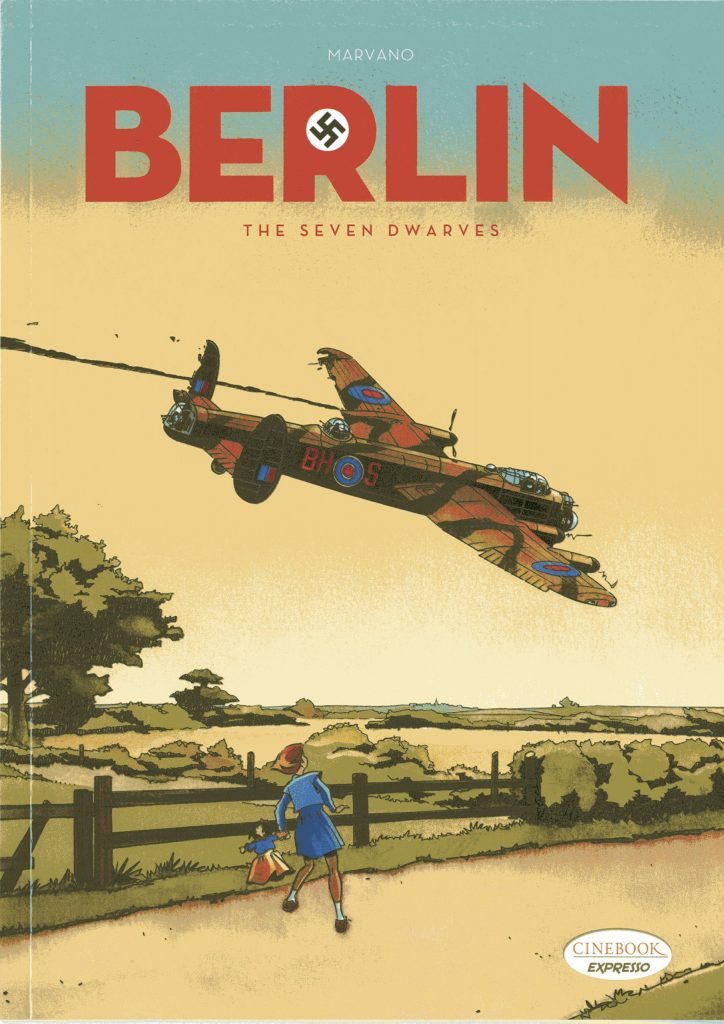 Recently I’ve been raving about Belgian artist and writer Marvano’s (Mark Van Oppen) work on the graphic novel adaptation of Joe Haldeman’s The Forever War, currently being reprinted by Titan Comics. My introduction to Marvano’s work, however, actually began with one of his later works, a war comic published in America under the title Berlin: The Seven Dwarves. This small graphic novel is actually part one of a trilogy of books, each with a connection to the eponymous city, and each taking place in a different year: 1943 for Berlin: The Seven Dwarves, 1948 for Berlin: Reinhard le Goupil, and 1961 in Berlin: Deux Enfants de Roi. Unfortunately, the latter two volumes have yet to be translated into English, and your correspondent’s French is – sadly – only adequate enough to give me the bare jist of their contents.

The three volumes focus on the Second World War and its aftermath, with the first book focusing on the pilot and crew of the Avro Lancaster heavy bomber named “Snow White” for its squadron call letter “S,” and in reference to the seven crewmen who serve aboard – her seven dwarves. The war story is framed by the meeting of two older women at an abandoned RAF airfield in 1993, where the elder shares with the younger a letter from Flight Sergeant David “Aubie” Auberson, the Snow White’s pilot and CO, dating from 1943. Auberon and his crewmates were part of the massive British night bombing campaign over Germany and occupied Western Europe. Arising from the lack of long-range fighters to protect the bombers during the day, and the British abandonment of the idea of strategic bombing in favor of area bombing – specifically designed to “de-house” the German population, particularly the working class – night-bombing became the specialty of RAF’s Bomber Command throughout the war. 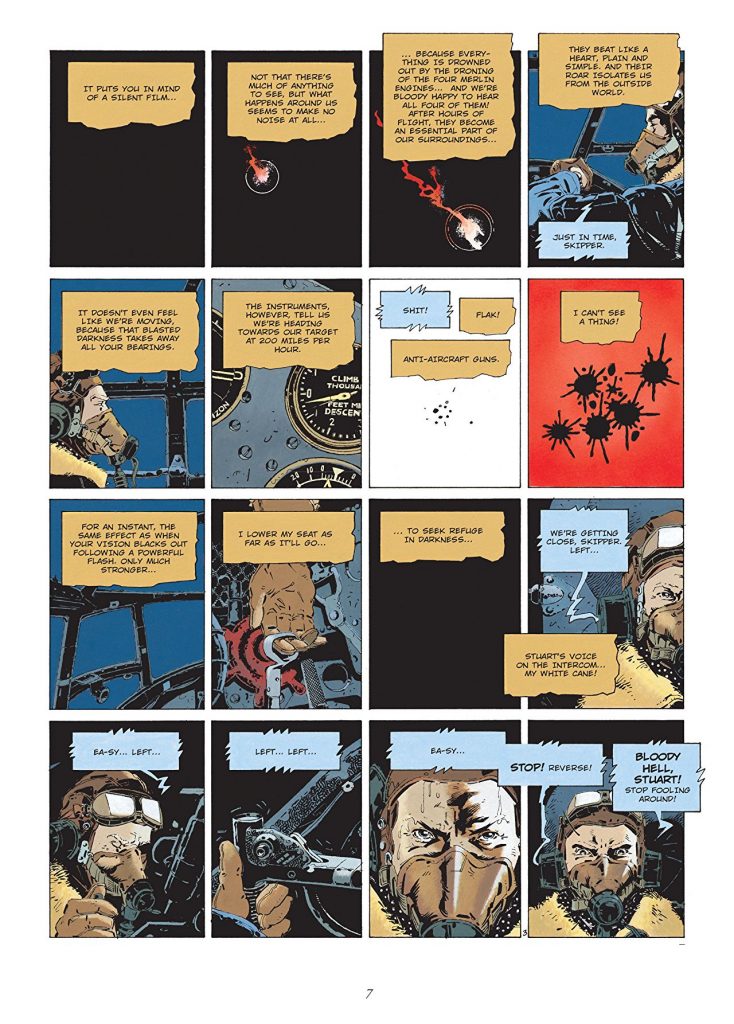 Despite resulting in fewer losses than daylight raids, the combination of well-coordinated anti-aircraft artillery, searchlights, increasingly effective German night-fighters, and the difficulties of nighttime navigation, the RAF’s bomber crews suffered heavy casualties throughout the war. In Berlin, Marvano perfectly captures the stressed-to-destruction tension and terror of these raids, the freezing temperatures, the sudden chaos of enemy searchlights and flack, and the end of terribly young lives, whether in an instant or an eternity of fiery agony. Aubie himself, in command of thousands of tons of aircraft and thousands of pounds of bombs, is all of nineteen. He has flown 17 combat missions over Germany. Sarah, the WAAF that has caught his eye, and who has already lost a husband to the war, is an ancient twenty-four. Neither their ages nor experiences are historically remarkable. 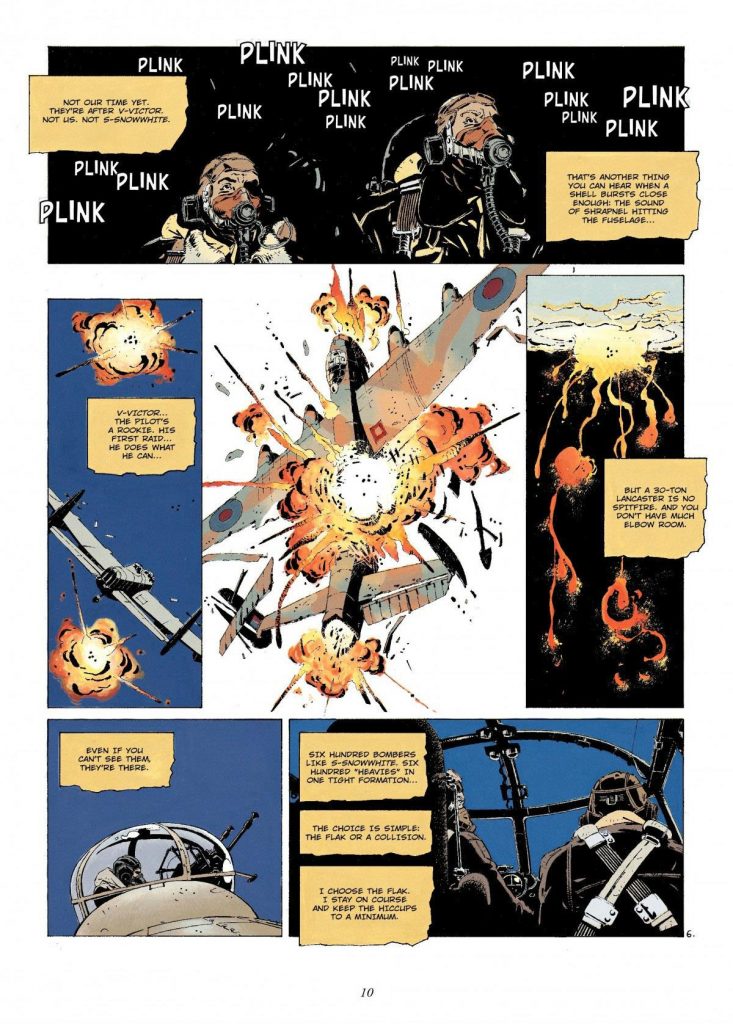 Berlin does not shrink from the war, and Marvano is at his beautiful best, again displaying his mastery of the subtle detail – a beautiful spring field dusted with blooming red poppies, strange and silly wartime posters urging vigilance or caution, blinding afterimages from exploding flak, or a Plexiglas machinegun turret suddenly painted red from the inside with blood. Marvano’s juxtaposition of the sun-drenched fields of England and the explosion-ripped pitch of the nights above Berlin is sublime, and his portrayal of loss and love in a world gone savage places him among the finest war comic creators. At the time of writing, Berlin: The Seven Dwarves is available new on Amazon for just under $14 in paperback, or $8.99 for Kindle.

This is one you should own.