Redline (Oni Press) presents a darkly hilarious future that looks way too much like our present military quagmires, and is one of the best new comics of 2017. 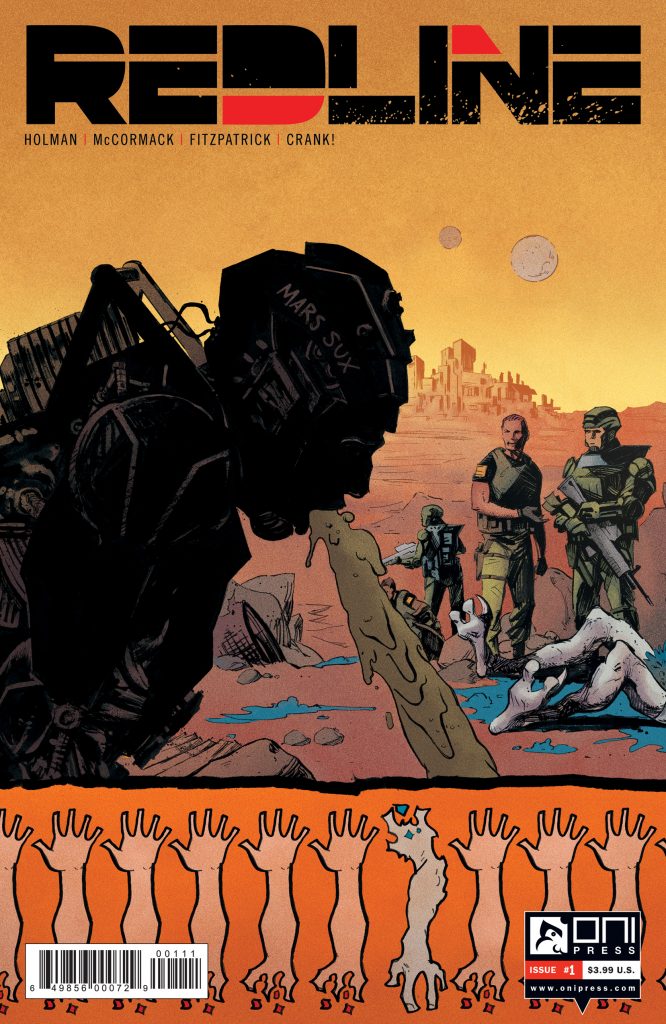 So as a comics nerd, I spend an hour or two every month going through Previews Magazine in depth, both to find interesting looking titles from the smaller independents, and to give the owner of my local comic shop a heads up, since Diamond’s distribution system pretty much demands he (and pretty much every other dealer) order stuff three months in advance in order to (mostly) guarantee shipment. So what I’m saying is that I usually do my due diligence and manage to keep pretty well caught up on much of what is coming down the pike.

Recently, however, I missed one. Oni Press’ Redline, written by Neal Holman (Archer), with art by Clayton McCormack (Café Racer, Godzilla: Rage Across Time), and colors by Kelly Fitzpatrick (The Black Hood, Peter Panzerfaust) showed up on the rack at my local shop as a complete and delightful surprise. Billed as a black SF comedy, the first issue also shows a big potential for a not-so-subtle satirical look at America’s wars in Iraq and Afghanistan. Set on a dusty, arid Mars after a victorious war with the indigenous species, the human security and military forces find themselves in the middle of an insurgency by the supposedly defeated aliens. 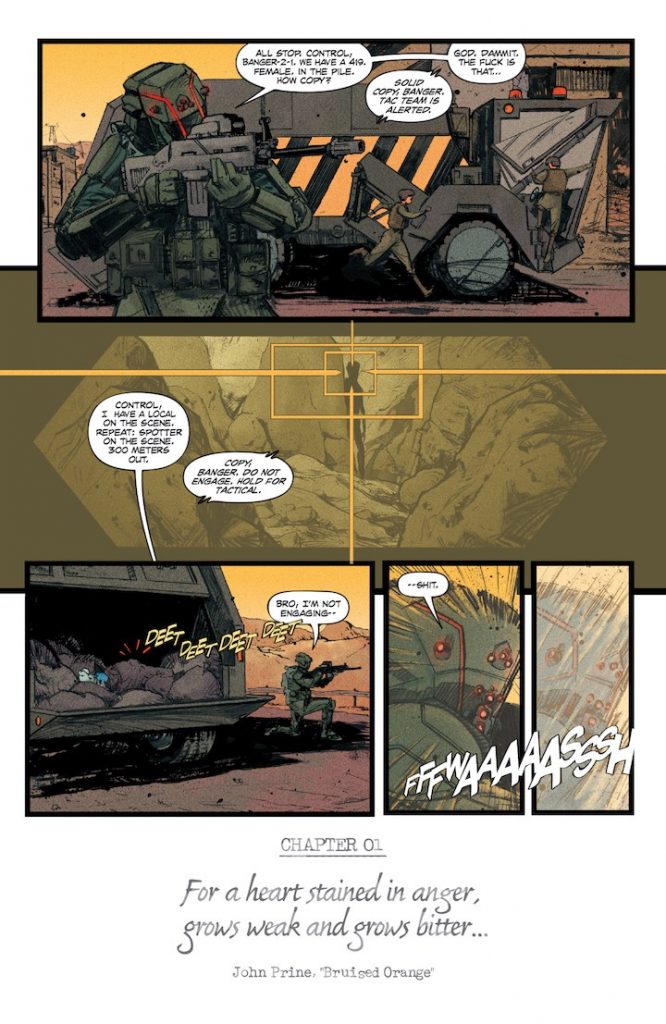 After one such supposed attack, Superintendent Denton Coyle of the AFOSI (A-something F-something Office of Special Investigations?), an, experienced, cynical, and gastrically distressed investigator suspects that the natives may not be responsible after all. The art and future military tech design are tight, and best of all Redline provides some of the best, and wittiest, dialogue that I’ve read in quite some time. The writing definitely has an Archer-esque edge, but it works perfectly in Redline‘s setting of sudden violence, corporate interests, fading distinctions between private and state military forces, and the men and women who have to try and exist in the middle of all of that. 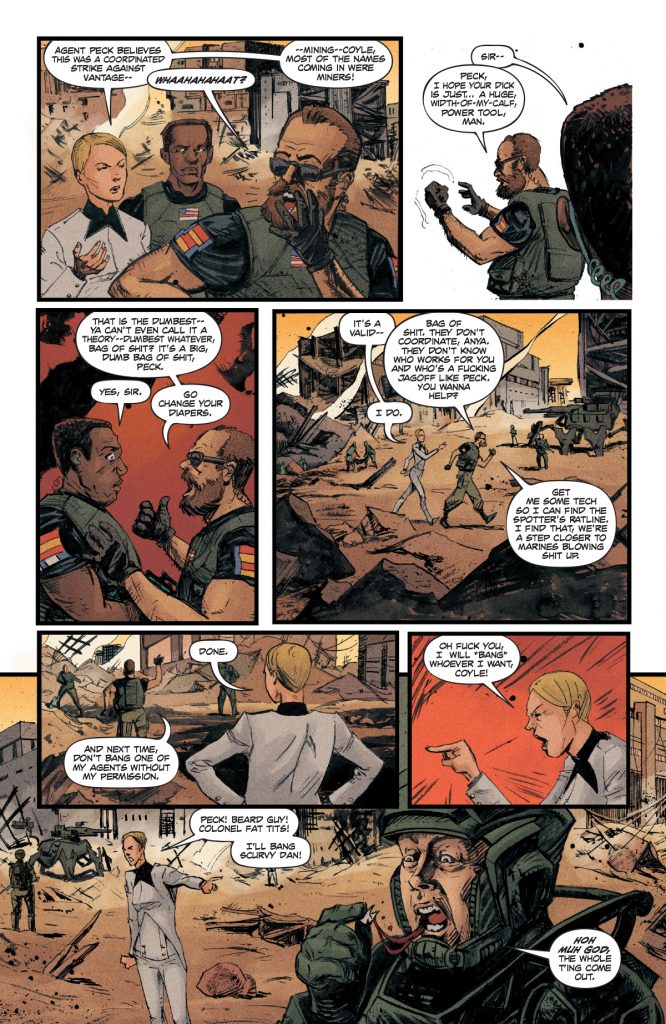 So I’m going to put Redline on my pull list and hope that my local shop has ordered a least a few of the upcoming issues, because Holman & Co.’s future that looks way too much like our present military quagmires is one of the best new comics of 2017 so far.