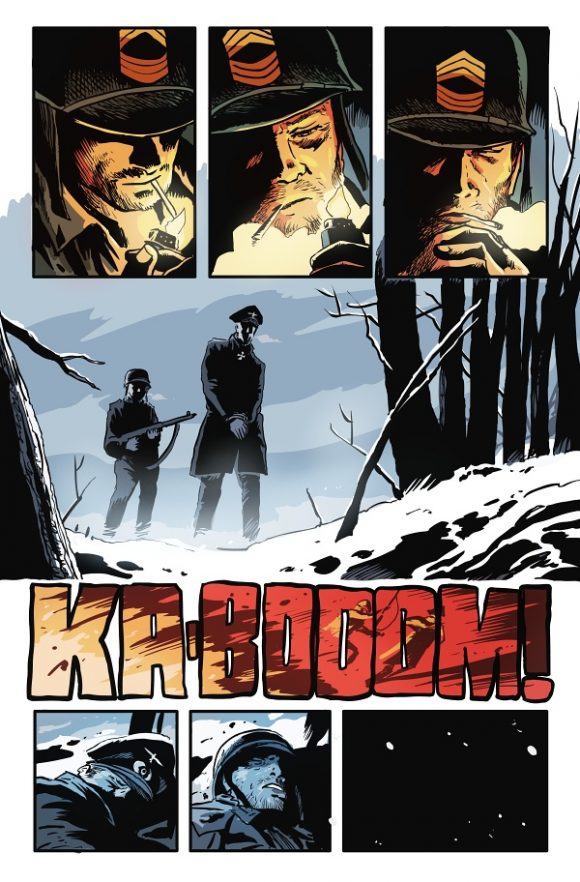 Preview art for page 1 of “Going Down Easy” by Francesco Francavilla.

So, I picked up the DC Holiday Special 2017, and came away really pleased. There are eleven very different stories in the book, including a nice frame by Jeff Lemire and Giuseppe Camuncoli. Other highlights include a tale of the Batman by Denny O’Neill and Steve Epting, and a Batman & Wonder Woman yarn by Greg Rucka and Bilquis Evely. The whole thing feels worth the $9.99 cover price, but I have to tell you, I would have happily paid more for the fourth story in the book all by itself. So you start with Tom King, add in Francesco Francavilla, and finish off with colorist Clem Robins for a wintry tale titled “Sgt. Rock in ‘Going Down Easy’,” at which point I am just throwing money at a retailer to get my hands on the book.

The trio deliver a tour-de-force that is exactly what comics can and should be. In eight pages – and let me say that again, eight pages – they deliver a complete, totally absorbing, edge-of-your seat story that had me hooked from panel 1, and that lands like a punch to the gut. Rock is telling the tale of Private Hammerman, separated from the rest of Easy Co. in a snow-covered forest with his prisoner, a German officer. A stray shell mortally wounds Hammerman, but he doesn’t die immediately, and his story plays out over the course of the following eight nights. 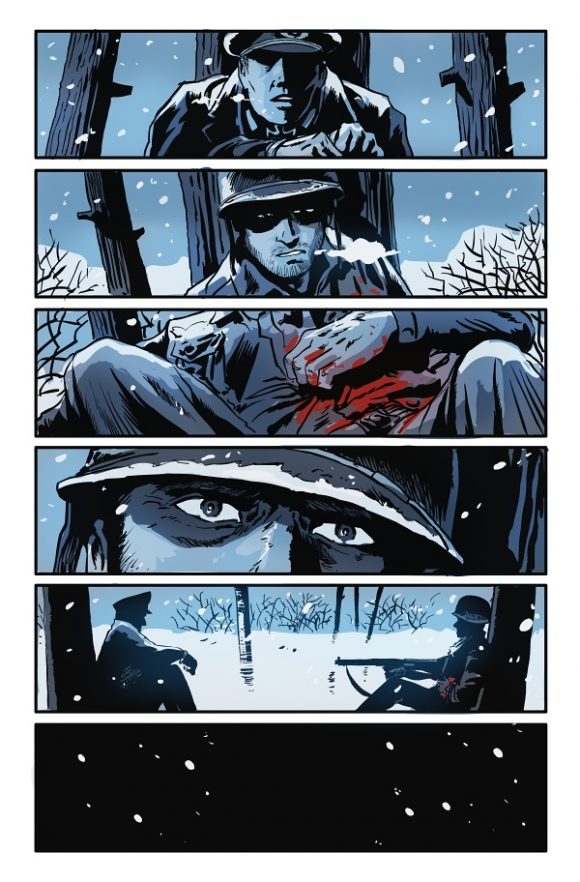 Francavilla is the perfect choice for the piece, his loose lines, heavy blacks and sheer genius for tone make the frigid north European winter seep into the readers fingers, while King’s script pulls no punches whatsoever, his characters’ banter laced with steel and hate and death. “Going Down Easy” is one of the best war stories I’ve read this year, and the fact that King chose Rock and Easy Co. to tell it pretty much makes my holidays bright, and leaves me with a ravenous hunger for a longer Rock story from him. Rock is ripe for a return, and in these few pages, King shows that he knows exactly how to do it, so if you are listening DC, if Tom wants to do a 12-issue series with Rock – let him. In the name of all that is good and holy in this miserable world, let him.

And Tom, seriously, do a Sgt. Rock limited series! As for the rest of you: have a very merry holiday season, and may there be plenty of great comics under your tree this year!