Pitching and then writing a regular column on war comics naturally begs the question “Why?” so I thought I would try and answer that this week – at least in part. First and foremost, war comics hold a special place in my geek-soul. My prime comic book imprinting years (roughly between ages six and sixteen) took place in the late 1970s through the late 1980s in a medium sized southern town. We didn’t get a comic shop until the mid-1980s (and today, alas, it has been closed for many years), so my childhood comic buying experiences involved the local newsstand and their wonderful spinner-rack. For those of you who remember the days before direct distribution of comics to retailers, you know that newsstand spinner-racks were always a grab bag of issues old and new, and there were usually no such things as pull lists, or even a guarantee that the newsstand would get the next issue of a given title at all. This was made up for by the fact that news sellers would often let back issues linger on the racks, because there were always kids like me who would come in and rifle through every issue on the rack and wind up not-quite-randomly grabbing several issues. This was also during the late Bronze Age, when story arcs rarely went beyond two issues (maybe three) so it basically didn’t matter if you missed an issue or three because whichever one you picked up was a complete story on its own.

This was especially true when it came to the war comics, specifically DC’s war line: Sgt. Rock, The Unknown Soldier, G.I. Combat, Men of War, and even the briefly lived All Out War. All of these titles were anthology comics, with the man features set during World War II, and each issue’s stories almost always stood alone, although the headline characters would always return. For a kid whose bedtime stories came from Time Life’s World War II series (thanks, Mom!), and who was fascinated with all things related to that period, these comics were pure gold. The “new” adventures of Sgt. Rock and Easy Co. or Jeb Stuart and the Haunted Tank always entranced, and the regular act of pawing through the rack to find issues I’d overlooked before, or which had come in and been randomly stuck behind Superman comics gave each issue the aura of something that I had to work to discover, buried treasures in colored newsprint. I wasn’t unaware of the superhero books, but they just seemed to pale in comparison to the hardware and action in the war books. (It’s also worth keeping in mind that I’m writing about a time before puberty, when I could care less about Peter Parker’s angst or X-Men melodrama. All that came later). 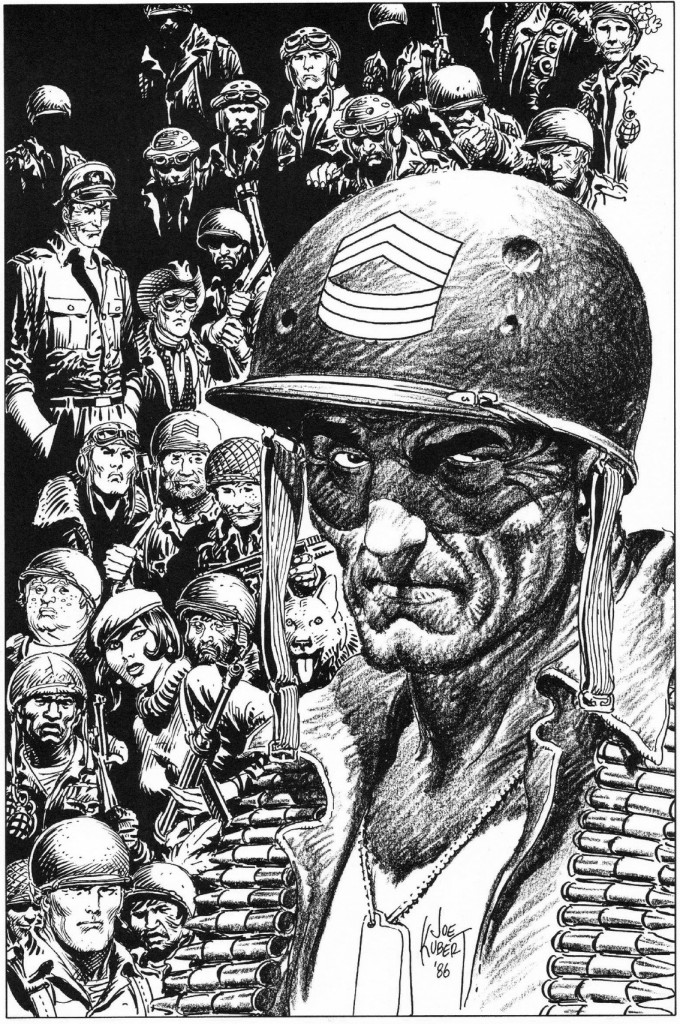 Very early on then, I got hooked on war comics, and to a greater or lesser extent I have remained so to this day. There were other things happening there as well, though it would be decades before I realized it. For one thing, war comics gave me an education in sequential art, if perhaps also ingraining a preference for realistic styles. In the ‘80s DC regularly reprinted stories from the war comics of the 1960s and early ‘70s, so besides the regular Joe Kubert covers, I took in artwork by Russ Heath, John Severin, Sam Glanzman, Irv Novick, George Evans, Mort Drucker, Jerry Grandenetti, Frank Frazetta, Frank Redondo, and Neal Adams, among many others. The writers included Kubert, Frank Robbins, Archie Goodwin, Bob Haney, David Michelinie, and of course, Robert Kanigher. These guys were master storytellers, able to pump more action and meaning into six to twelve pages than many modern comic writers can in six to twelve issues. Finally, the reason I always notice colorists is down to the brilliant Tatjana Wood, who could take Kanigher’s madness and Kubert’s lines to entirely new heights using palettes that ranged far afield from the expected browns, greys, and OD greens. Together, these creators produced some of the most complex, yet simply followed panel arrangements that I have ever seen, and pushed the boundaries of both the genre, and the media they were working in. They were also subversive as hell, using their stories’ historical settings to address contemporary issues like race, sexism, wartime atrocities, PTSD, command failures, and even refugee crises. The war comics had everything, including some rather grown up romance.

Panels from “Holding Action” in Blazing Combat #2 – pretty much PTSD as it happens. Art by John Severin.

There was no better primer for learning how to read comics, and later how to critically approach studying them, than the war books. As I grew up and became aware of the history and longevity of the genre, my interest only grew. Imagine Frontline Combat and Two Fisted Tales during the Korean War using interviews with returning combat vets to inform their stories, and to turn their magazines into vehicles for decrying the waste of war even as they celebrated the men who served their country. Or Kanigher and Kubert introducing Jackie Johnson, one of the first, recurring, African-American characters in mainstream comics that wasn’t a racist stereotype, in 1961, putting Sgt. Rock and Easy Co., the heroes of legions of young fans, firmly on the side of the Freedom Riders. Or take Archie Goodwin’s Blazing Combat being dropped by national distributors because the US Army didn’t want the comic in their PXes due to its tendency to stress war’s cost rather than its glory. War comics were tackling Vietnam, drugs, sexism,  racism, and PTSD years before the capes and tights crowd ever got around to doing so, and more often than not the war comics did a better job of it too. 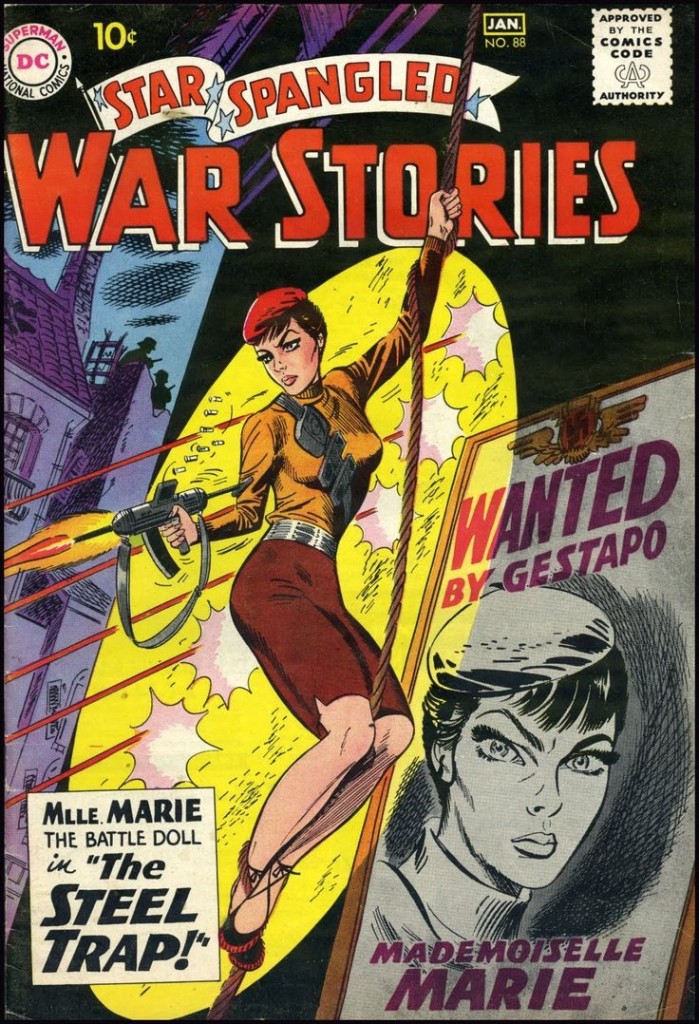 At their best, today’s war comics continue these traditions, illuminating obscure conflicts or the often overlooked men and women who have and continue to risk their bodies, minds, and souls in conflicts old and new. War comics continue to ask the hardest questions, and to force us to face the ugliness of complex, morally ambiguous conflagrations that are too often passed off as simplistic, patriotic, and just wars, and to put faces on the people who lived them. At their best they do all of these things and are incredible works of art to boot. At their worst, war comics are militaristic, nationalist propaganda intent on creating glorious martyrs and on beguiling more young men and women to follow them. So the study of war comics, the time and effort put into writing about them here and elsewhere, is time well spent. For it is important to be able to point out the differences between art and propaganda, and the value of that which ennobles us by virtue of showing our beauty and bestiality in one and the same frame, and that which debases us by calling upon our unthinking allegiances and our knee-jerk ability to divide the world into us and them. As C’est la Guerre goes forward, I hope to delve into all of this much more deeply, and I sincerely hope you, Readers Mine, will join me. I think you’ll find that it is more than worth it.