Fast paced and historically accurate, World of Tanks: Roll Out! delivers a fast-paced story, gorgeous and gritty art, and doesn’t shy away from the realities of warfare during World War II, making it a must buy for war comics fans. 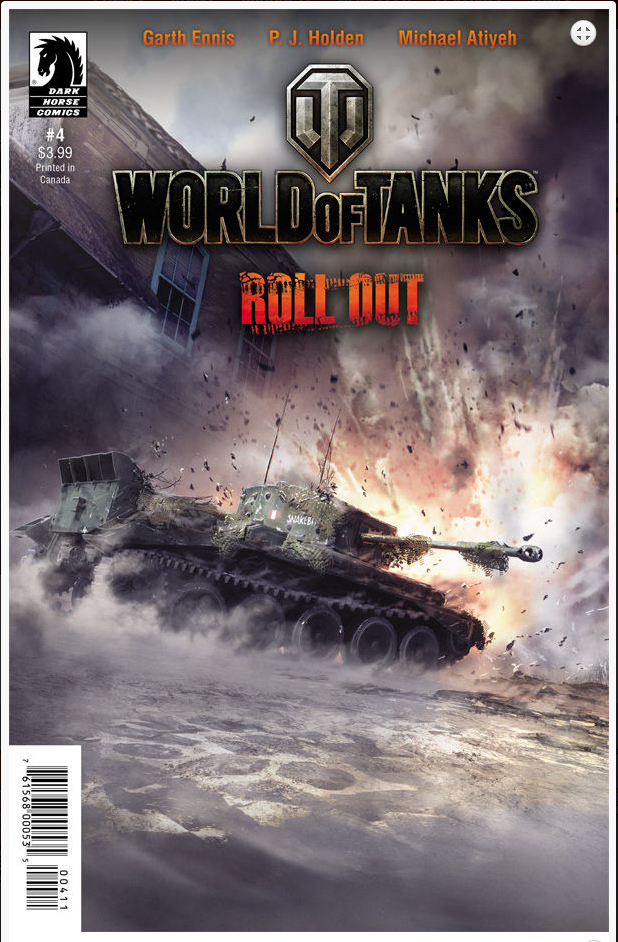 World of Tanks: Roll Out! #4, cover art by Isaac Hannaford.

World of Tanks: Roll Out! by Garth Ennis with art by P.J. Holden, is a five-issue, joint venture between Dark Horse Comics and Wargaming.net published in conjunction with the launch of the World of Tanks online multiplayer game. Ennis and Holden have worked war comics together before, in the excellent Happy Valley story in Ennis’ Battlefields anthologies, and so World of Tanks has the feel of a team that’s very comfortable together.  World of Tanks is a solid war comic with plenty of action, Ennis’s trademark gallows humor, and a cast of characters on either side that the reader quickly comes to care about. Ennis also takes the chance to illuminate the 12th SS Panzer “Hitler Youth” division, and the massacres these young men and boys committed during the battles in Normandy after the Allied invasion on 6 June. Depicting obscure or little known historical aspects of the wars he’s writing about is another hallmark of Ennis’ work, and in WoT serves to differentiate his “good” Panzer crew from the “bad” SS unit. 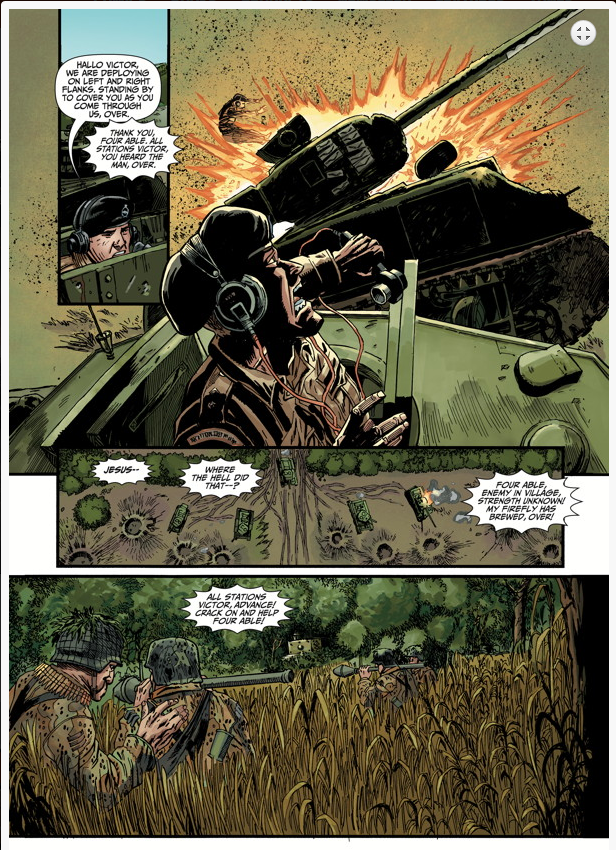 The story focuses on the mostly inexperienced crew of the Snakebite, a British Cromwell tank in the Bocage country of Normandy in June of 1944. Cromwells were fast, “cruiser tanks,” some models capable of reaching 40 mph, and were designed to be able to maneuver while both treads were moving, unlike the American Sherman. Unfortunately, like almost all tanks used by the Western Allies at the time, Cromwells were under-armored and under-gunned when compared with the latest German tanks, particularly the Tigers and Panthers operated by units like the 12th SS Panzer and others. Compounding this, the Snakebite turns out to be a training tank made of soft steel rather than armor plate, sent to the front by mistake. The lighter metal makes Snakebite the fastest tank in the theater, however, so the crew opts to keep it, trusting in its speed to protect them from opponents expecting a slower vehicle.  This issue sees Snakebite in action for the first time, and – thus far – her crew’s decision seems to be paying off, even as most of their unit once again finds itself unprepared for well laid German defenses. Meanwhile, the Wehrmacht tankers opposing them discover the true horror and power of even inadvertent Allied airpower. 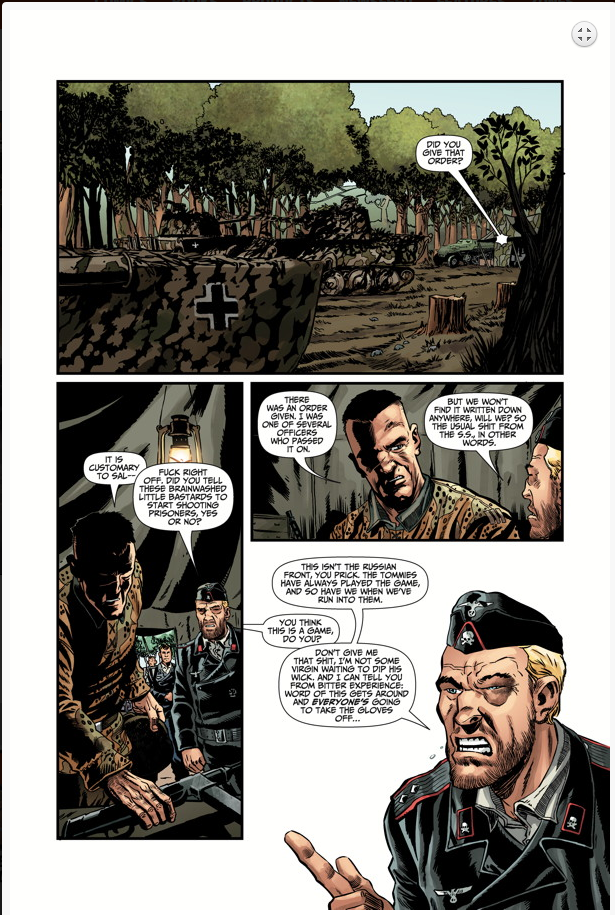 Fast paced and historically accurate (excluding Snakebite itself), World of Tanks: Roll Out! delivers a fast-paced story, gorgeous and gritty art, and doesn’t shy away from the realities of warfare during World War II, making it a must buy for war comics fans.