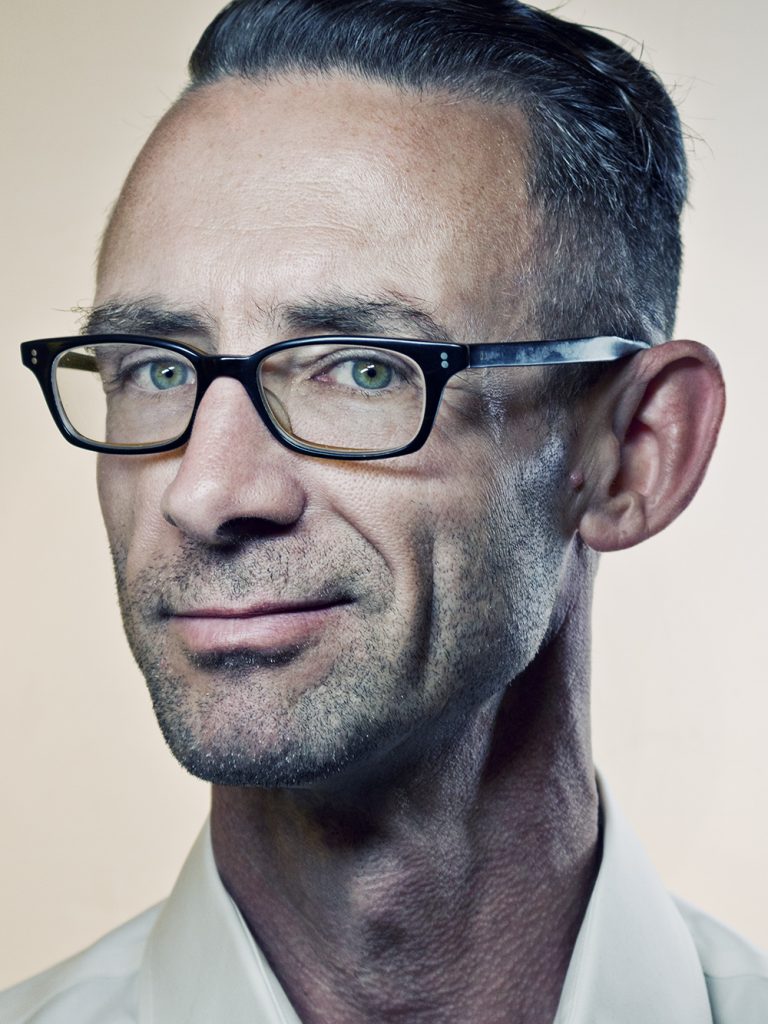 In their 2015 through 2016 maxi-comic book series Fight Club 2, writer Chuck Palahniuk and artist Cameron Stewart revisited the world of Palahniuk’s novel Fight Club. The duo further explored the lives of the narrator of the original and his alter ego personality Tyler Durden, examining themes such as masculinity and meaning, among others.

This Wednesday, January 30th, the creative team is back with Fight Club 3 from Dark Horse Comics, throwing the lens on Balthazar (the name the narrator goes by now), his wife Marla Singer, their son, and, of course, Tyler. As Palahniuk himself states, “it’s sex and death,” two themes he always nimbly and uniquely addresses, adding his own indelible mark to literature.

Mr. Palahniuk spoke with me recently about the idea behind Fight Club 3, where we find the cast as the comic story opens, how his mindset toward writing the characters has changed over the years, and how old EC horror comics influenced the themes of the maxi-series.

FreakSugar: For folks picking up the title, what is the conceit of Fight Club 3?

Chuck Palahniuk: The endgame is the end of all conflict, through violence or otherwise, for good or bad. Two vast armies ultimately striving for that same goal.  Sounds ideal, right? It’s a win-win for humanity, but it’s going to be messy for a while.

FS: Where do we find Balthazar, Marla, and their child at the beginning of the issue?

CP: Time-wise, the story begins a few months after Fight Club 2 ended. Place-wise, they’re living in a fleabag motel while Balta hunts for a new job. It’s the usual ho-hum until Tyler snakes a gorgeous flirt and contracts a venereal disease that’s already, secretly killing off the entire human population. Again, it’s sex and death, death and sex. The usual Palahniuk obsessions. Plus, this go-round the villain is a new – newer –character. 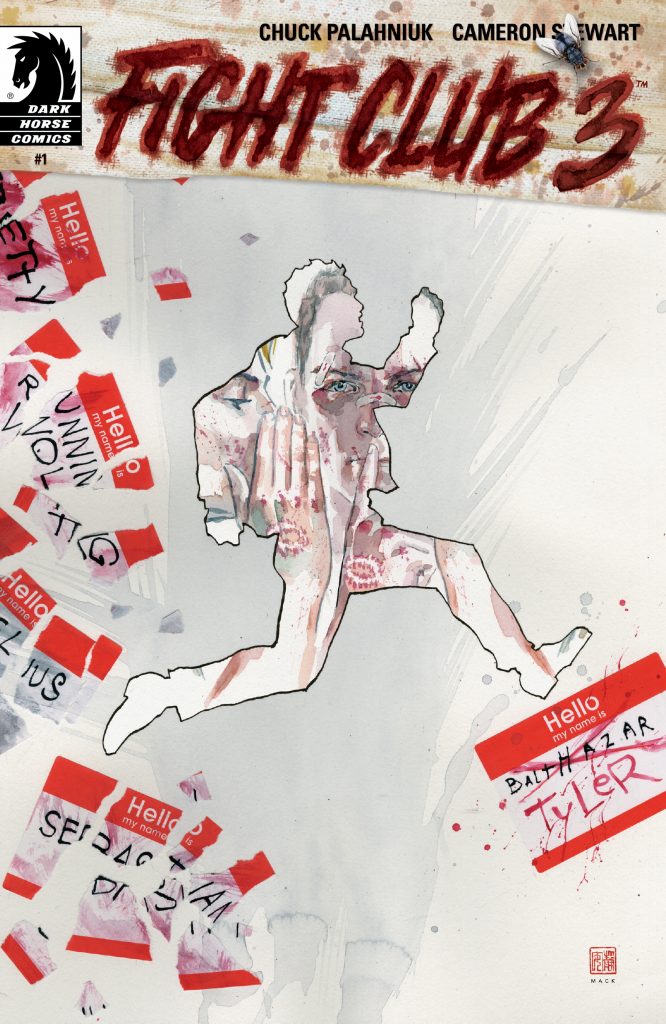 FS: How long has the idea behind Fight Club 3 been gestating?

CP: Four years? Longer, if you consider how the story is about “context” and how presentation creates authority.  Whether it’s a picture frame, a window, a snow globe, a key hole, it can all be traced back to when I first read Duchamp in 1983. Actually, the French smarty-pants used to play chess with me.  He’d say, “Charles, you should write a comic about sex and death…” Then he died.  I miss him terribly. 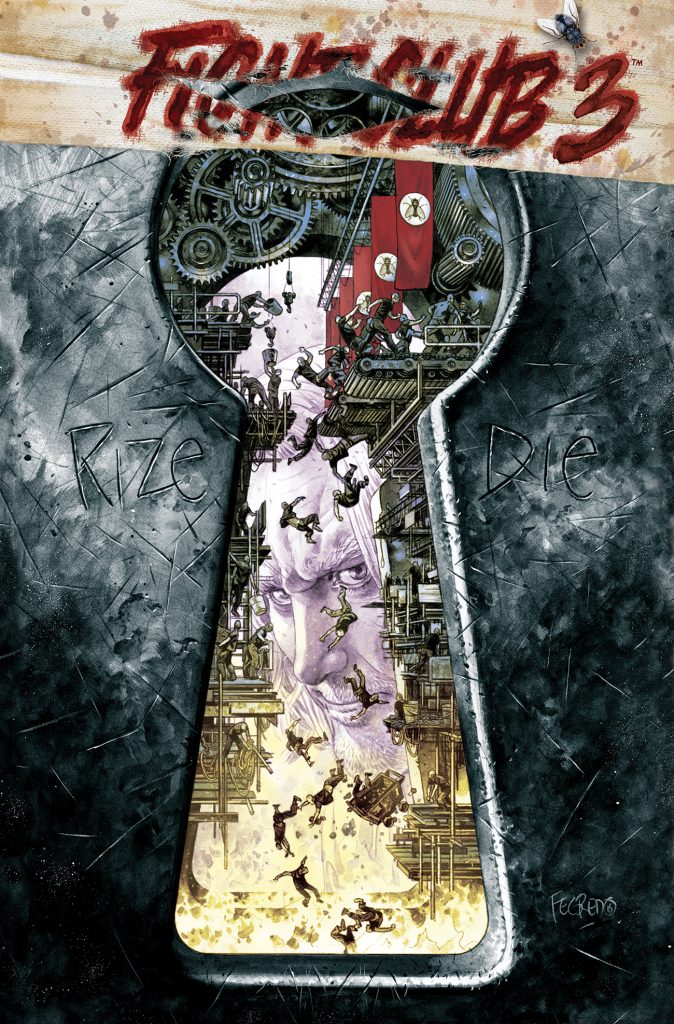 FS: Has the process and your mindset changed in how you approach these characters since the very first Fight Club novel? If so, how?

CP: To be honest I’m trying to limit my drinking to my characters. For too much of my life my drinking has supported my more Tyler-esque escapades. If I succeed, I drink to celebrate. If I fail I drink for comfort.  Let Balta get the extra belly fat and remorse.  When people ask if I want a glass of wine, I now tell them, “In a little while.” Procrastination is finally my ally.

FS: Following up on that, how would you say the cast has changed since your very first book? Have the characters changed in ways you didn’t anticipate?

CP: The character of whom I’m the proudest is Marla. In Fight Club 3 she has the most interesting back story of any character to date. It seems that nothing in her life has been an accident or a mistake; it’s all been carefully engineered. 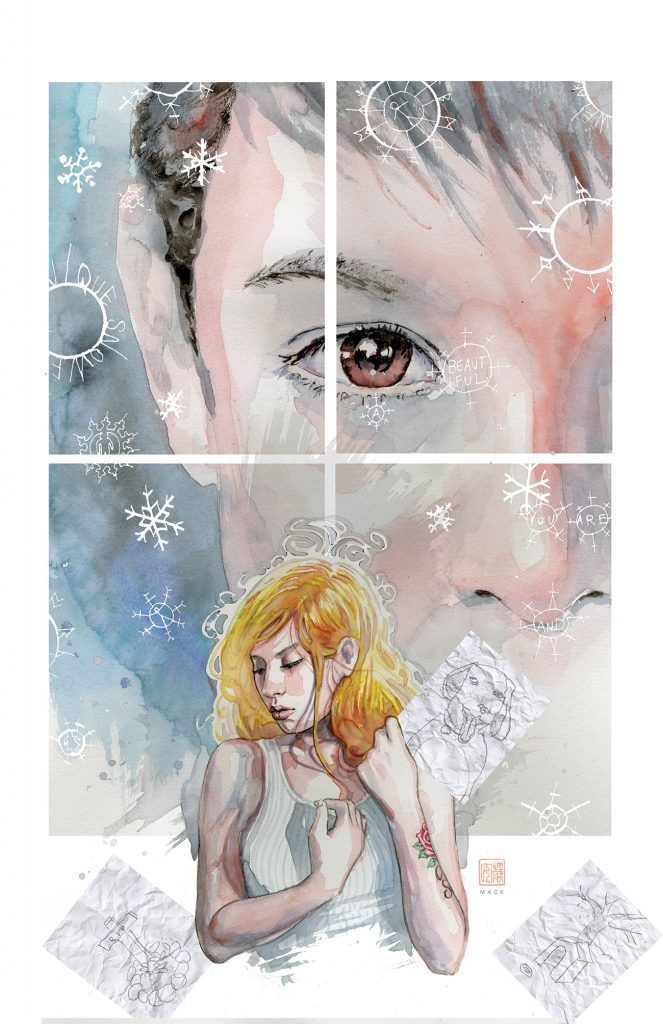 FS: Does Fight Club 3 have a theme in your mind?

CP: This will show my age. In the old EC horror comics, characters were always stripping near naked in order to dismember dead bodies. It makes sense, right? You’d want to keep your clothes clean. However, as a kid reading those books the device fused sexy nudity with violence and death in my mind. The only time I saw an idealized body, he or she was swinging an axe and slinging gore. Alas, that’s one of many themes I’ve brought to Fight Club 3.

FS: Both Fight Club and Fight Club 2 were particularly timely during their respective release dates and still resonate today. Has the current political climate in the United States and the world in general impacted how you approached this story?

CP: Only time will tell. But if a secret plague of deadly venereal disease is already eating into the population, I have it covered. 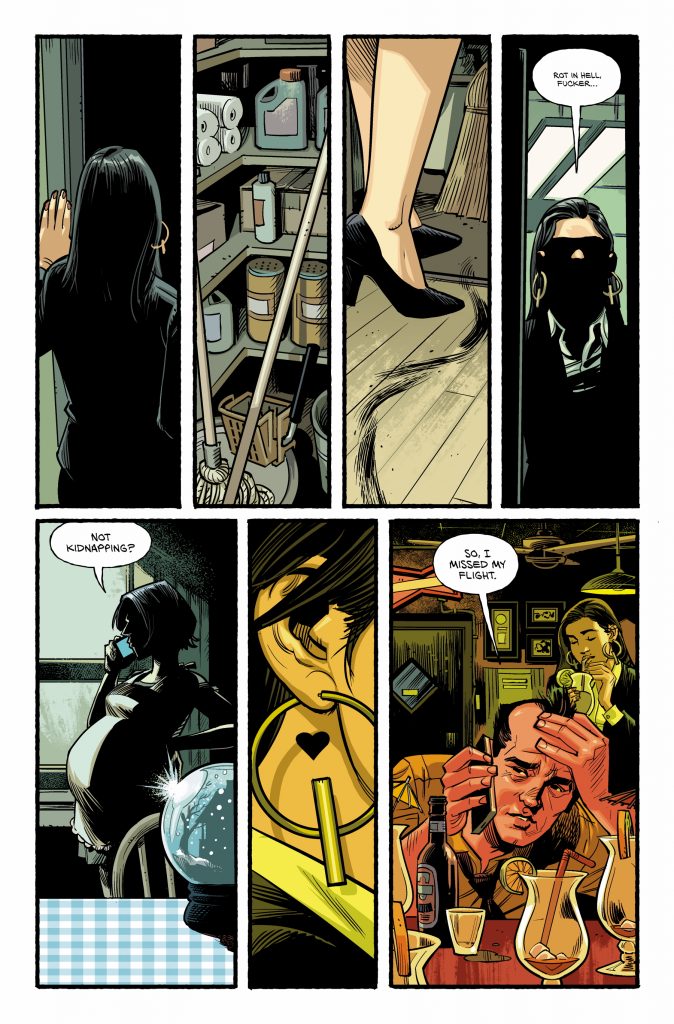 FS: What’s the process being like, reuniting with artist Cameron Stewart? Have you two developed a shorthand with one another?

CP: With Fight Club 2 Cameron spent a summer in Portland, and we got to bond. With the new book, ours has been a long-distance thing, but it still works. As my story became more outrageous Cameron’s style became more realistic. A mutual friend tells me he’s painting, and his new realism stems from that passion. Whatever the case, it works. My script jumps the shark, but his new realism keeps everything plausible. 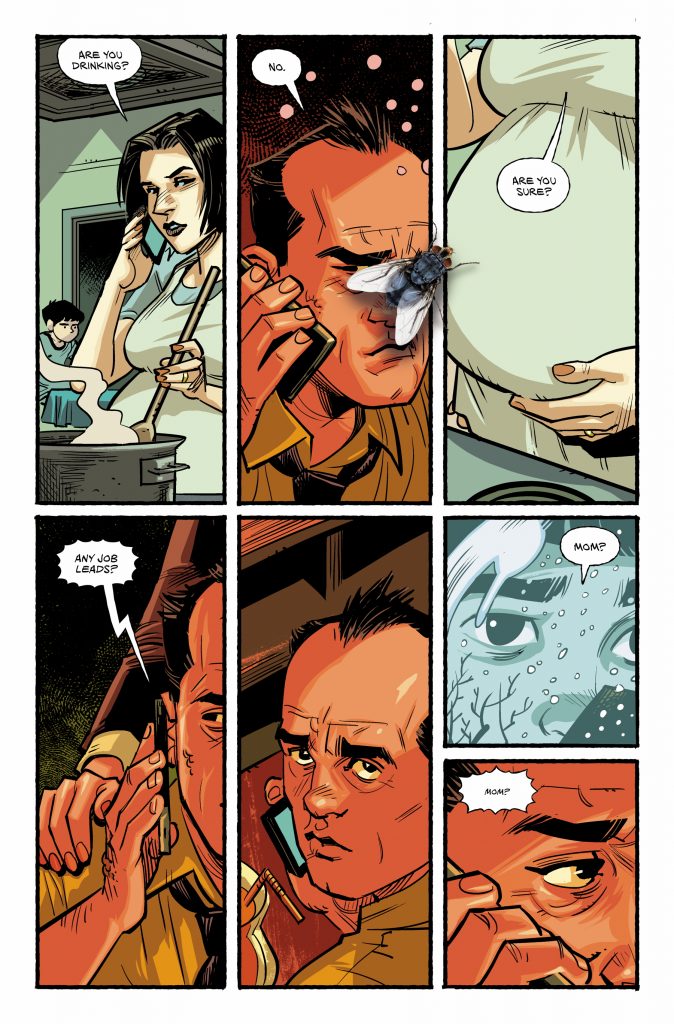 FS: Is there anything you can tease about what we can expect going forward in the miniseries?

CP: For those people who bypass the single issues in favor of the compiled book, woe to you. Each single issue will include at least one monthly feature that will flesh out the storyline, and the book will not include those extras. Wait for the book, but you’ll be missing out on the brainy extra layer that gets Easter egged in the monthly issues. Just so you know you’re missing out. As always, I’ll shut up now.

Marla Singer is about to deliver her second child, but the daddy isn’t her husband–it’s Tyler Durden, who’s very invested in his heir, and the world he’ll inherit.

Marla, her first son, and her husband–the unnamed narrator in the novel, who now goes by Balthazar–live in a rundown motel with sketchy neighbors. In the FIGHT CLUB 2 graphic novel, Tyler transformed Project Mayhem into Rize or Die–now, as a road to paradise presents itself, a new group has implemented a ruthless and deviant plan to fine-tune mankind, leading Balthazar to forge an unlikely alliance . . . with Tyler Durden.