Wednesday is New Comic Book Day, the comic fan’s holy day of the week! Here are a few books that have us bouncing with joy this week. 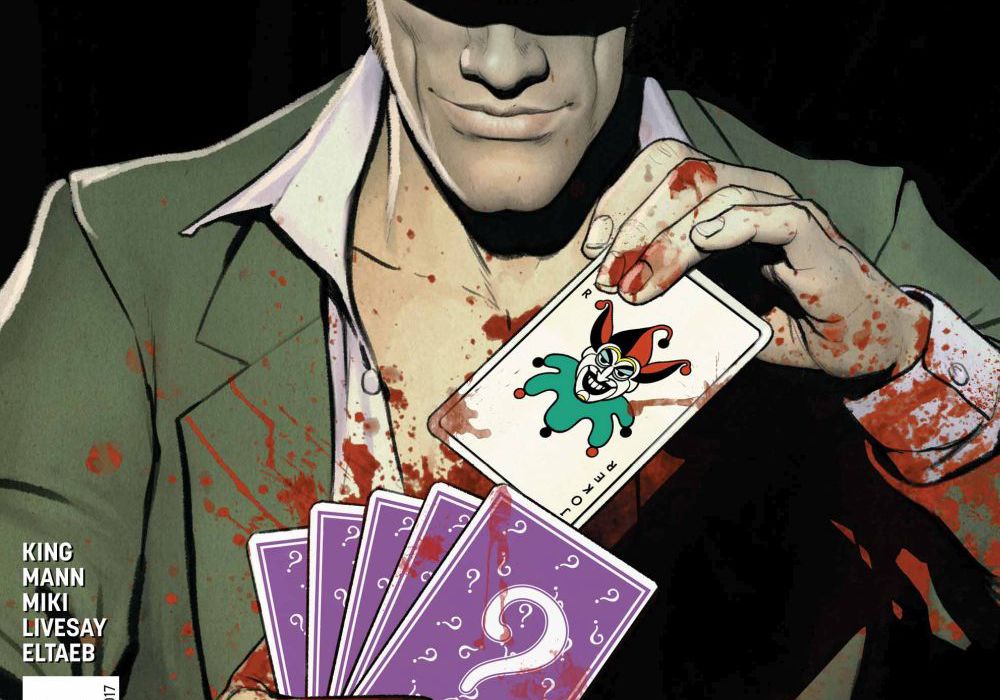 Writer Tom King’s epic yarn “The War of Jokes and Riddles” continues this issue with part 3, featuring an embattled Dark Knight attempting to stave off the gang war pitting the Riddler against the Joker. King’s use of narration and his propensity to up the stakes (something he’s excelled at since his first “Rebirth” issue) is maintaining Batman as one of the best books in DC’s library. 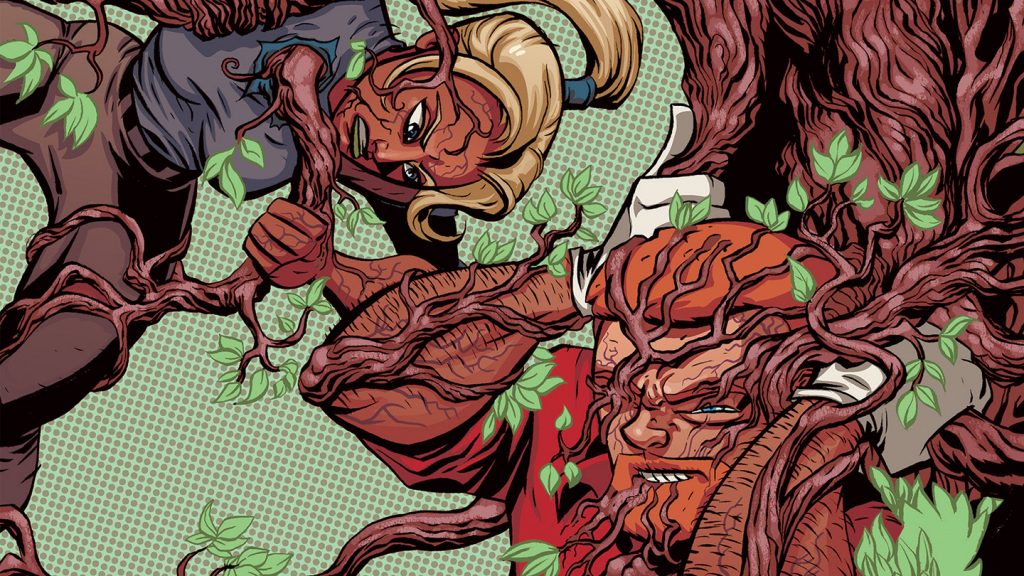 If you haven’t been reading Cave Carson Has a Cybernetic Eye, you’re missing out on one of the highlights of DC Comics’ Young Animal line. Michael Avon Oeming’s art brings a new wave/Silver Age amalgam to the Cave Carson‘s look, marrying wonderfully with writers Gerard Way and Jon Rivera’s Kirby-esque outlandish bombast. Cave and company find themselves squaring off against sentient plants and megafauna in a trans-dimensional adventure in issue 10. Re-read that sentence and try not to be hooked. 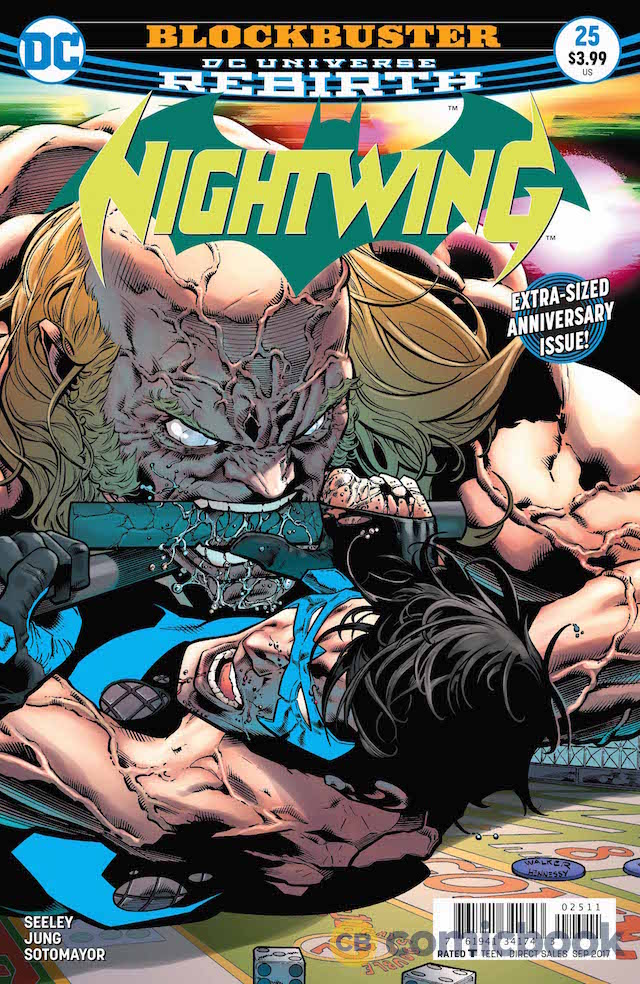 While it’s never a good idea to always judge a book by its cover, any comic featuring Blockbuster biting the Hell out of Nightwing? That image is nightmare fuel… in the best way possible. (Image courtesy of ComicBook.com) 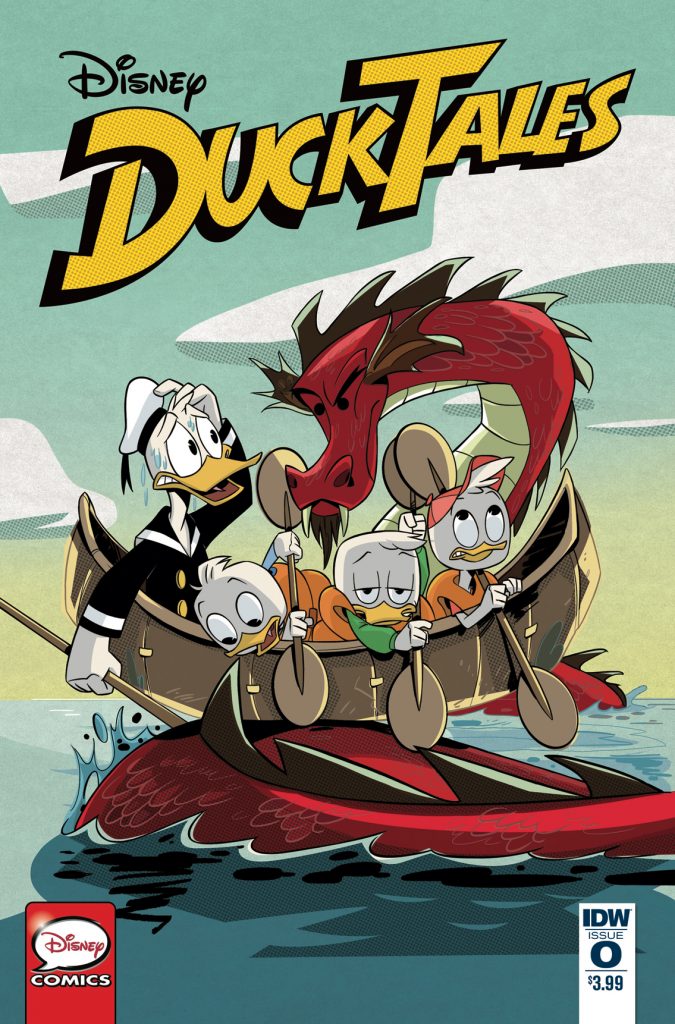 With the DuckTales relaunch hitting Disney XD next month, IDW has provided a perfect jumping-on point for fans young and old to be become acquainted or reacquainted with Scrooge McDuck, Donald Duck, Huey, Dewey, Louie, and the rest of the beloved cast. With art in line with what we can expect on Disney XD and an all-star creative team with greats like Joe Carmanga and Andrea Greppi on deck, DuckTales #0 is a joy for Disney-philes and lovers of fun, action-packed cartoon fare. 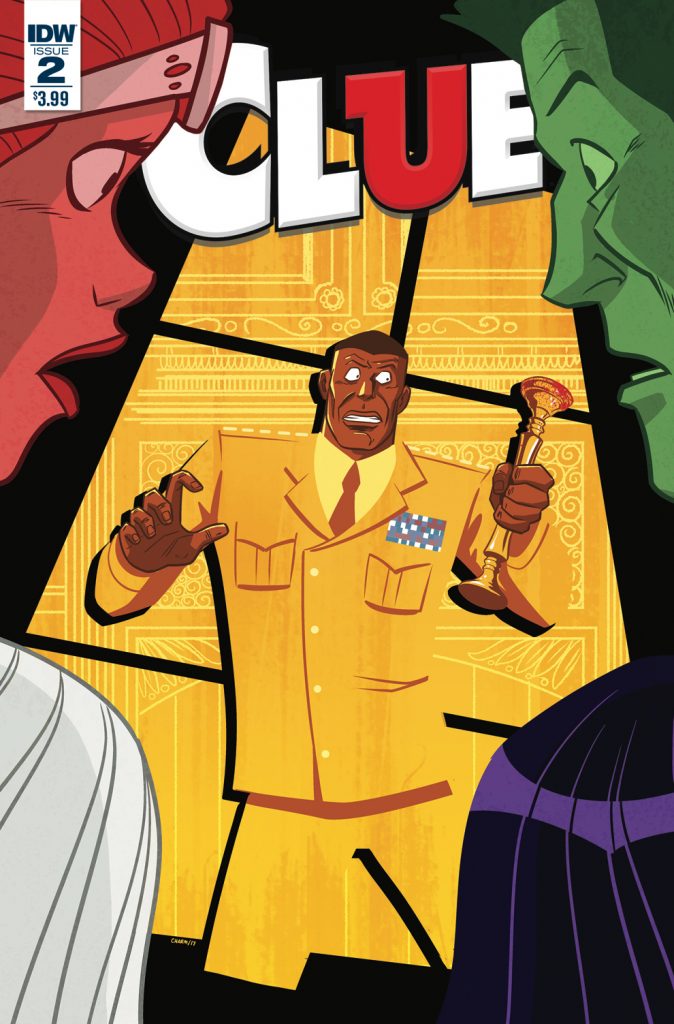 The Tim Curry-helmed Clue film is a beloved entry in pop culture history that revisiting it in any form might seem like a dicey move. However, the team of Paul Allor and Nelson Daniel bring their own unique take to the classic game that make the the colonel, the professor, and the rest of the murder suspects pop off the page. It was IDW in the comic shop with the awesome series! 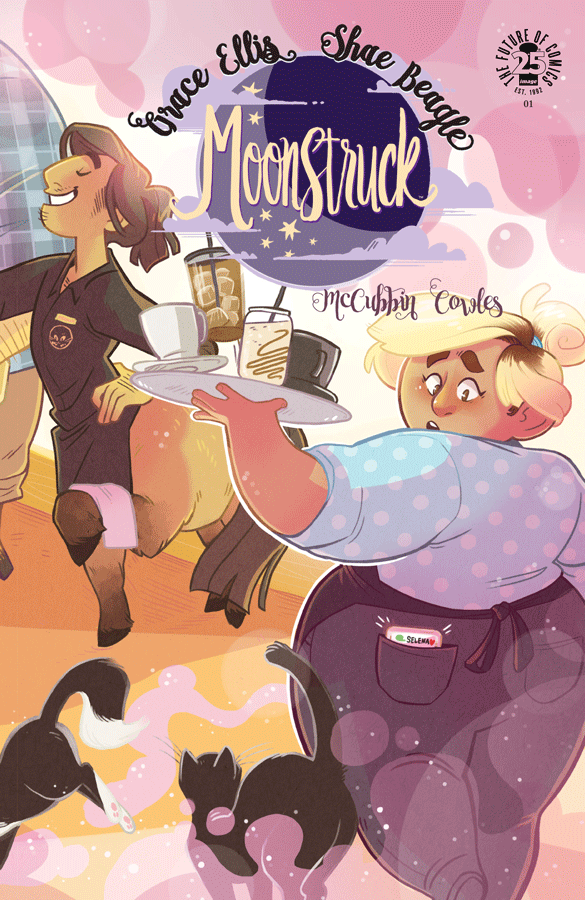 Moonstruck is one of those titles that can’t help but make a smile creep across your face. Between the the ebullient artwork by Shae Beagle and Kate Leth and Grace Ellis’ phenomenal characterization, Moonstruck‘s tale of embracing normalcy versus accepting who you are against a backdrop of the fantastical–werewolves abounding, y’all!–will be one of Image’s books to watch. Mark it down. 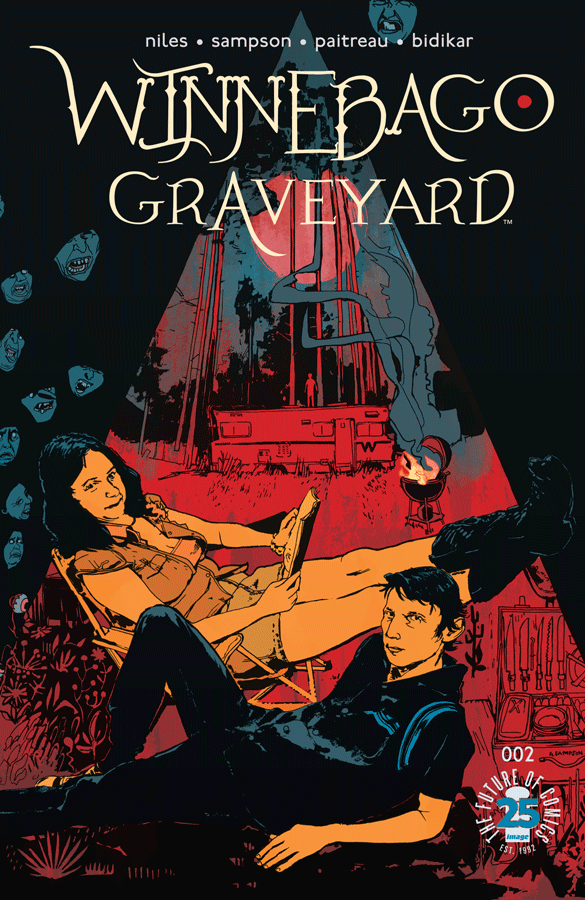 Winnebago Graveyard is genuinely unnerving in a way that many recent blockbusters have failed to accomplish: the creative team acknowledges that while violence induces chills, the anticipation of dread is what creates knots in your stomach. 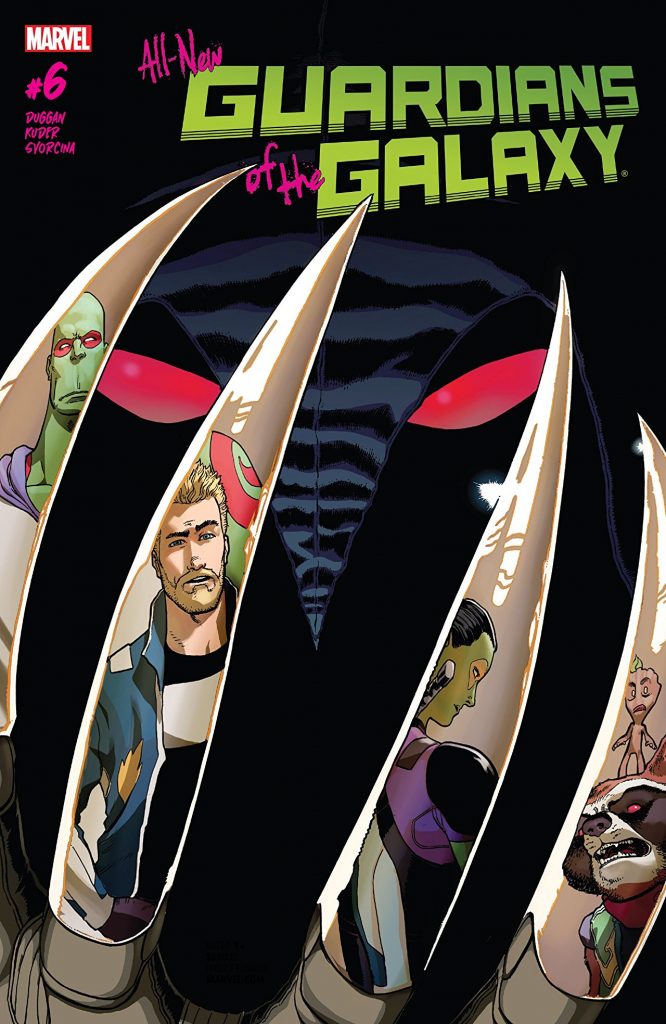 We’re big fans of what writer Gerry Duggan and artist Aaron Kuder have been doing with All-New Guardians of the Galaxy (see our recent interview with Mr. Duggan for more!), and issue #6 looks to be no exception. With the fallout of Gamora’s betrayal and existential crisis and the Fraternity of Raptors on their tails, the Guardians aren’t going to have a chance to catch their breath any time soon. 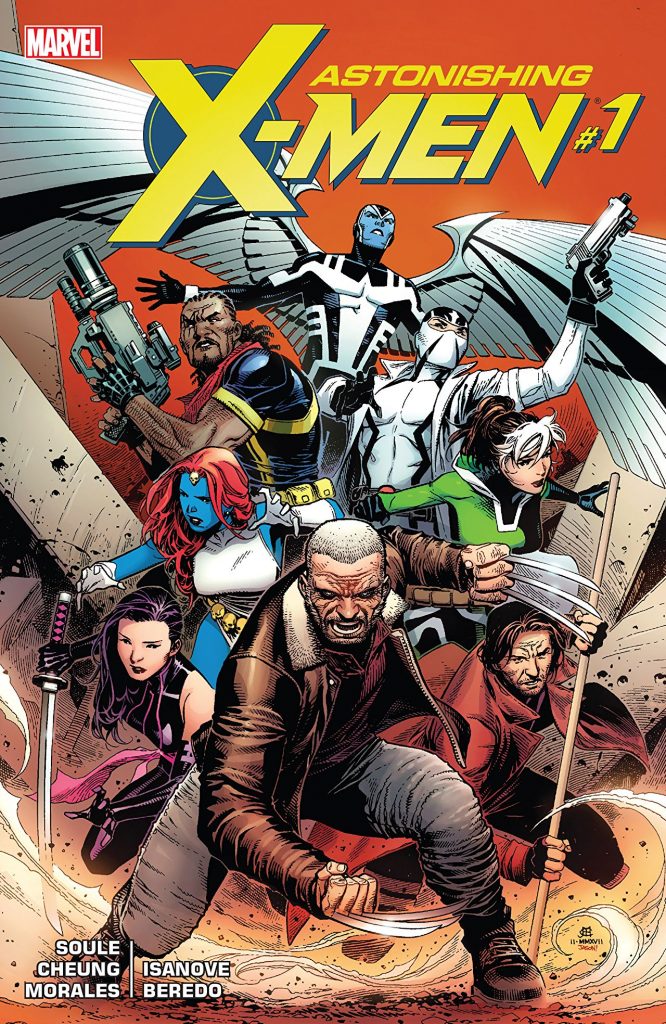 One of the most anticipated of the ResurrXion titles, Astonishing X-Men is helmed by writer Charles Soule with a rotating team of artists, beginning with Jim Cheung. Soule is an adept writer and knows that any X-title gathering characters such as Fantomex, Old Man Logan, Gambit, and more has to be filled with high stakes to be compelling–which the X-folks will face right off the bat with an ancient evil threatening the planet. This book should bring a healthy mix of old school X-shenanigans and new twists that only Soule can bring, which is befitting any X-book bearing the Astonishing name.