Wednesday is New Comic Book Day, the comic fan’s holy day of the week! Here are a few books that are making us party over here, party over there! 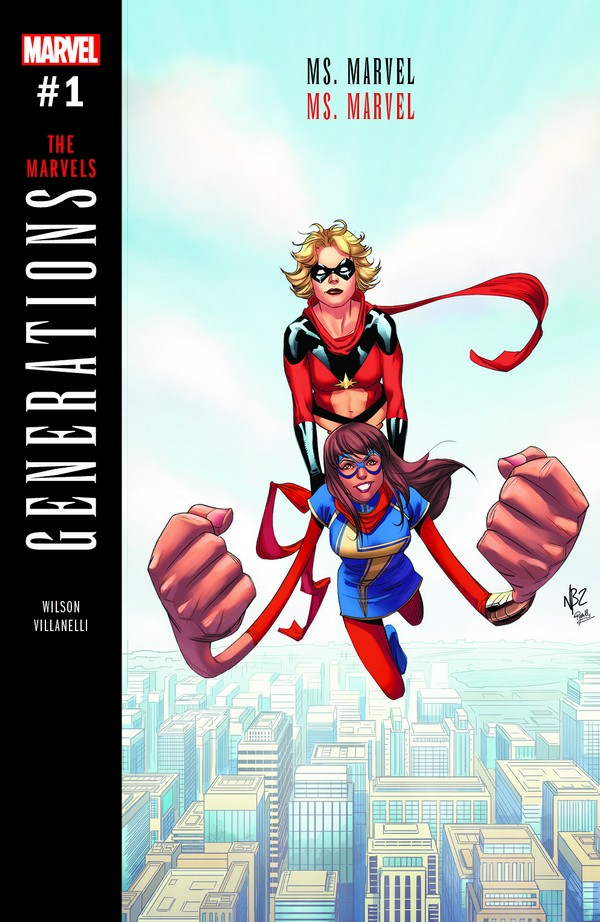 Willow Wilson has been doing wonders with Kamala Khan—Ms. Marvel—since the character’s inception four years ago, so her examination of the relationship between Kamala and a younger Carol Danvers—Captain Marvel— in this one-shot should prove funny and thoughtful. With Paolo Villanelli’s gorgeous linework, Wilson looks to be addressing Kamala and Carol’s recent falling out by thrusting Ms. Marvel into the past and into Carol’s workplace. It’ll be interesting to see how Wilson uses this encounter to inform the heroes’ working and personal relationships in future issues. One thing’s for certain: it’ll certainly be engaging. 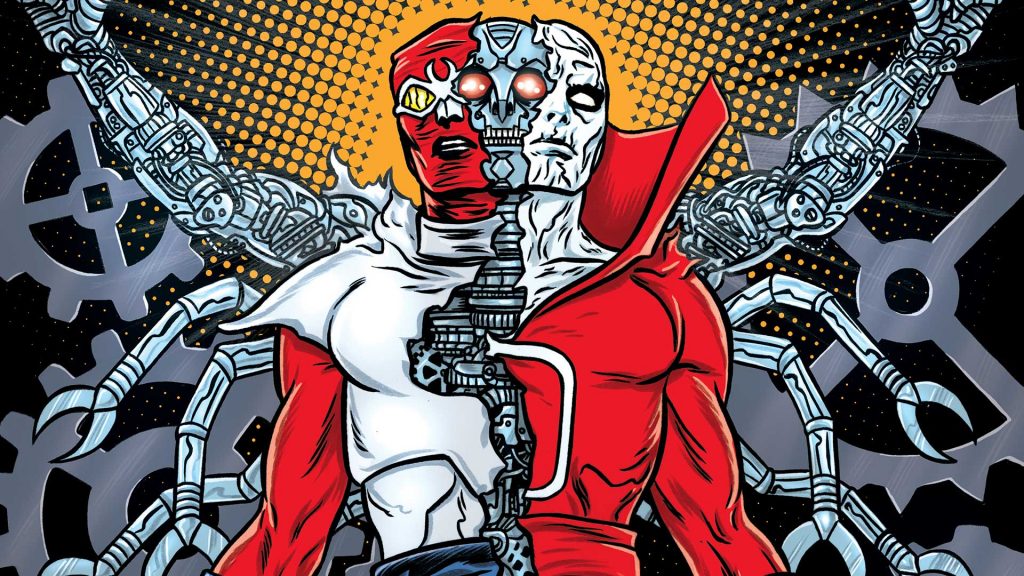 Bug!: The Adventures of Forager, following the quirky New Gods character from DC Comics lore, might be one of the most surprising revelations from of the company’s Young Animal line. Not necessarily surprising creatively—any book with the name “Allred” attached is sure to be a quality work—but surprising that brothers Lee and Mike have made us care so much about the relatively-obscure Jack Kirby creation. But then, from books such as Silver Surfer to X-Statix to Solo to Madman, the Allreds show that they know how to take quirky characters and make them sing. This issue, Bug encounters another askew hero, Deadman, in a reality-hopping tale involving body-swapping and robots. See? Awesome sauce.

Writer Warren Ellis and artist Jon Davis-Hunt’s second chapter in their reimagining of the WildStorm universe begins this week, with characters still reeling from the events of issue 6. Folks will attempt to get their bearings, secrets will be revealed, and mysteries from thousands of years ago will come to light. Ellis, as always, continues to bring Big Ideas to the fore in a thought-provoking yet digestible manner, while Davis-Hunt’s clean, crisp linework both grounds and elevates the breakneck action and chaos. 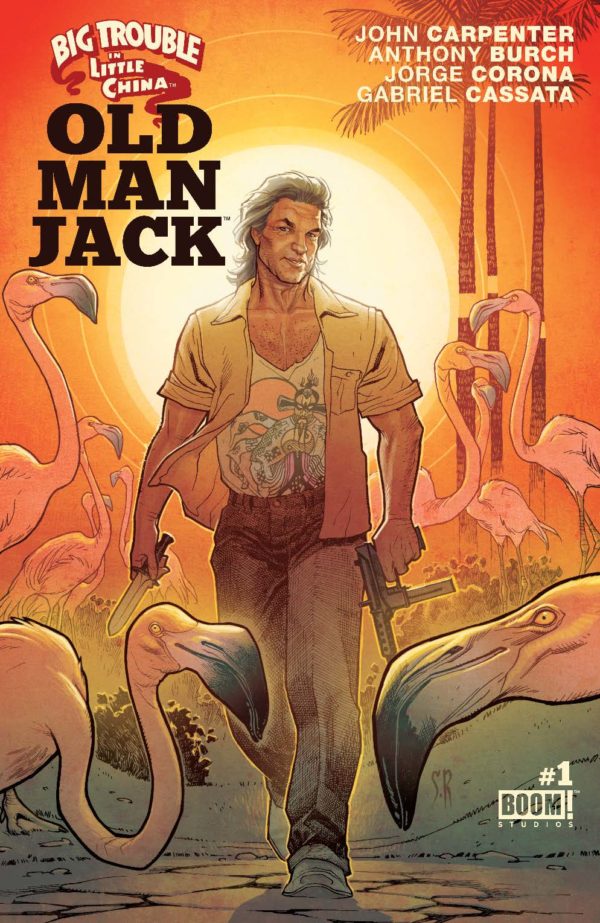 Director John Carpernter’s Big Trouble in Little China is such a beloved classic 80s film that it’s a bit surprising that Carpenter—or anyone else, for that matter—has tried to follow-up with a silver screen sequel. The fact that no one has might be a good thing, considering that now we’re getting to see the return of Big Trouble hero Jack Burton in Boom! Studios’ Old Man Jack. Carpenter has returned to his baby, co-writing with Borderlands 2’s Anthony Burch, with Jorge Corona on art. With a comic book adaptation, Carpenter and company have no special effects budget restraints, so we can see Jack in his last ride with all the Technicolor effects the creative team can imagine. 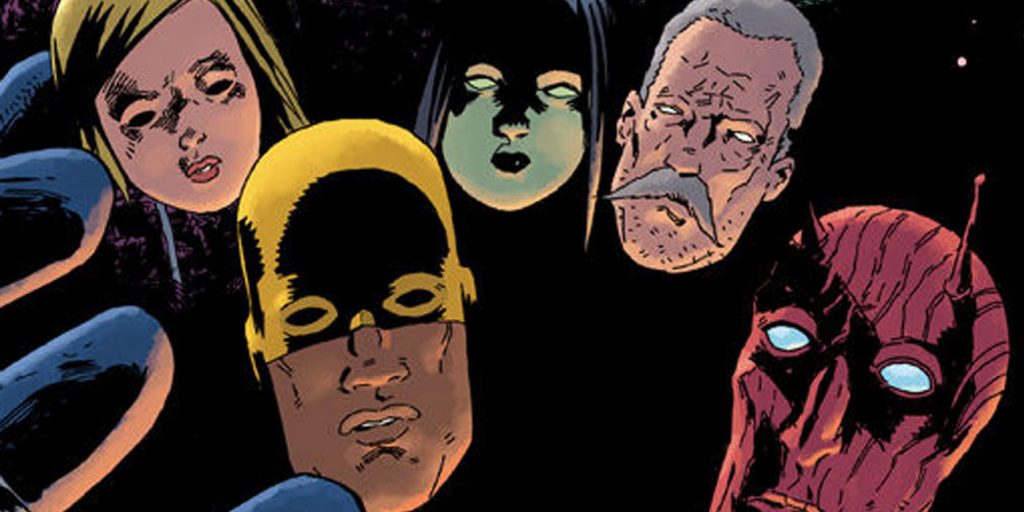 With Black Hammer’s daughter investigating the disappearance of her father and his fellow heroes in this month’s Sherlock Frankenstein & the Legion of Evil, writer Jeff Lemire looks at the mystery from the heroes’ side of the mirror in this week’s Black Hammer #13. Black Hammer and his cohorts see a possible way out of exile after defeating Anti-God and it’s fantastic that this book will act as a companion piece to Sherlock Frankenstein­—which, I’m sure, was no accident on Lemire’s part. If you like old-school comic adventures lovingly written in fresh and novel ways, pick up Black Hammer post-haste. 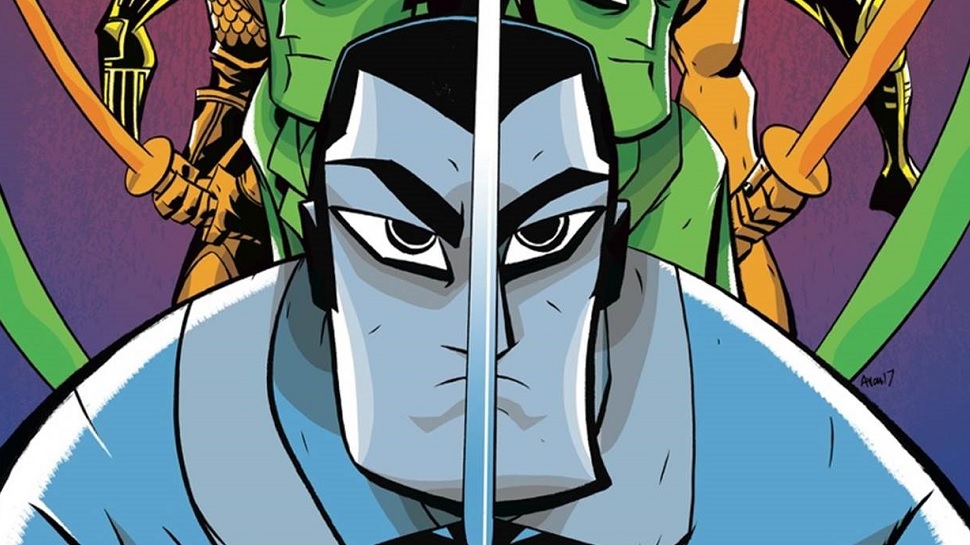 Samurai Jack will, without a doubt, go down as one of Cartoon Network’s greatest achievements, well-deserving of the fan praise and critical accolades that are routinely lauded on the series. With the network recently wrapping up Samurai Jack’s adventures, it’s heartening that his adventures will live on over at IDW, starting with this month’s Quantum Jack #1. With Jack reality-hopping via Quantum Leap­-type shenanigans, we’re sure to be privy to unique and grabbing yarns we haven’t seen before. Writer Fabian Rangel Jr. and artist Warwick Johnson Cadwell at the helm, who both know a bit about off-kilter, entertaining takes on older tropes, we’re sure to be in for a wild ride. 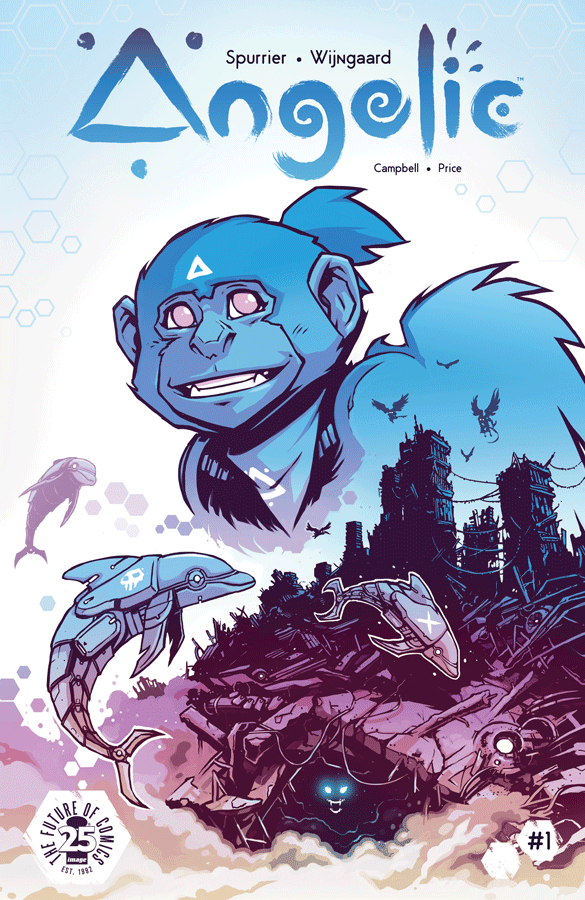 While you wouldn’t be faulted for being drawn into Angelic for its adorable monkeys and techno-dolphins, it very much shares DNA with great animal-driven tales such as We3 and Pride of Baghdad, stories that make readers confront how they treat their animal kin. Angelic #1 depicts a world in which humans are long-gone and the animals they abused and genetically-modified are left behind to soldier forward. Moving, beautiful, and imaginative, Simon Spurrier and Caspar Wijngaard’s Angelic will make you smile, cry, and smile some more. One of my favorites of the week.