The last time we saw Sir Patrick Stewart portray Jean-Luc Picard was in the 2002 film Star Trek: Nemesis, so it’s understandable that fans were jazzed when it was announced that CBS All Access’ streaming service would be home to a series focused on the former Enterprise captain. Today, CBS dropped a first teaser trailer for Star Trek: Picard, and color us even more intrigued.

The footage features Picard walking through a vineyard—presumably his own and a callback to classic Star Trek: The Next Generation episodes—while a voice calls him “Admiral” and asks why Picard left Starfleet. Showrunner Alex Kurtzman has stated in an interview that the destruction of the planet Romulus in 2009’s Star Trek movie impacted Picard in a monumental way, so perhaps that has to do with Picard leaving Starfleet behind. The voice also mentions a rescue that Picard seems to have been instrumental in executing; was there fallout from that rescue?

All conjecture at this point, but isn’t it amazing how excited a one-minute-and-change trailer can get a person? Welcome back, Picard. Disillusioned, depressed, or despondent: It’s just nice to see you again.

Star Trek: Picard is coming soon to CBS Access. Also check out this gorgeous teaser poster for the series! 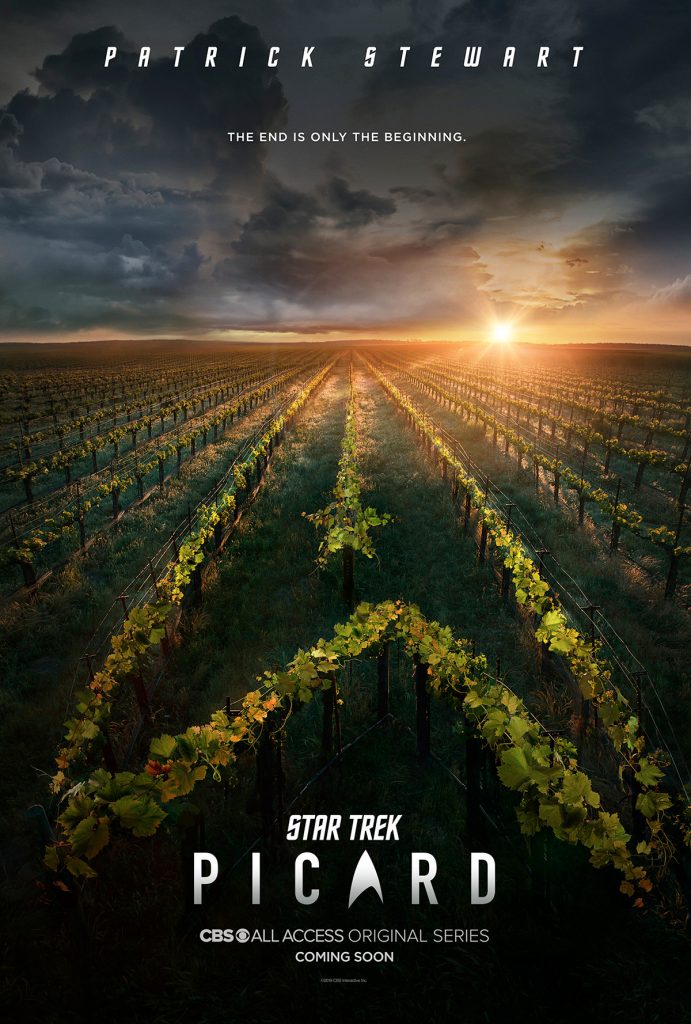