You can’t have a comic called Dark Nights: Death Metal and not release an appropriately hardcore soundtrack to accompany it. And that’s exactly what DC Comics and Loma Vista are doing for the miniseries written by Scott Snyder and drawn by Greg Capullo. Inspired by Snyder and Capullo’s tale of the Dark Multiverse and the Justice League’s attempts to stave off the threat of The Batman Who Laughs, the Dark Nights: Death Metal Soundtrack features songs both previously released and tunes that had not been released to the public yet.

And check out this incredible album art! 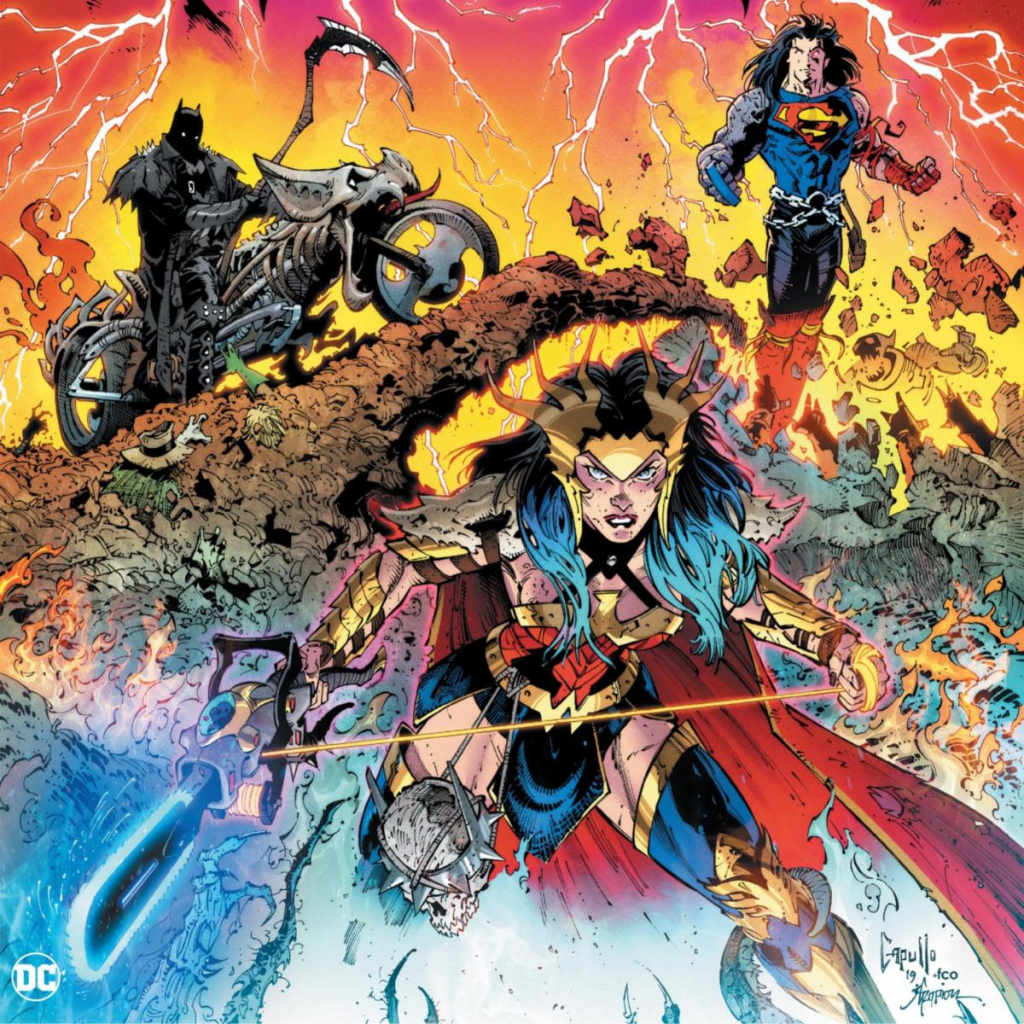 You can snag the digital version now and get the physical copy of the soundtrack on July 16th.

Executive produced by Tyler Bates (“Guardians of the Galaxy,” “Watchmen,” “John Wick”), the acclaimed composer here unites an array of artists across various genres, forming his own musical super crew to create a first-of-its kind companion piece of original music, which adds further dimension to the lauded DC “Dark Nights: Death Metal” series through a multimedia experience including custom limited edition comics, videos, and more. All artists involved took a hands-on approach with contributing songs—and in the case of a few, collaborating together for the first time—inspired by the text that depicts a hellish Earth twisted beyond recognition, wherein the Justice League is at the mercy of the Dark Multiverse and a diabolical Batman Who Laughs.