Once DC Comics began their line of comics based on Hanna-Barbera properties such as Space Ghost, The Flintstones, and Jonny Quest, it was never a matter if DC powerhouses like Green Lantern and the Suicide Squad would meet up with characters from the Hanna-Barbera world, but when.

The when, it turns out, is this March, as DC has just announced that the company’s mightiest heroes will come face-to-face with some of Hanna-Barbera’s biggest stars in a series of annuals set for the spring. 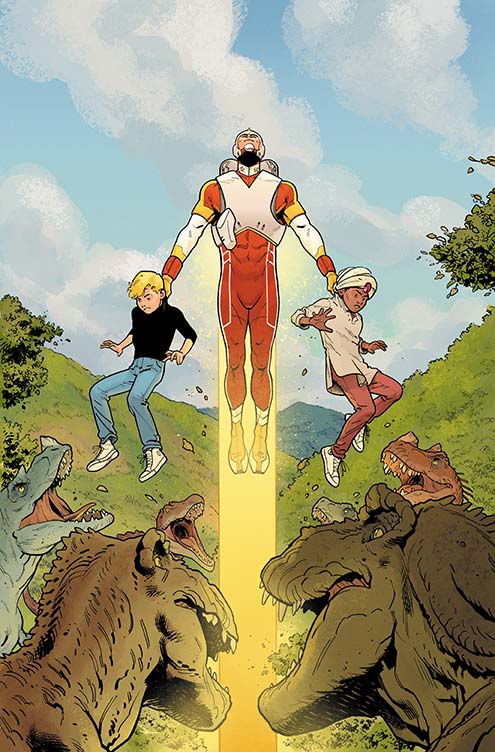 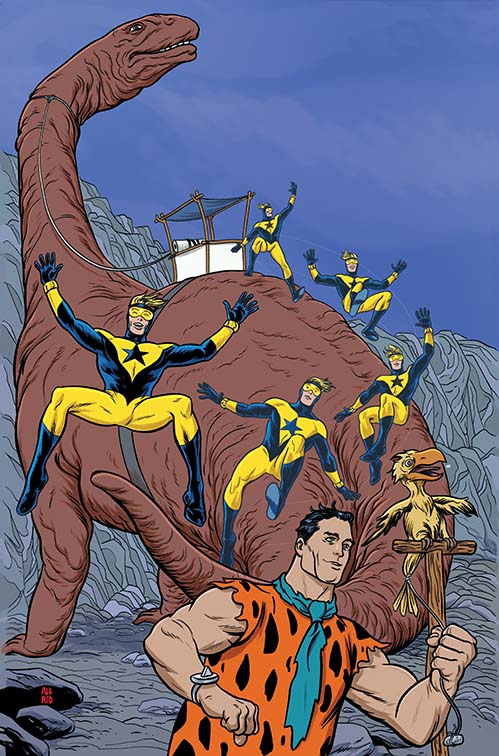 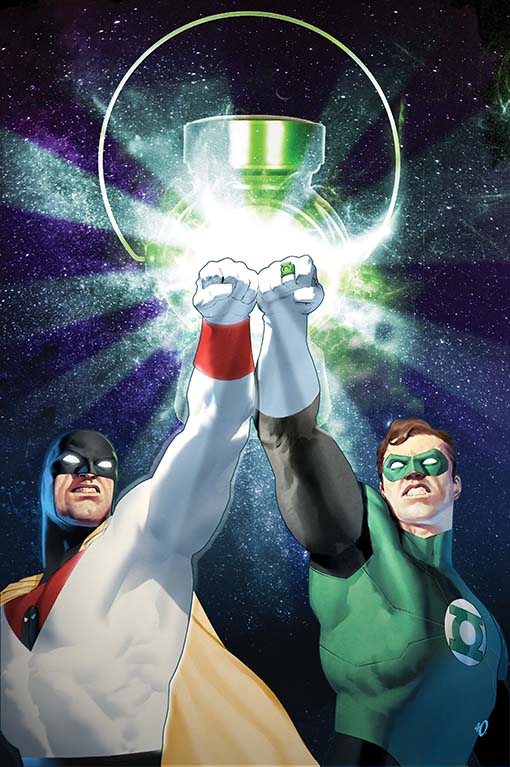 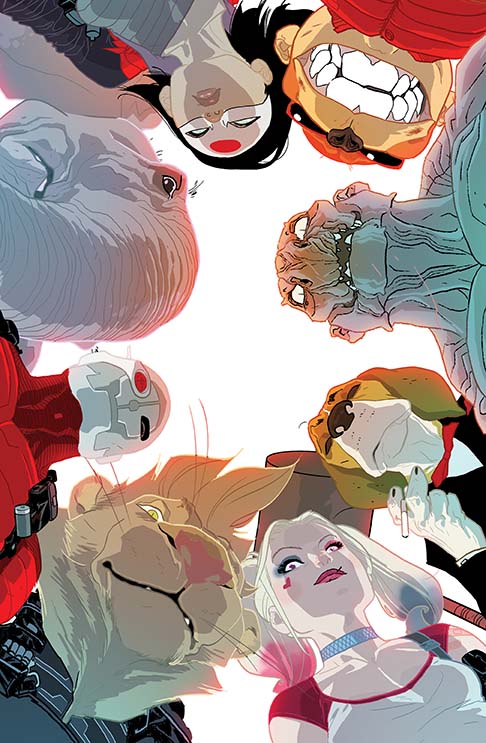 If you’ve been keeping up with the new Hanna-Barbera series, you know that DC Comics has been careful at curating those tales to respect what’s come before, but also to add a shine and a new spin for modern audiences, and it’s a focus that’s worked. As such, the same care seems to have been put into the pairing of DC characters and Hanna-Barbera creations for these upcoming annuals. While they all look to prove entertaining, I’m particularly interested in the Booster Gold/Flintstones mash-up. Not only does the time-traveling Booster Gold landing in Bedrock to solve an alien mystery make sense thematically and story-wise, but Mark Russell is taking the reins of the tale. Russell has been at the helm of The Flintstones since new series began and has yet to turn in a yarn that isn’t thoughtfully-crafted, filled with thought-provoking ideas, and paced expertly.

Fans of Hanna-Barbera titles like WACKY RACELAND, THE FLINTSTONES, FUTURE QUEST and SCOOBY APOCALYPSE will see their favorite cartoon characters team up with some of DC’s greatest superheroes in a series of Annuals, all on sale March 29, 2017. In addition to these over the top, wild adventures, fans will get a sneak peek at what’s upcoming from DC’s new takes on classic Hanna-Barbera animated characters.

Following the events of the DEATH OF HAWKMAN miniseries, Adam Strange is blasted through multiple dimensions only to land on Earth! But instead of super powered beings and legendary crime fighters, he encounters a boy adventurer and his scientist father – and they’re the only ones who can help him return home. Jonny Quest, Hadji, Dr. Benton Quest and Race Bannon have a plan, but it’s going to involve a dangerous trek through Dino Boy’s Lost Valley of prehistoric threats!

And in the backup feature starring Top Cat, breaking out of prison is challenging enough for an anthropomorphic cat, but what happens when it means stumbling through a cosmic portal to planet Earth, right into the hands of Batman?

Welcome to the 25th Century, where the Earth is a polluted, post-industrial nightmare, most animals are extinct and reptilian aliens are invading cities across the planet! In their time of need, the world’s citizens turn to the time-traveling Booster Gold to save the day. To learn why these aliens are attacking Earth, Booster dives deep into the prehistoric past to see what happened when they first came to the planet. In this bygone era, Fred Flintstone and Barney Rubble must help Booster learn the truth and return to his own time armed with the information that will bring down the invaders – if Booster can convince them to help him out.

Harley Quinn’s Amanda Conner and Jimmy Palmiotti put a new twist on an old twist about our future in THE JETSONS! The Jetsons live in a world of robotics and gadgetry. But how does dying change when grandma’s brain can be digitally imprinted onto a housecleaning robot?

Story and art by Howard Chaykin

Trapped in a strange rift in time, Green Lantern and Space Ghost are forced to battle a variety of foes – and each other! And even if they manage to survive, they will be thrown into a world with no concept of interstellar travel – or even what an alien is! Stripped of their weapons by a xenophobic culture, the duo will have to battle to regain them – but what happens when Space Ghost dons the Lantern Ring and Hal Jordan puts on the Power Bands?

Iconic writer Howard Chaykin puts a modern spin on one of Hanna-Barbera’s earliest animated animal teams! Ruff and Reddy were once the toast of nightclubs, variety shows late night chat fests and Broadway. Learn how they became the comedic duo of yesterday… Before they hit rock bottom today!

“Suicide Splits” pairs up Saturday morning’s animal rock band with Amanda Waller’s Task Force X, the dirtiest players in the game! Mistaken for metahumans and thrown into the bowels of Belle Reve Penitentiary, the Banana Splits are recruited by Amanda Waller for a secret mission: Save the Suicide Squad! What follows is quite possibly the weirdest team up ever; how will Fleegle, Bingo, Drooper and Snorky stand up to Harley, Deadshot, Katana and Killer Croc?

Mark Russell brings his hilariously satirical style to this backup feature, where Snagglepuss is a Southern gothic playwright working with an ensemble cast of cultural figures, exploring an intensely creative time in the New York City theater scene of the 1950’s.