If you’ve watched the film Deadpool—and if you haven’t, scoot on down to a movie theater now—not only did you get to watch Ryan Reynold mete out sass and sword-slices as the Merc with a Mouth, but you also got a chance to spend time with a couple of X-Men as a bonus. The most passing of X-fans probably recognized mutant hero Colossus, the Russian powerhouse who can transform his skin into punch- and kick-proof metal and who’s always written to sound like a Cold War villain in a James Bond film. However, the mutant who stole the spotlight from Colossus was his adolescent X-Gal protégé, who goes by the mouthful name Negasonic Teenage Warhead, played by actress Brianna Hildebrand. Armed with the telekinetic power to make things go all ‘splodey within a certain radius using plasma and atomic bursts, she had a disinterested snarl and a sharp tongue who could hold her own in trading barbs with Mr. Pool.

Chances are, however, unless you’re a comic book fan, particularly a reader of the X-Men titles, you might not have heard of Negasonic Teenage Warhead (henceforth referred to as Negasonic). Hell, as Deadpool alluded to in the film, that might be one reason she appeared in the movie in the first place: The filmmakers could use her character on the cheap due to lack of household name recognition. However, as I said, Negasonic wasn’t created whole-cloth just for the story.

Created by comic book writer Grant Morrison, Negasonic first appeared in 2001’s New X-Men #115 from Marvel Comics. Morrison named the teenage girl after the song “Negasonic Teenage Warhead” by the band Monster Magnet. Her codename is appropriate, as the song is about rock stars who appear to always be negative and hate who they are, which is feeling sometime seen in teens during adolescents and among some mutants in the Marvel Universe. Dressing in dark, goth/emo apparel, she was a student in the telepathy class of Emma Frost, the reformed villain-turned-hero the White Queen, located in the mutant nation of Genosha. She had been having nightmares that Genosha’s population would be decimated, brought on by her precognitive and telepathic powers, and shouted out the same prophecy in class as most of the people of the nation—except for Emma—were wiped out by mutant-hunting sentinels, including Negasonic. 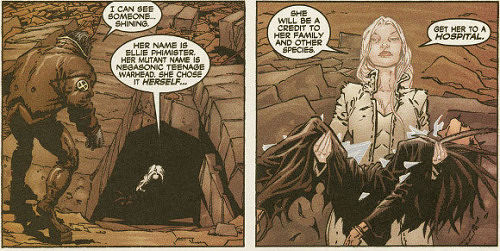 Much later, although dead, Negasonic made a brief appearance during writer Joss Whedon’s run on Astonishing X-Men, returning as a member of the reformed Hellfire Club, an elite group of mutant mucky-mucks that clashed with our X-heroes time and again. The Hellfire Club started incapacitating the X-Men one by one until Cyclops—because Cyclops is awesome—discovered that the Hellfire Club members were all illusions, projected by Emma while under the control of X-Men founder Charles Xavier’s homicidal twin sister Cassandra Nova (long story). She again cropped up after being resurrected, along with the rest of the population of Genosha, by the villainous Black Queen Selene, but she’s dead again, so there’s that. 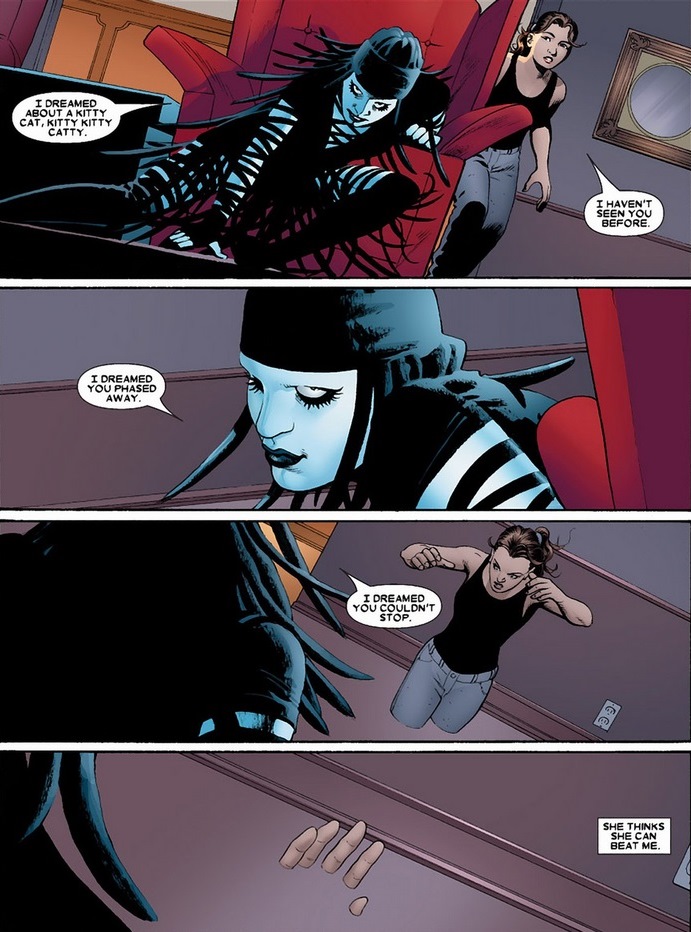 But didn’t I say that Negasonic had the power to make things go boom in Deadpool? What’s with the mental power nonsense? Originally, as Deadpool director Tim Miller told Empire magazine, the film was going to feature the mutant Cannonball, who has powers similar to those Negasonic displays in the movie. However, the character, who hails from Kentucky, would’ve been written as a hick. (As a Kentuckian, I’m very glad that change was made.) He goes on to say that the snark of the character played well against Colossus-as-straight man, which is pretty evident in the flick. For my money, it was a sharp move. Not only does Brianna Hildebrand play the role with a dry wit and drollness that plays beautifully against Colossus, her steeliness under the pressure and chaos around her makes her scenes shine. 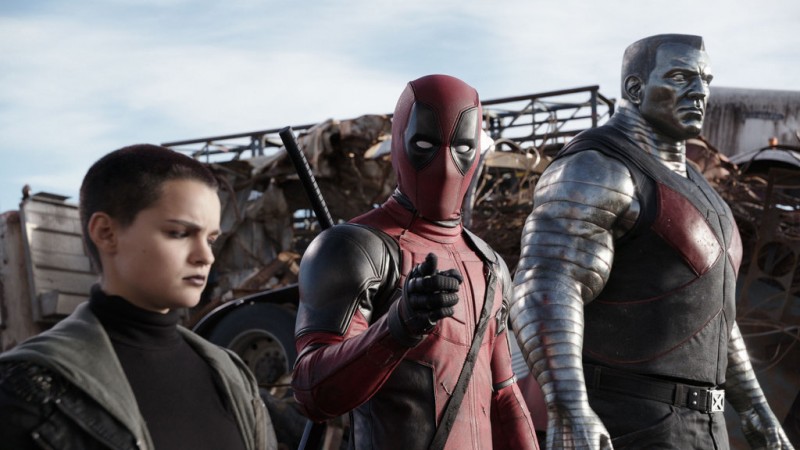 Further, as the screenwriters told Cinema Blend, the name “Warhead” implies explosive energy, so the powers fit the name and the nonstop action of the film. I also suspect that since the X-Men films have already featured quite a few characters with telepathic powers—Charles Xavier, Jean Grey, Emma Frost—that the film’s creators might have wanted to feature something new for moviegoers.

Deadpool, directed by Tim Miller and starring Ryan Reynolds and Brianna Hildebrand, is now in theaters.