With Aquaman hitting theaters in less than three weeks, moviegoers are becoming increasingly jazzed about the solo adventures of Arthur Curry–portrayed by Jason Momoa–who would become the aquatic Justice League member. With that excitement ramping up, we’re partnering with Fandango to give away two Aquaman-themed Fandango $25 gift cards! The gift card is good for any theatrical ticket purchases via Fandango or for home viewing with FandangoNOW! 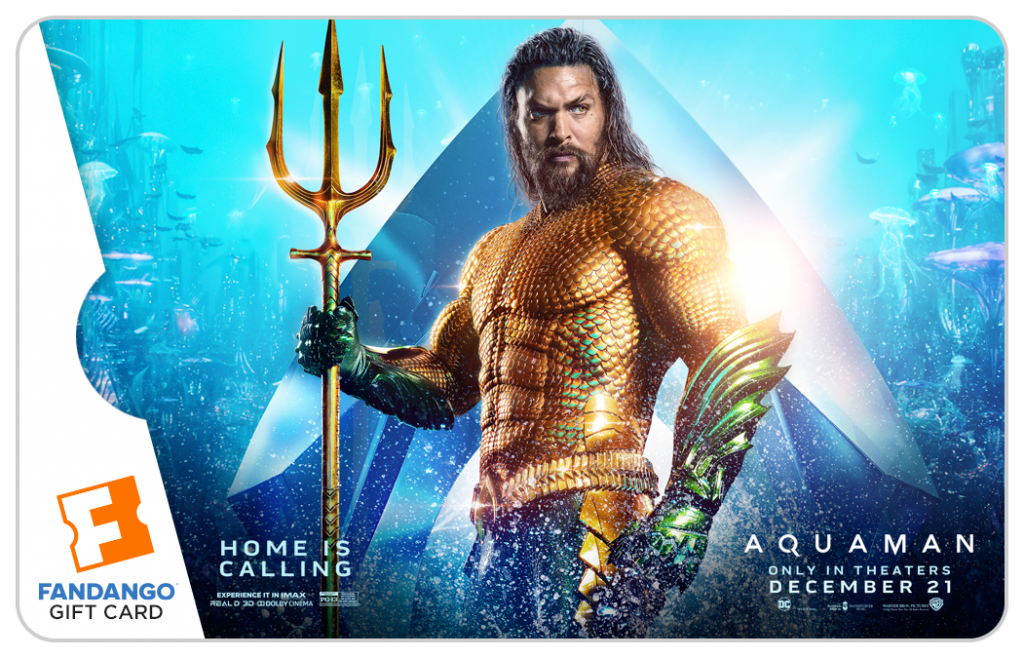 For a chance to win, simply head to FreakSugar’s Facebook and Twitter pages, find this link, and tell which superhero you’d like to see get his or her own solo film next.

The details: Only one entry per social media platform, so you can enter once on Twitter and once on Facebook–meaning, if you have accounts on both, that’s two chances to win! The contest ends on Wednesday, December 12th at 11:59 PM Eastern time.