Whether in pop culture or in mythology, the devil is always the most sinister and unnerving not when he’s snarling and flapping leathery wings and puffing his red-scaled chest, but when he smiles and uses his silver tongue and attempts to speak to you logically and rationally, approaching you as an equal. Writer Donny Cates knows this, and it’s reflected on his take on Marvel’s demon lord Mephisto in Doctor Strange: Damnation #1, on sale now. 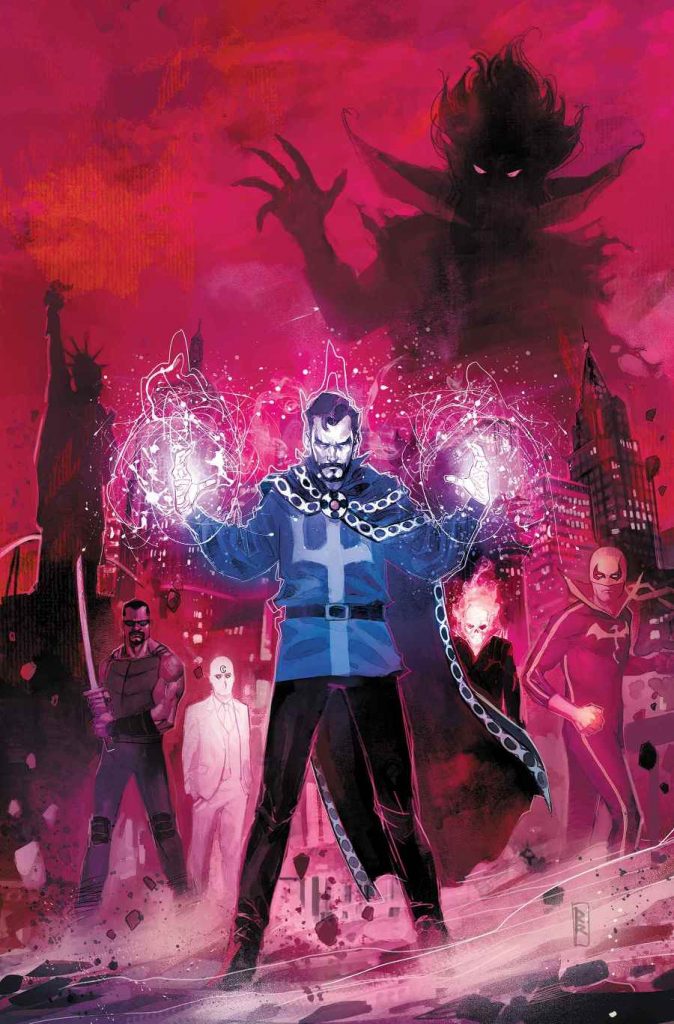 In Damnation, Mephisto reemerges to Earth following Doctor Strange’s resurrection of Las Vegas and her people, which were destroyed during the events of Marvel’s Secret Empire miniseries. Using newly acquired Asgardian magic during a row with the trickster god Loki, the Sorcerer Supreme decides to take it upon himself to right the obliteration of Sin City at the hands of the terrorist organization Hydra. The city gleams brightly with its trappings and families are reunited. It appears that, regardless of Strange’s dabblings in powerful magicks even perhaps beyond his abilities, everyone gets a Happily Ever After.

However, unbeknownst to Strange, the entire city and its residents found themselves in Mephisto’s infernal realm after upon its destruction. Now that Stephen has brought them back, he opens the door to the netherworld and her denizens to follow, bringing about a literal Hell of Earth. As it turns out, the Lord of Lies is not willing to let his newly-claimed prized out of his grip so easily. The happy ending quickly turns into a nightmare as the recovered citizens of Las Vegas are tormented once again, unable to escape their previous fates, locked away in Mephisto’s casino lair. Mephisto does give Stephen an out for those souls, however: prove that there is good in humanity and defeat him and Mephisto will grant his prisoners their freedom. If Strange loses, Old Scratch gets the good doctor’s soul. 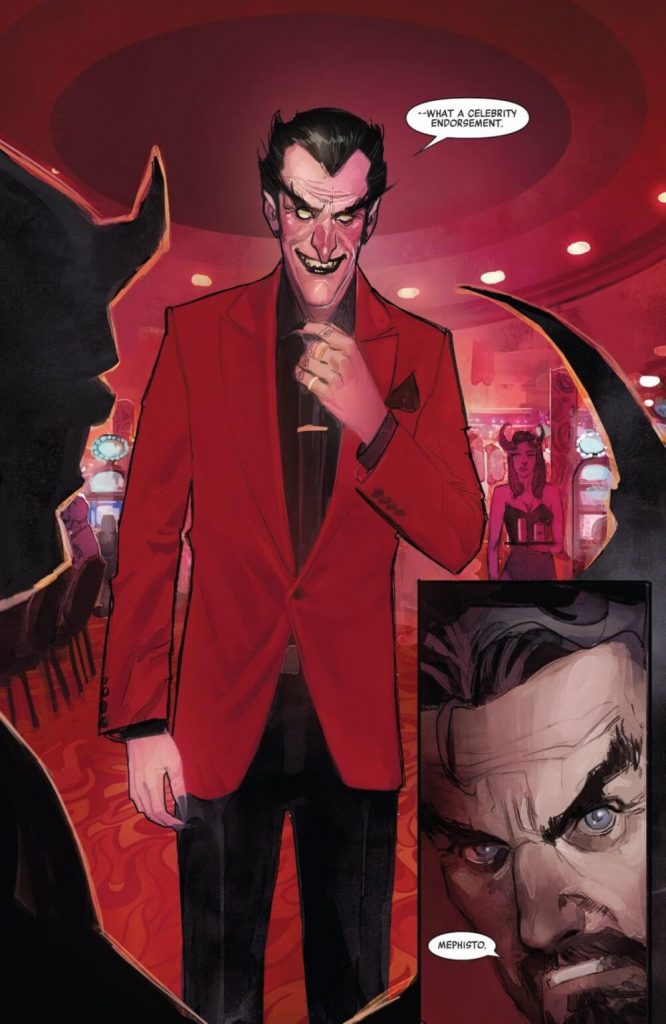 It’s a bargain that’s been presented to Stephen before; he even says at one point, “You cannot be serious—this? Again?” And although Mephisto concedes that Stephen has a point, the buildup Cates lays out leading up to Mephisto’s wager is what’s so gripping about this issue. Bearing the demeanor of a skilled politician with the fashion sense of Casino’s Robert De Niro, Mephisto presents himself as the wronged party, having to contend with a glut of Las Vegas’ souls dropped on his doorstep. He plays the wounded devil, a poor, put-upon demon who has to make the best of a bad situation. And he balks at the indignity, having adjusted to this new normal, has those souls wrenched from his talons as quickly as they arrived.

Of course, Strange knows this is all a show. Mephisto knows Strange knows this. They’ve grappled with one another so many times over the years that each knows how the other will react given the situation. Stephen knows that Mephisto is playing a long con; the doctor knows that Mephisto knows that he knows. They both know that they’re each looking for an in, a yet-unknown variable to turn the tide. Or maybe Mephisto already has that variable locked up and it’s up to Stephen to find it. It’s a nice look at their relationship, acknowledging the past and not pretending that these long-time adversaries don’t know one another’s sneakiness and propensity for trickery and subterfuge to meet their ends. Cates lets the characters breathe and act as they are meant to, as foes with a long history with one another, neither willing to budge… or, in the spirit of Las Vegas, only show the cards they want the other to see.