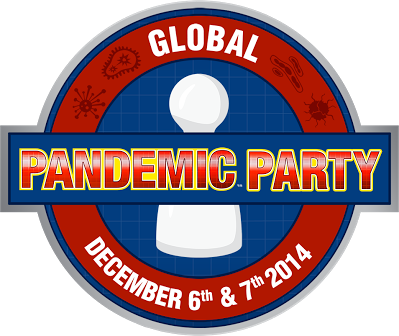 It was only a few weeks ago that America was in full-blown ebola panic mode, and Foreign Policy (an outlet not renowned for its board game coverage) wrote this gem about Pandemic. The game was dubbed “the nightmarish Ebola board game that’s starting to look all too real,”  but the write-up served more as a first timer’s introduction to the now-relevant game.

Could the cure to a frightening virus be locked away  inside this carboard box? No, not really. Pandemic falls far short of a realistic medical simulation, but now designer Matt Leacock has put together a plan of action, intended to rally his game’s fans and make an actual contribution toward fighting a disease.

Leacock will serve as host to a global Pandemic party during the first weekend in December, encouraging fans to hold their own events throughout the world and solicit donations for Doctors Without Borders, sponsoring their work to curb the spread of ebola. As of this post’s publication, the party had already expanded to more than 30 individual events, spanning 9 different countries.

Leacock told Foreign Policy that he designed Pandemic because he was “interested in emergent systems, and found the outbreaks and chain reactions fascinating to model.” It sounds as though this fundraising effort may just scratch that same itch, with hopes that it will go, for lack of a better term, viral. 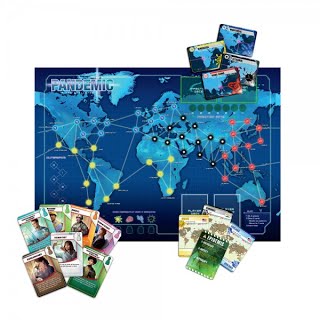 This all comes on the heels of a late-breaking wave of support for Ebola treatment. As the USA has for now rid itself of the disease, it’s important remain focused on the cause and support the efforts of Doctors Without Borders, who are working to help communities in Africa that are still struggling to contain the latest ebola outbreak.

If you are interested in doing your part, you can donate directly here and help push the global Pandemic party towards its $100,000 goal, or you can go the extra mile and host your own event using the instruction found here.