One of the great, unsung horror movies of the ’80s might just be William Lustig’s Maniac Cop. A piece of low-budget craziness, it involved a faceless, hulking cop committing murders around New York City. Basically, it was a uniform and badge remake of Lustig’s own Maniac (1980), splitting the POV between the killer and the cops trying to catch him.

Now word is coming out of Cannes from Screen Daily that Wild Bunch is planning a Maniac Cop remake with Fatale, Criminal, and Captain America writer Ed Brubaker handling the script, with Drive director Nicholas Winding Refn in charge of the production while they search for a director. Lustig is set to produce.

Brubaker is a pro when it comes to gritty crime fiction and complex, long-form espionage action and drama, and at this point I haven’t read anything that indicates he’s got the requisite sleaze factor necessary for the kind of movie the original Maniac Cop was. Plus, with that title alone, you expect something lurid, something that leans into the exploitation angle.

The original Maniac Cop starred genre vets Tim Atkins (Halloween III, Night of the Creeps), and Bruce Campbell (c’mon, you’re on this site, you know who he is) trying to stop his reign of terror.

The real casting coup was professional big guy Robert Z’dar, whose massive silhouette made him the perfect fit for a kill-crazy officer of the law.

Here’s hoping the remake takes off so that we can get into the voodoo weirdness of the sequels. 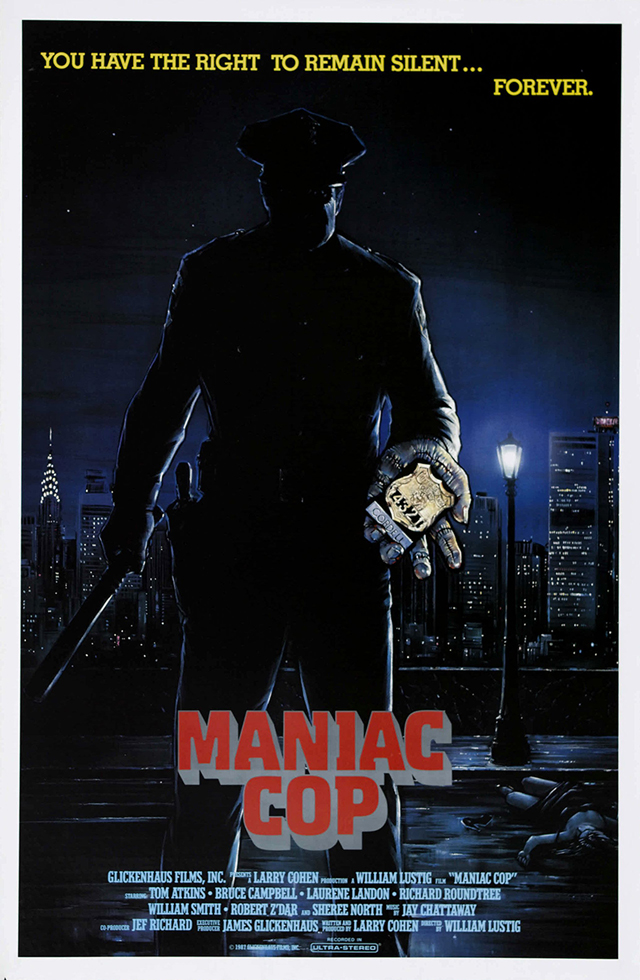