Universal Pictures’ Jurassic World: Fallen Kingdom finally hits theaters this Friday, June 22nd, taking fans on an adventure that features the genetically-engineered dinosaurs we’ve met in the previous Jurassic films on the brink of extinction and the altruism and selfishness that catastrophe brings out in humankind.

In celebration of the monumental pop culture event, we’re partnering with Fandango to give away THREE Jurassic World: Fallen Kingdom-themed $25 gift cards, one each to THREE lucky winners, just in time for the film’s premiere. Take a gander at the beautiful art for the gift cards. 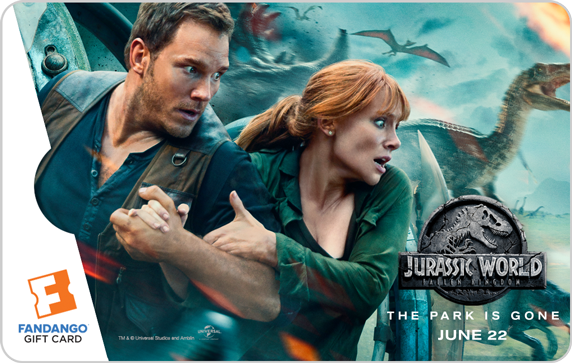 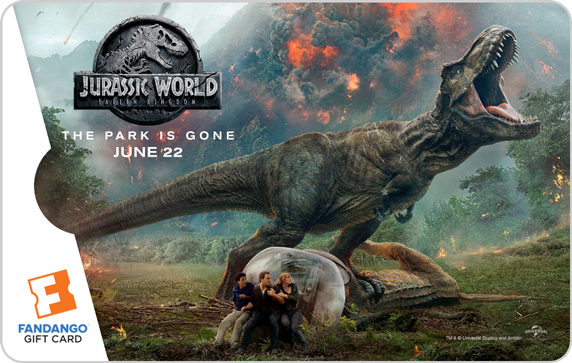 Sound like a rip-ROARING good time? Then throw your hat in the ring!

For a chance to win, simply head to FreakSugar’s Facebook and Twitter pages, find this link, and tell us on the post or tweet your favorite scene in any of the Jurassic Park/World films.

The details: Only one entry per social media platform, so you can enter once on Twitter and once on Facebook–meaning, if you have accounts on both, that’s two chances to win! The contest ends on Monday, June 25th, at 11:59 PM Eastern time.

Jurassic World: Fallen Kingdom is in theaters this Friday, June 22nd. You can purchase tickets or gift cards at Fandango or FandangoNOW.