We are all kinds of excited for the premiere of Avengers: Endgame this week, the culmination of 11 years of painstaking world-building in the Marvel Cinematic Universe. From the early, spoiler-free reviews, it appears that the film is everything we hope for it to be: chock full of action, humor, pathos, and a bit of fan service. And we. Are. Jazzed.

And we’re so jazzed that, in anticipation of the film’s release, we’re giving away to one lucky winner a Funko Pop! figure of the villain whose ass we hope the Avengers stomp into oblivion, the mad Titan Thanos! 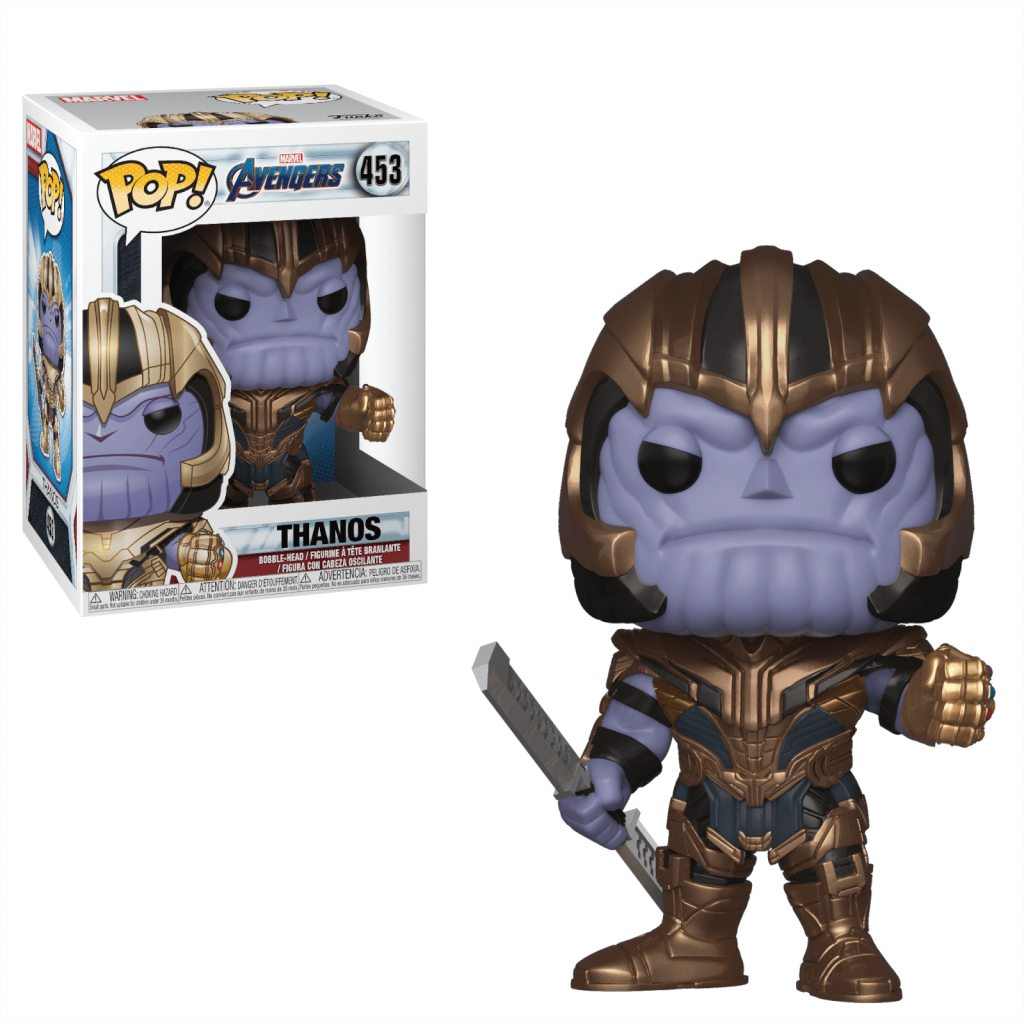 To enter, simply head to FreakSugar’s Facebook and Twitter pages, find this link, and tell us which Avenger you most hope makes it out alive at the conclusion of Avengers: Endgame.

You can enter on both FreakSugar’s Facebook and Twitter pages, which means you have TWO chances to win! The contest ends on Friday, May 3rd, at 11:59 PM Eastern time.