Actress Charlize Theron’s summer action spy thriller film Atomic Blonde, based on the Oni Press graphic novel The Coldest City, arrives on Blu-ray on November 14th and we’ve got a copy to give to one lucky winner! Here are the details about the tail-kickin’ movie:

An undercover MI6 agent is sent to Berlin during the Cold War to investigate the murder of a fellow agent and recover a missing list of double agents.

Come on, y’all, the film has everything: Charlize Theron, Cold War asskickery, oh, and John flippin’ Goodman! How can you not toss your hat in? For a chance to win, simply share this link on Facebook or Twitter, using the hashtag #AtomicBluray and boom, you’re entered in the contest. We’ll randomly draw one lucky winner on Monday, November 13th!

The details: Only one entry per social media platform, so you can enter once on Twitter and once on Facebook–meaning, if you have accounts on both, that’s two chances to win! Contest ends on Sunday, November 12th at 11:59 PM Eastern time. 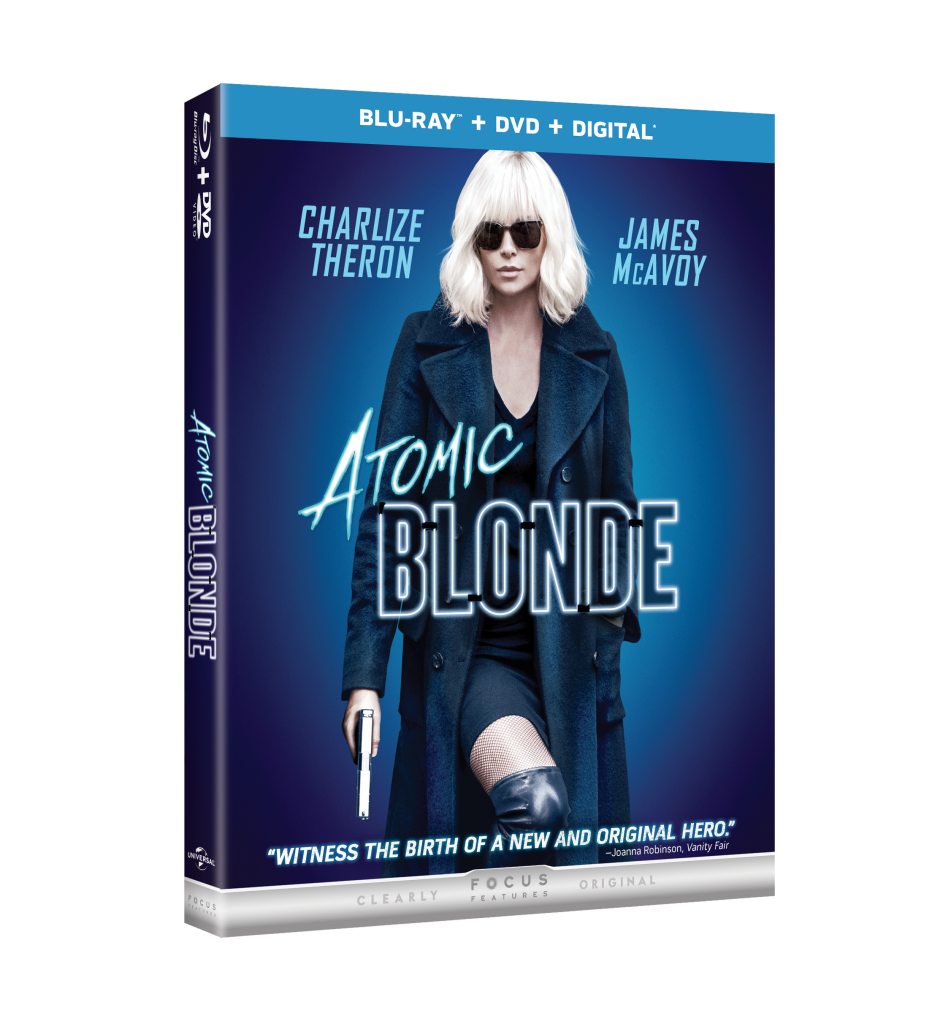