With Halloween just around the corner, lovers of All Thing Samhain turn their attention to horror films to get in the spooky spirit and scare themselves silly. That’s why we’re thrilled to announce that we’ve partnered with Universal Pictures to give away a copy of the Universal Classic Monsters: Complete 30-Film Collection on DVD to one lucky winner! 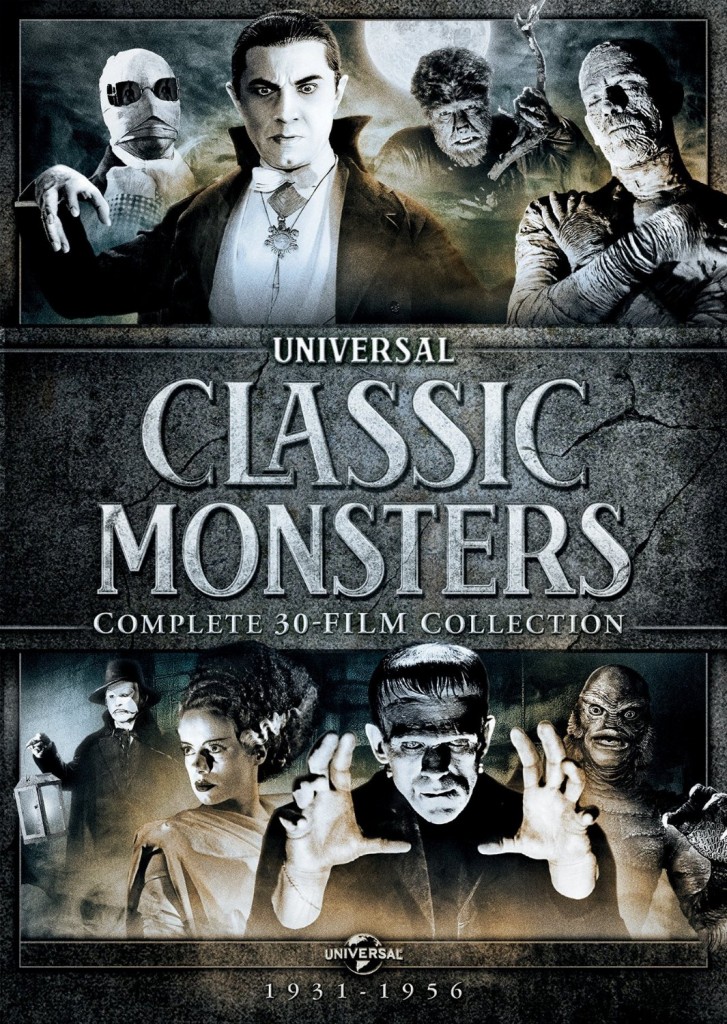 Included in this massive box set are such classic films from Universal’s golden age of monster movies, including Dracula (1931), starring Bela Lugosi as the vampire count; Frankenstein (1931), starring Boris Karloff as the misunderstood monster in the modern-day telling of the Prometheus myth; and The Wolf Man (1941), starring Lon Chaney, Jr. as the man afflicted by the curse of lycanthropy. 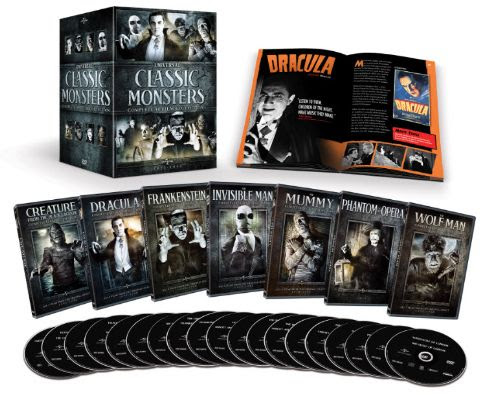 The DVDs in the Universal Pictures monster movies collection are housed in a beautiful, appropriately hued black-and-white box featuring such classic monsters and creatures such as the Mummy, Dracula, the Bride of Frankenstein, and the Wolf Man. Each character is divided into its own DVD set, containing: The Phantom of the Opera; The Wolf Man; The Mummy; Frankenstein; Dracula; The Invisible Man; and The Creature from the Black Lagoon. And if 30 films just feels like too light of a set for your monster movie cravings, each character DVD set comes with a mother lode of extras, including behind the scenes documentaries, film commentary, actor profiles, and character retrospectives.

The titles included in the set are listed below!

Creature from the Black Lagoon (1954)

Abbott and Costello Meet the Mummy (1955)

For a chance to win, simply head to FreakSugar’s Facebook and Twitter pages, find this link, and tell us your favorite classic movie monster from the collection of films above.

The details: Only one entry per social media platform, so you can enter once on Twitter and once on Facebook–meaning, if you have accounts on both, that’s two chances to win! The contest ends on Friday, October 26th, at 11:59 PM Eastern time.