After the jarring and mind-blowing season 3 finale of Euphoria back in February 2022, fans are still reeling from the fallout of the fates of Rue, Jules, Fezco, Ashtray, and the rest of the cast of the hit HBO series. And while we still don’t know when season 3 will premiere–filming is slated for February 2023–fans of the often-uplifting, often-heart-wrenching, drama can rejoice, as this week on Tuesday, November 1st, Warner Bros. Home Entertainment is releasing both seasons 1 and 2 of Euphoria on DVD! 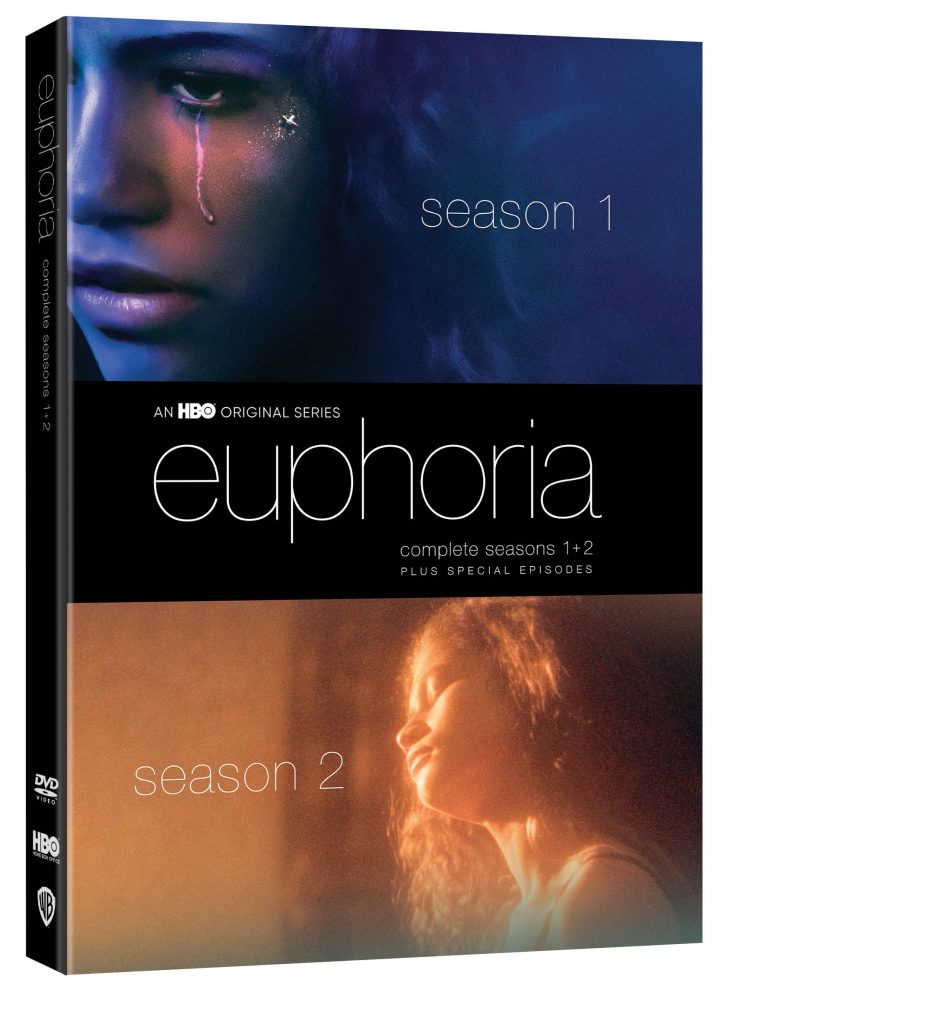 In addition to all 16 previously release episodes, viewers can expect a bevy of special features, including:

Further, the set includes the two special episodes that act as a bridge to seasons 1 and 2, so that’s more Euphoria goodness for your buck.

Full disclosure #1: Warner Bros. Home Entertainment made available a review copy of Euphoria to FreakSugar, so expect my thoughts on the two seasons this week, loyal readers. Big thanks to the WB!

Back box art for Euphoria seasons 1 & 2 on DVD

Full disclosure #2: Fezco and Ashtray are my favorite characters on the series, so if you dig on them as much as I do, strap in and prepare yourself for a review that’s fairly Fez/Ash-centric.

HBO’s mind-blowing drama series is coming to DVD on November 1, 2022, from Warner Bros. Home Entertainment. The 5-Disc set features all 16 one-hour episodes from Seasons 1 and 2, plus the 2 special episodes that bridge seasons 1 and 2. With over two hours of bonus content that goes behind the scenes of the series for the ultimate fan, Euphoria: Seasons 1-2 is priced to own at $39.99 SRP for the DVD ($44.98 in Canada). The series is also available to own on Digital via purchase from digital retailers and to stream on HBO Max.

Multimedia superstar Zendaya stars in this drama series that follows a group of high-school students as they navigate a mine field of drugs, sex, identity, trauma, social media, love and friendship in today’s increasingly unstable world.

Euphoria is currently available to own on Digital. Digital purchase allows consumers to instantly stream and download to watch anywhere and anytime on their favorite devices. Digital movies and TV shows are available from various digital retailers including Prime Video, Apple TV, Google Play, Vudu and others.