Politics can be hazardous, as Batgirl is about to find out. The Cormorant is ready to silence the people’s-choice congressional candidate Luciana Alejo and Batgirl has to find a way to protect her and Batgirl’s alter ego, Barbara Gordon in Batgirl #32, brought to us by the creative team of writer Mairghread Scott artist Paul Pelletier, inker Norm Rapmund, colorist Jordie Bellaire, and lettering by Andworld Design. Want more? Check out our EXCLUSIVE preview of the issue! 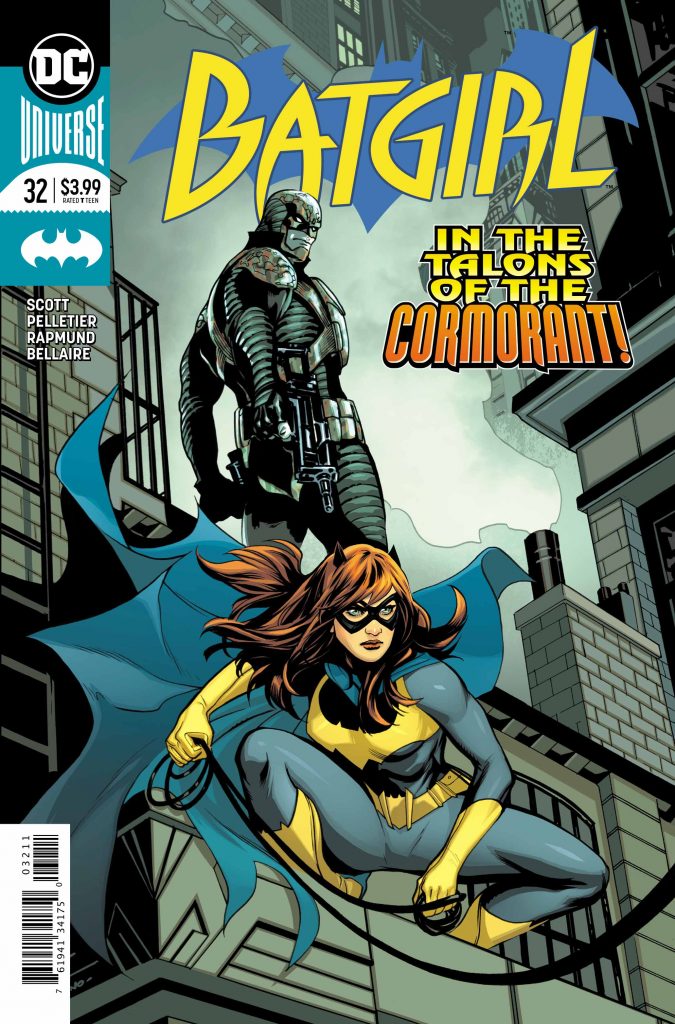 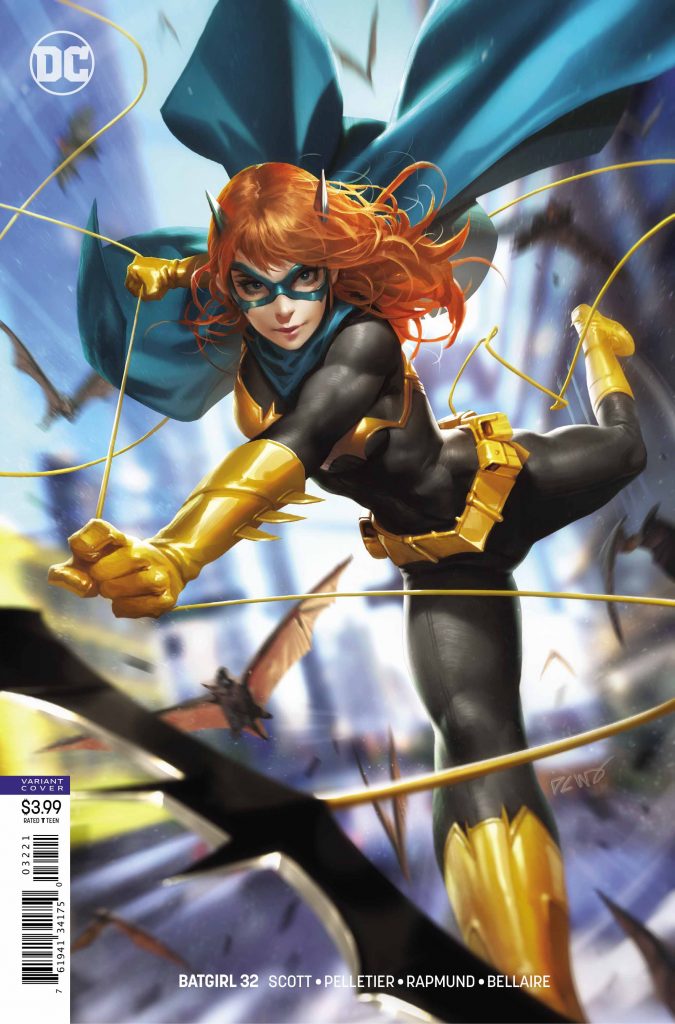 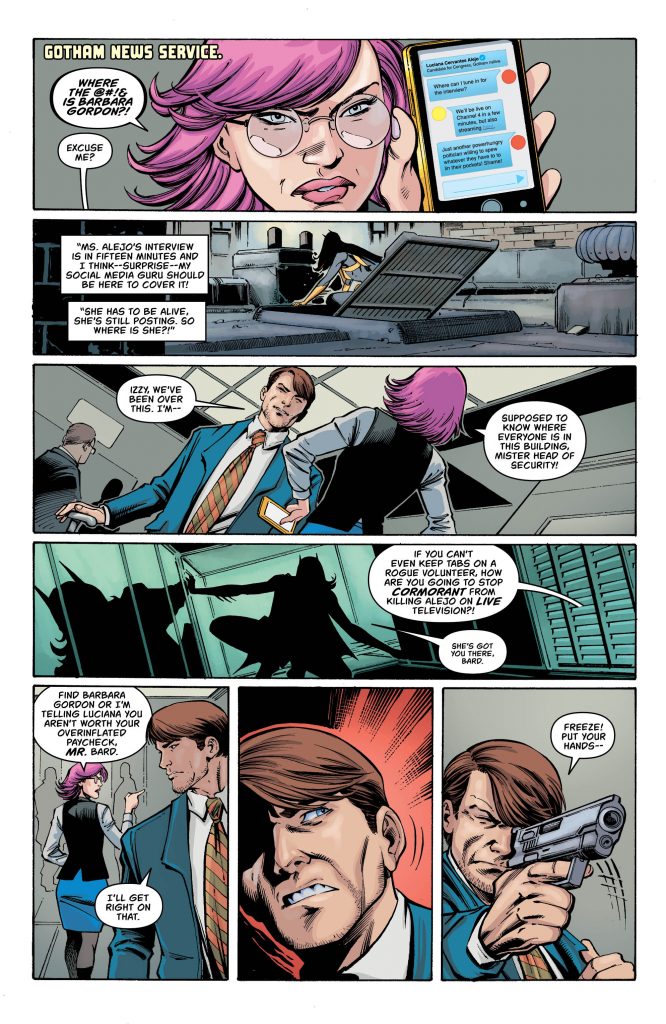 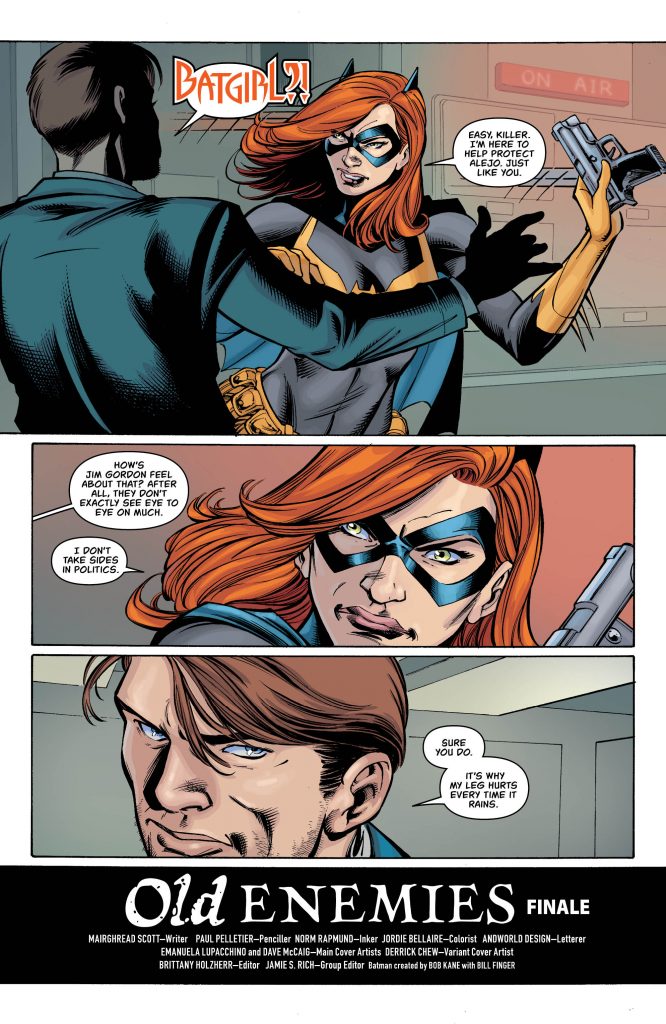 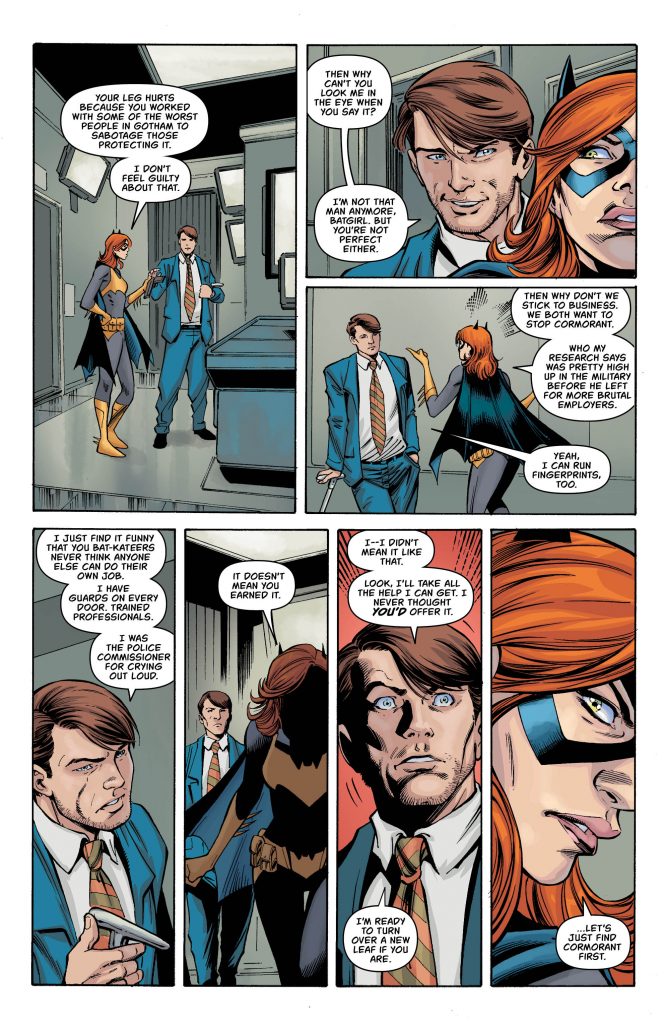 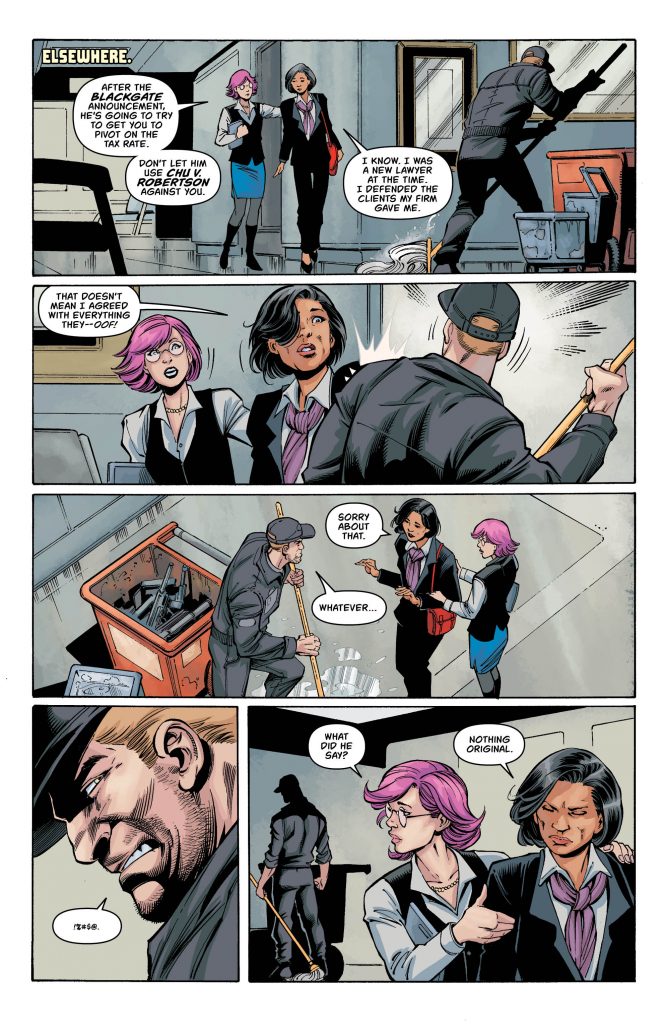 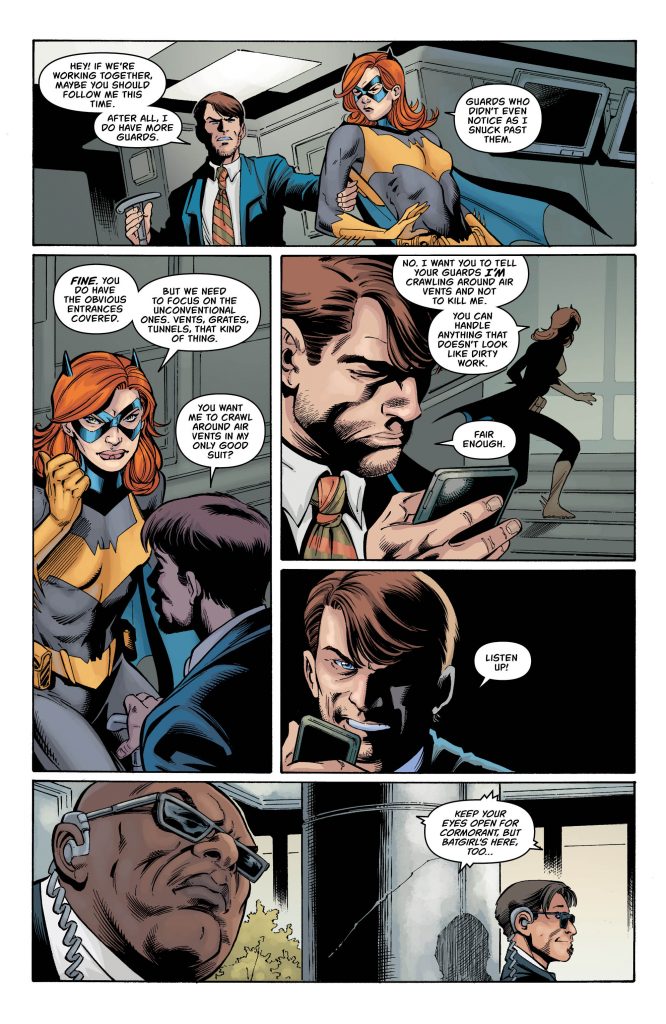 Coming to you live from Gotham City! The people’s-choice congressional candidate Luciana Alejo is all set to give a televised interview that could secure her victory, but the Cormorant is ready to silence her for good. Can Batgirl protect the candidate without making her alter ego, Barbara Gordon, lose her campaign job in the process?