This Wednesday, Batman Beyond #11, written by Dan Jurgens with Bernard Chang on art, hits newsstands, part 4 of the current “City of Yesterday” storyline. Check out these exclusive preview pages that DC Comics was kind enough to share! 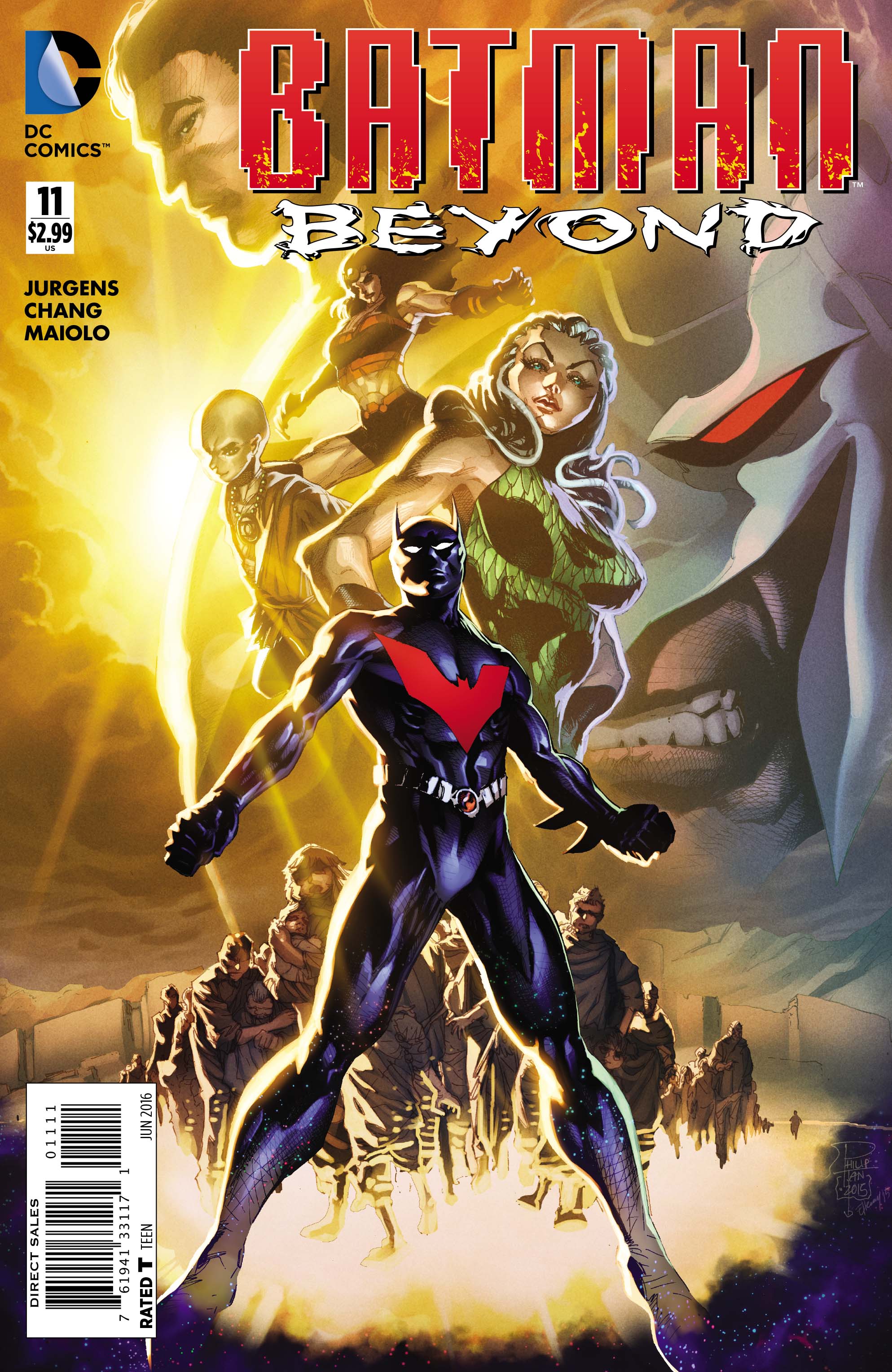 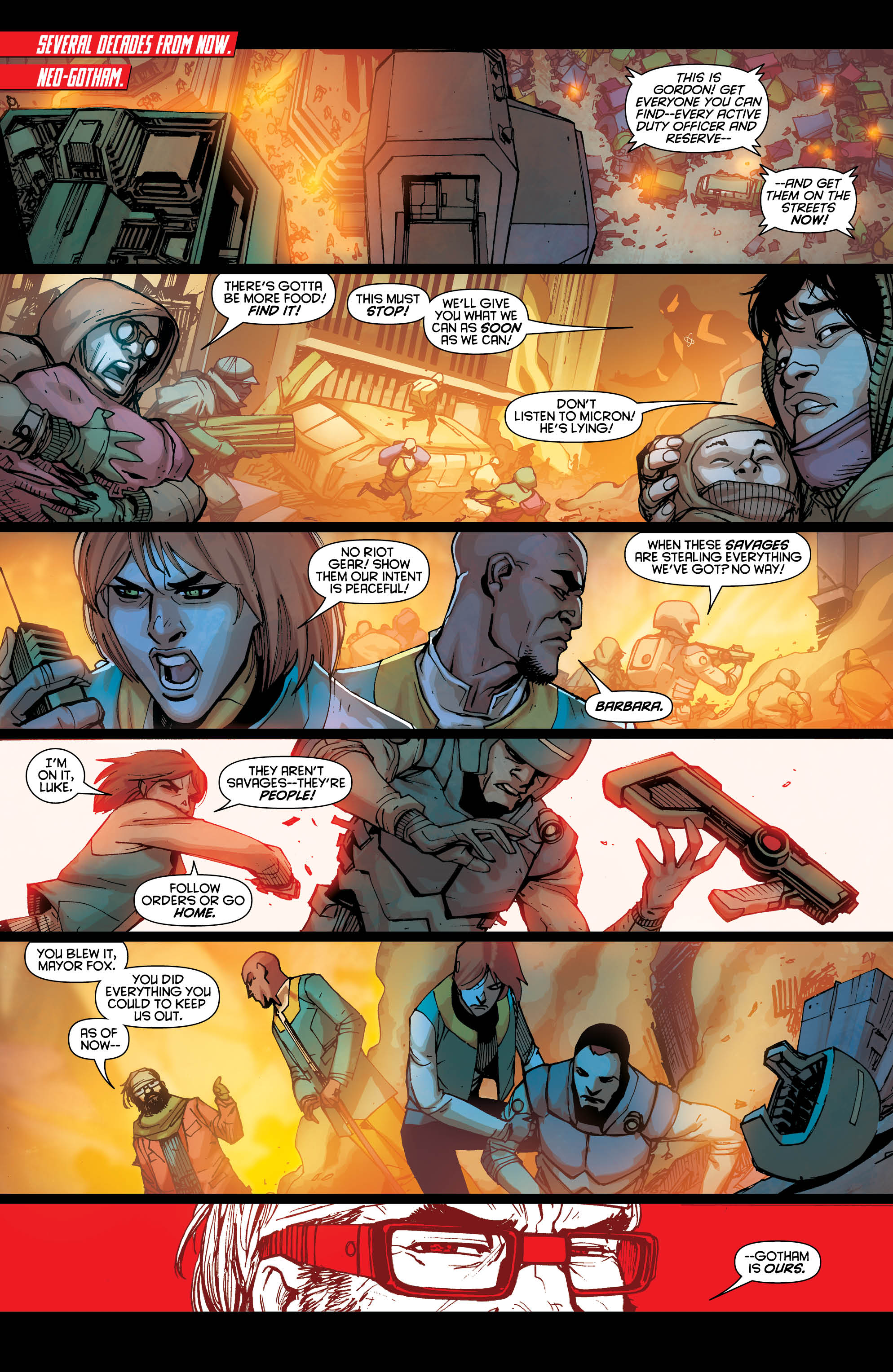 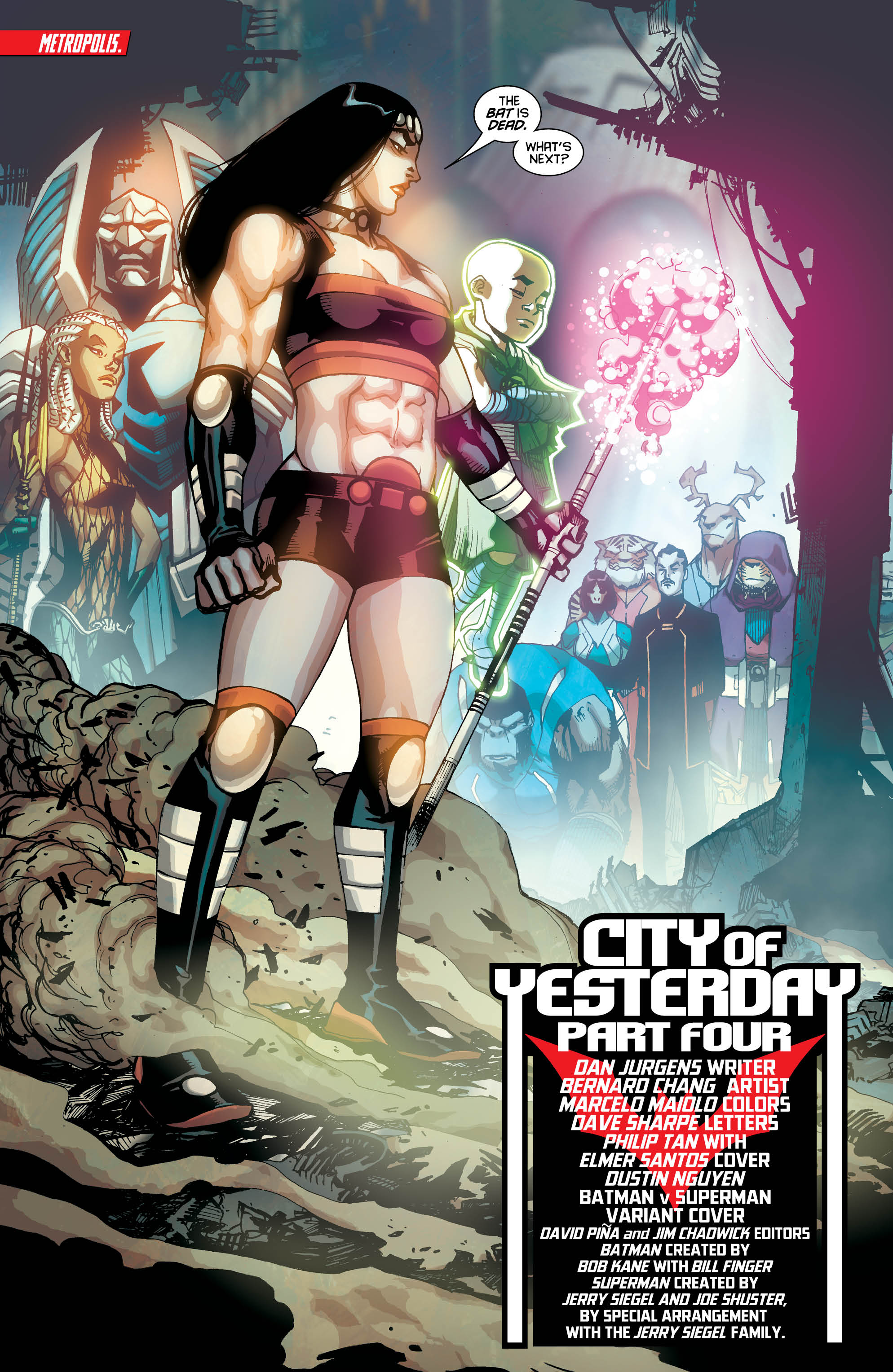 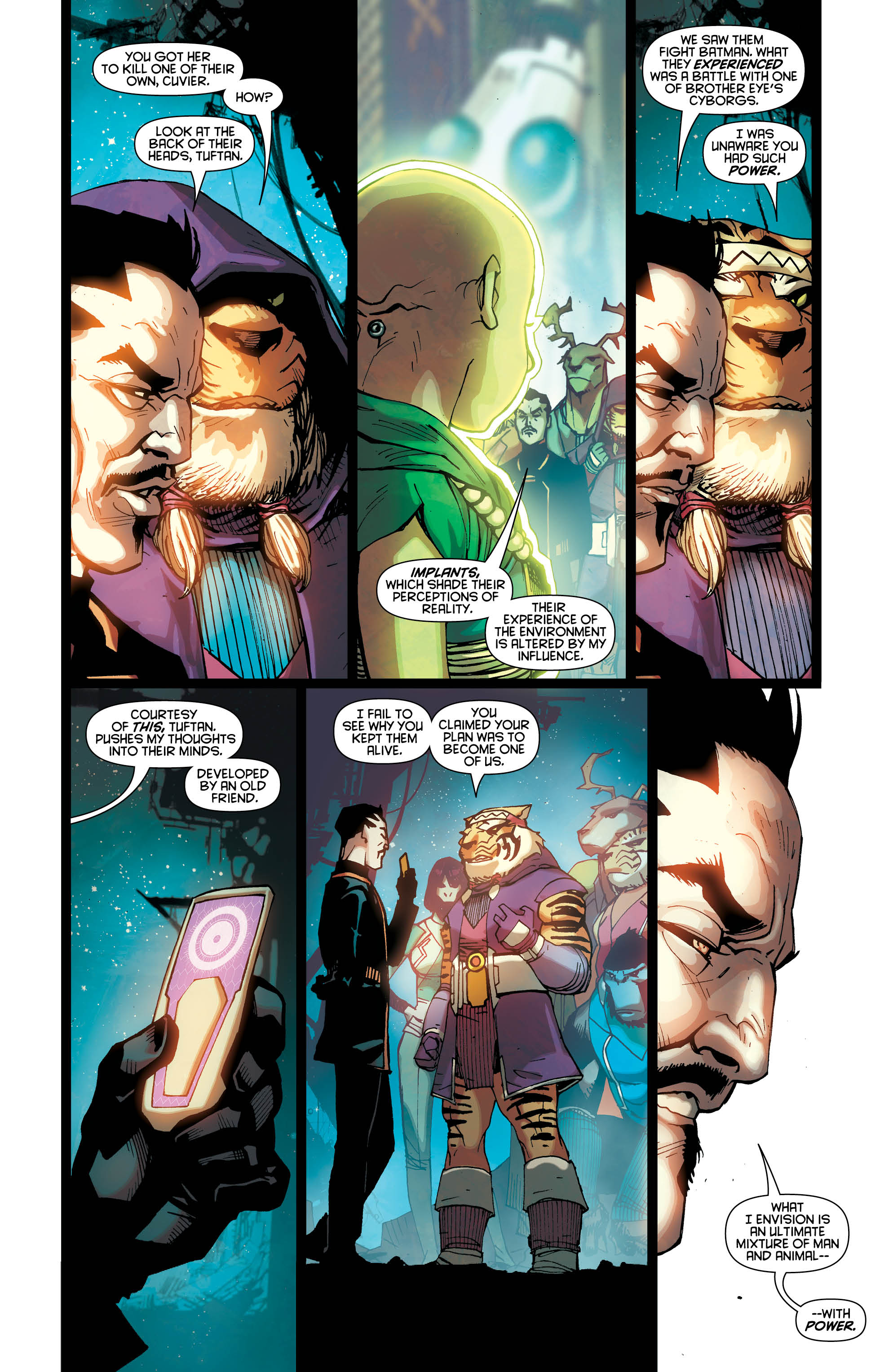 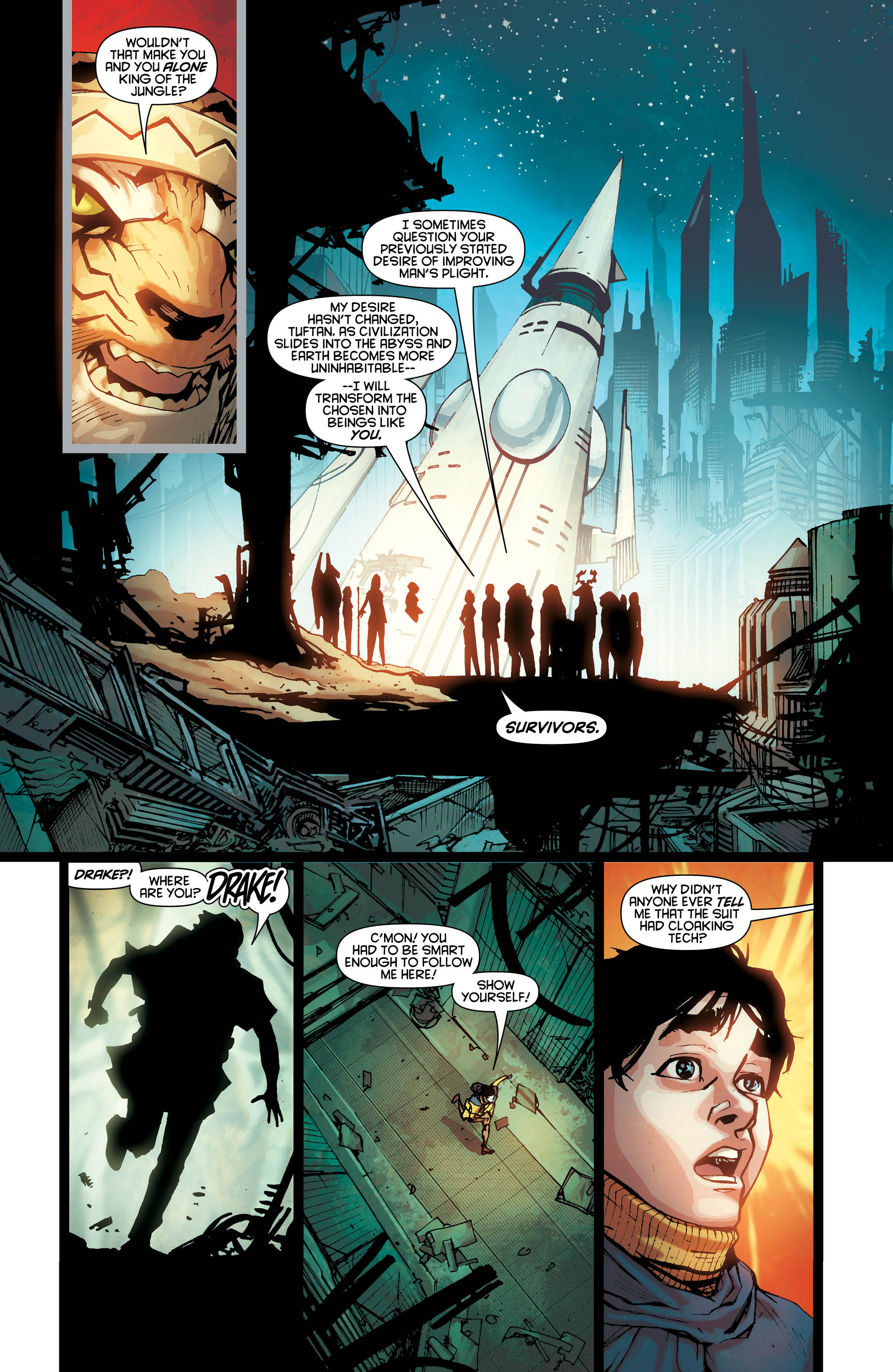 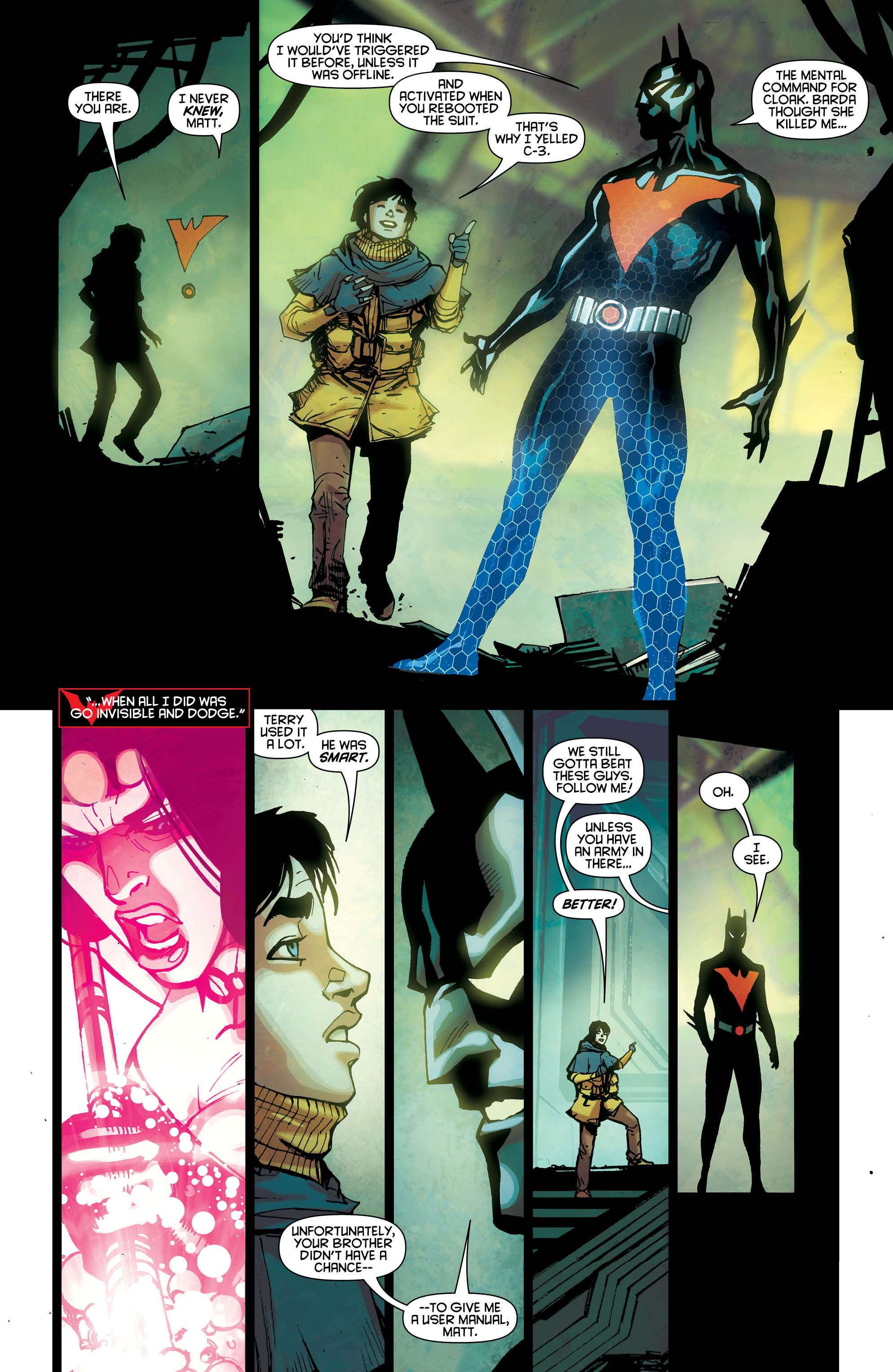 While I am a staunch fan of the characters Tim Drake and Terry McGinnis, I wasn’t completely sold when I heard that the former Boy Wonder would be taking the reins of the Batman identity from Terry. However, it makes sense that, if anyone would succeed Terry, that this would be the perfect opportunity to give Tim a shot at the bat-suit. While I love me some Nightwing, Tim has always been lauded as the smartest of the Dark Knight’s partners, which he’s demonstrated time and again. As such, the future locale of Batman Beyond gives Tim the perfect milieu to work in and show just how on-the-ball he is. Jurgens’ plotting and dialogue, coupled with Chang’s linework, gives readers an experience like that found in Terry’s tales in the DC animated universe, while still rooting the series firmly in the DC comic book world.

Batman Beyond #11, written by Dan Jurgens with Bernard Chang on art, hits newsstands this Wednesday.

Growing tensions between the citizens and refugees of Neo-Gotham have finally erupted into full-on revolt! The city’s in disarray and Batman’s fighting for his life—not just against the Splicers of Metropolis, but against the Justice League itself! A new power and a new ally will be key if Batman is to have any hope of leading both cities to the freedom they seek in this new world.

On a side-note, isn’t this the Neo-Gotham you kind of wanted to see in the Batman Beyond animated show? While there were certainly gangs featured on that series, I always got the feeling that the showrunners never had the chance to push a weird, nightmarish future hellscape aesthetic into the larger narrative. Thankfully, the comic book doesn’t have that problem.