This Wednesday, Blue Beetle #8, written by Keith Giffen with Scott Kolins on art, hits newsstands, with Jaime Reyes battered, broken, and without his powers as a result of his confrontation with the Mordecai Cull. But that’s not all: Giffen and Kolins are being joined by J.M. DeMatteis to take on script duties! *happy dance*

Check out these preview pages that DC Comics was kind enough to share! 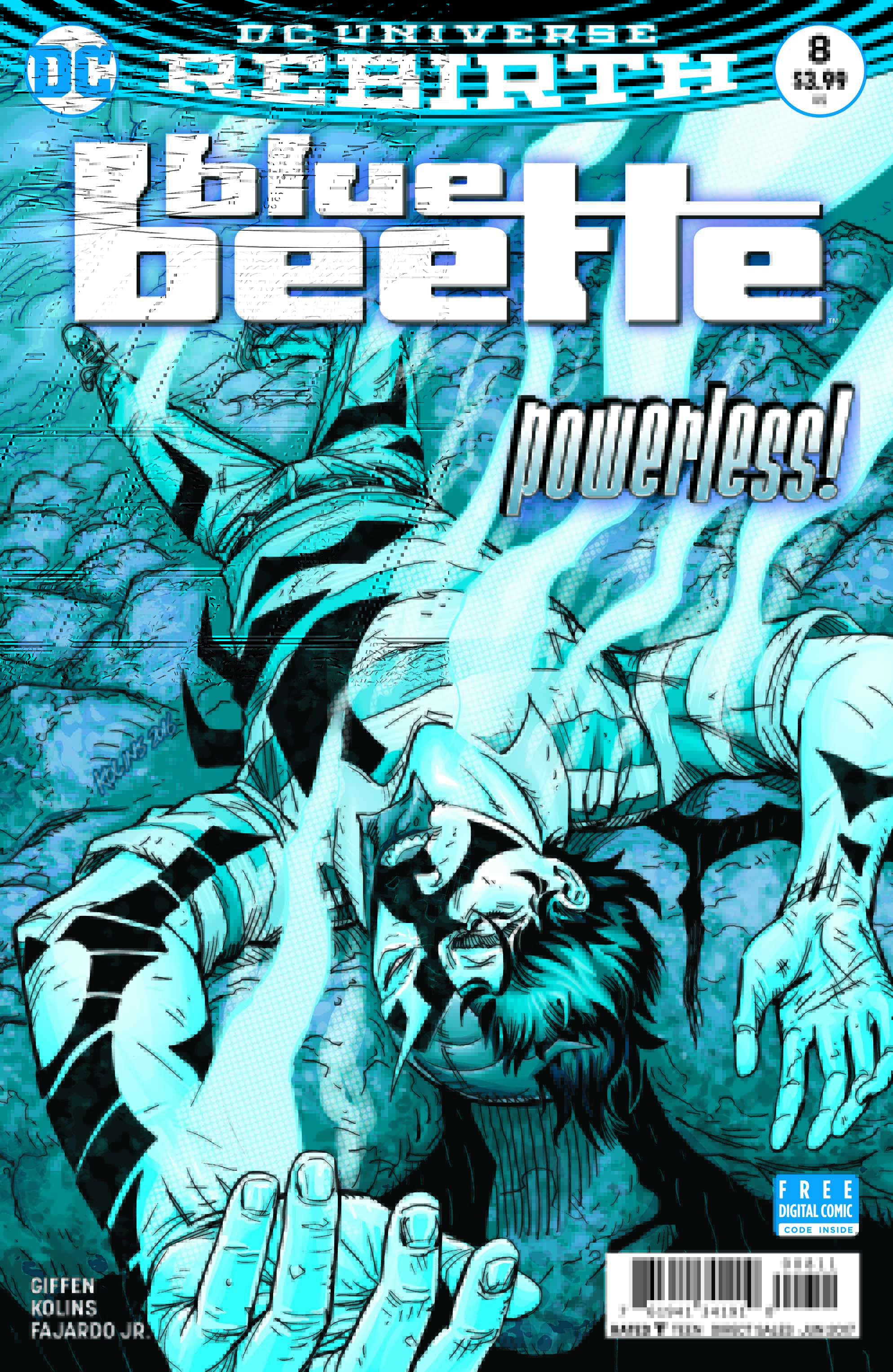 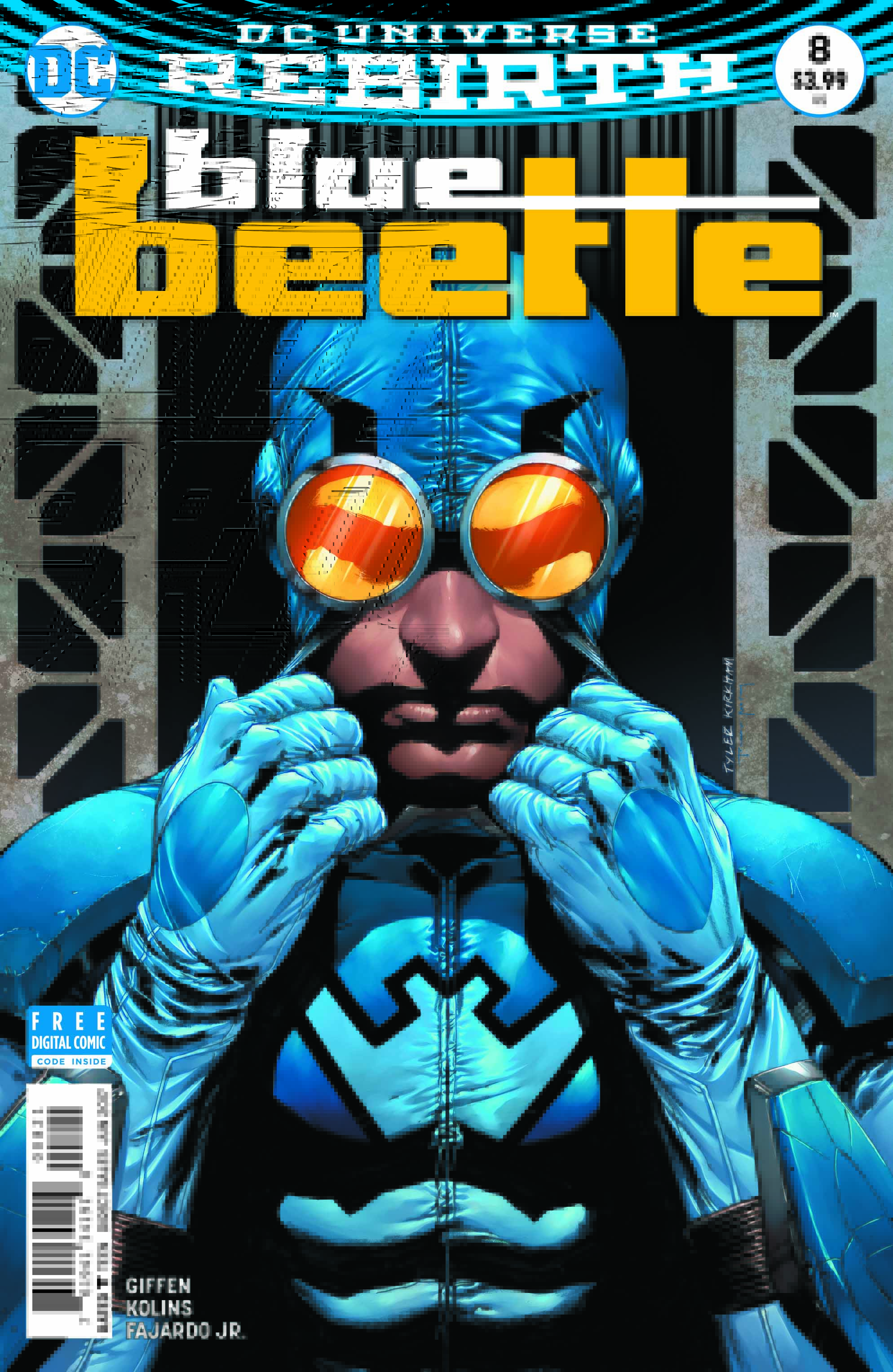 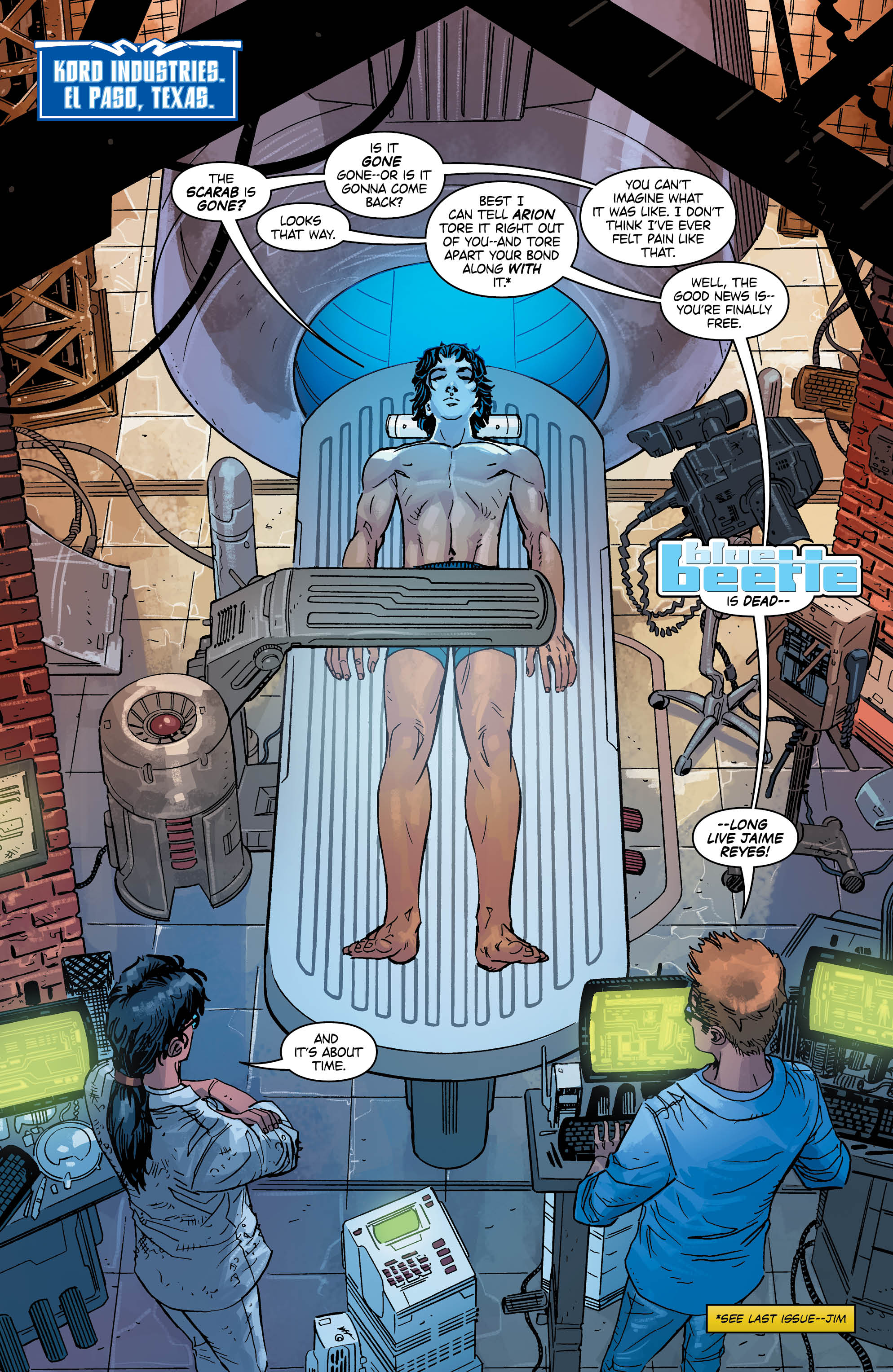 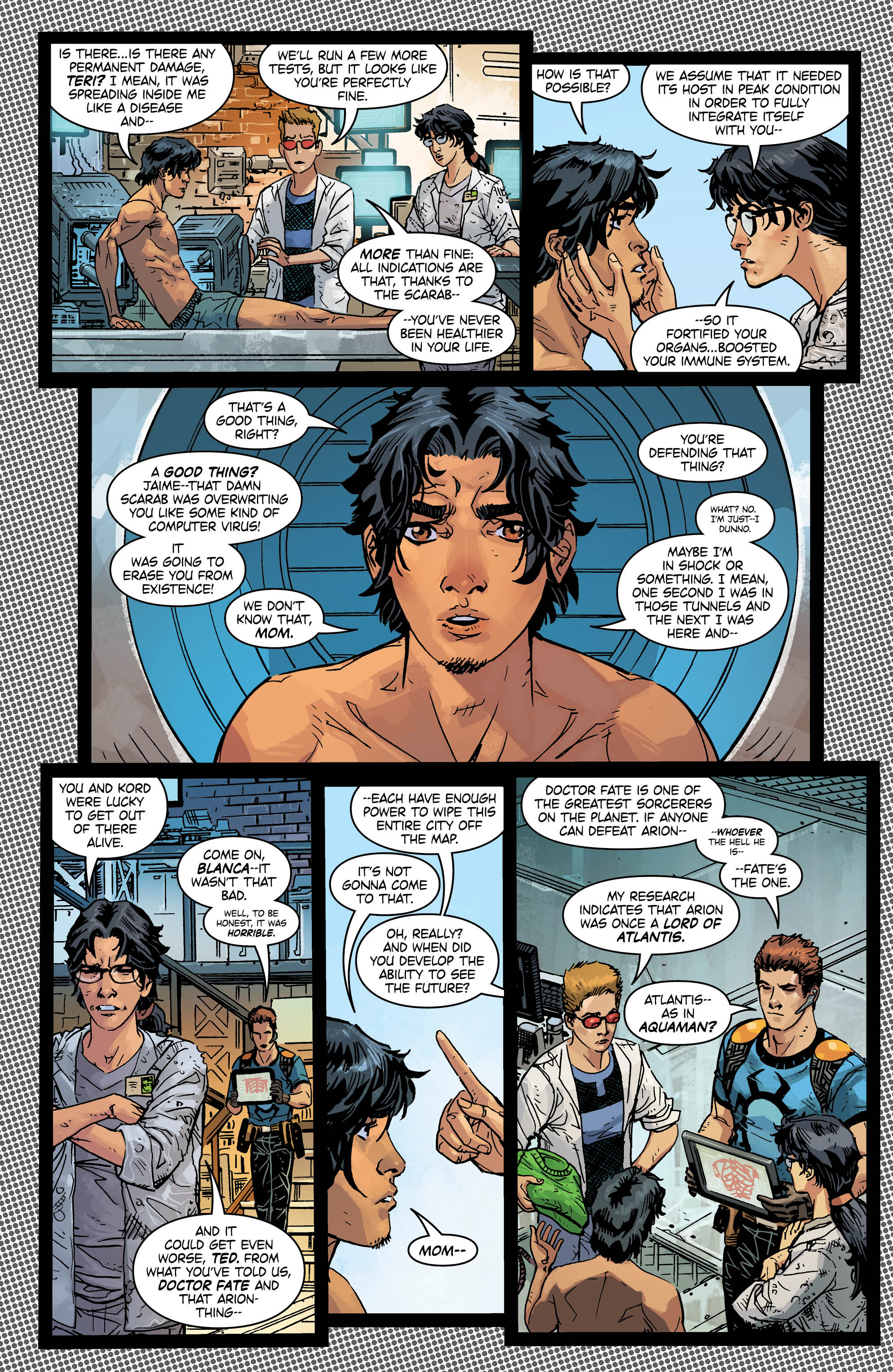 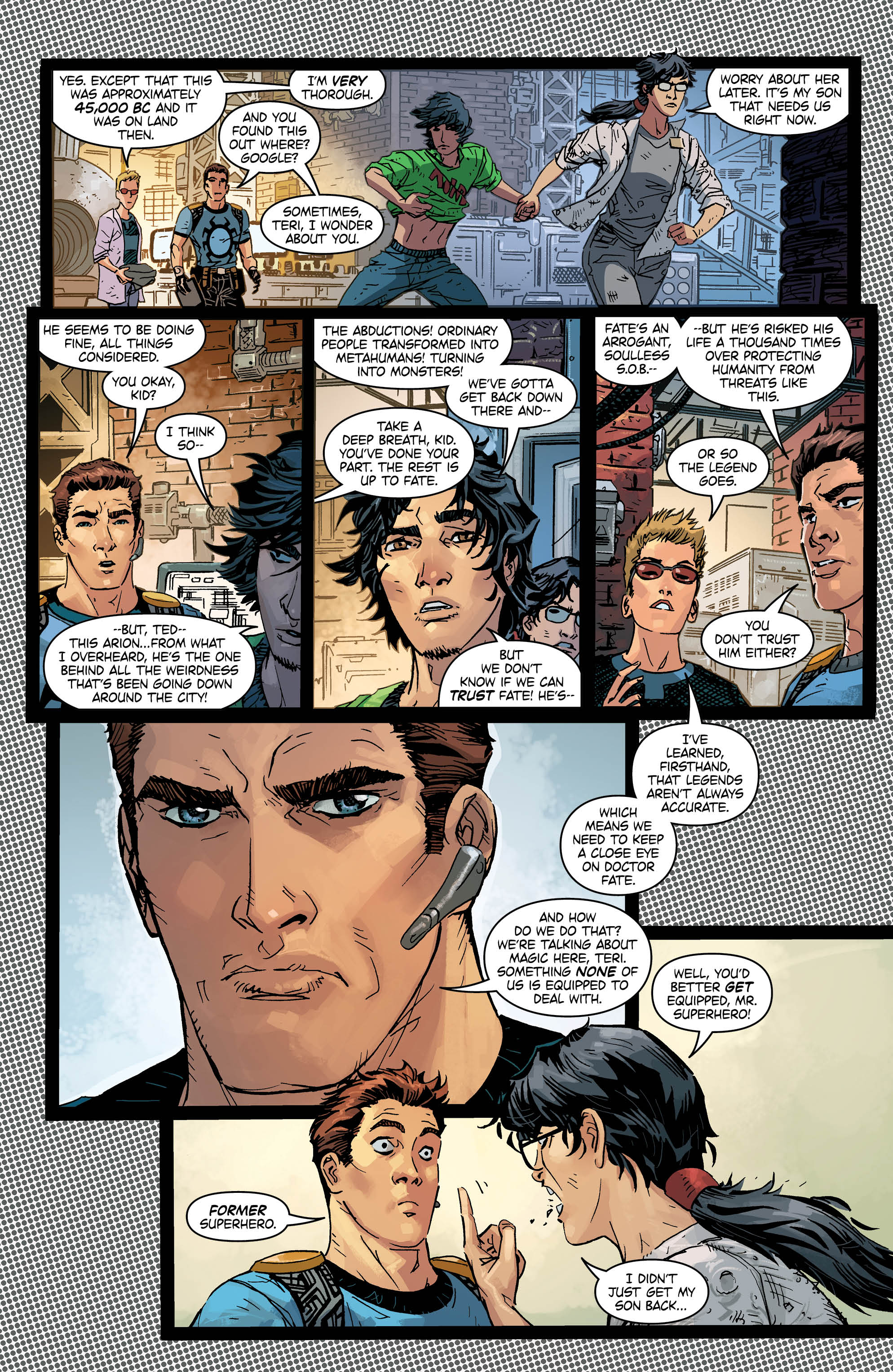 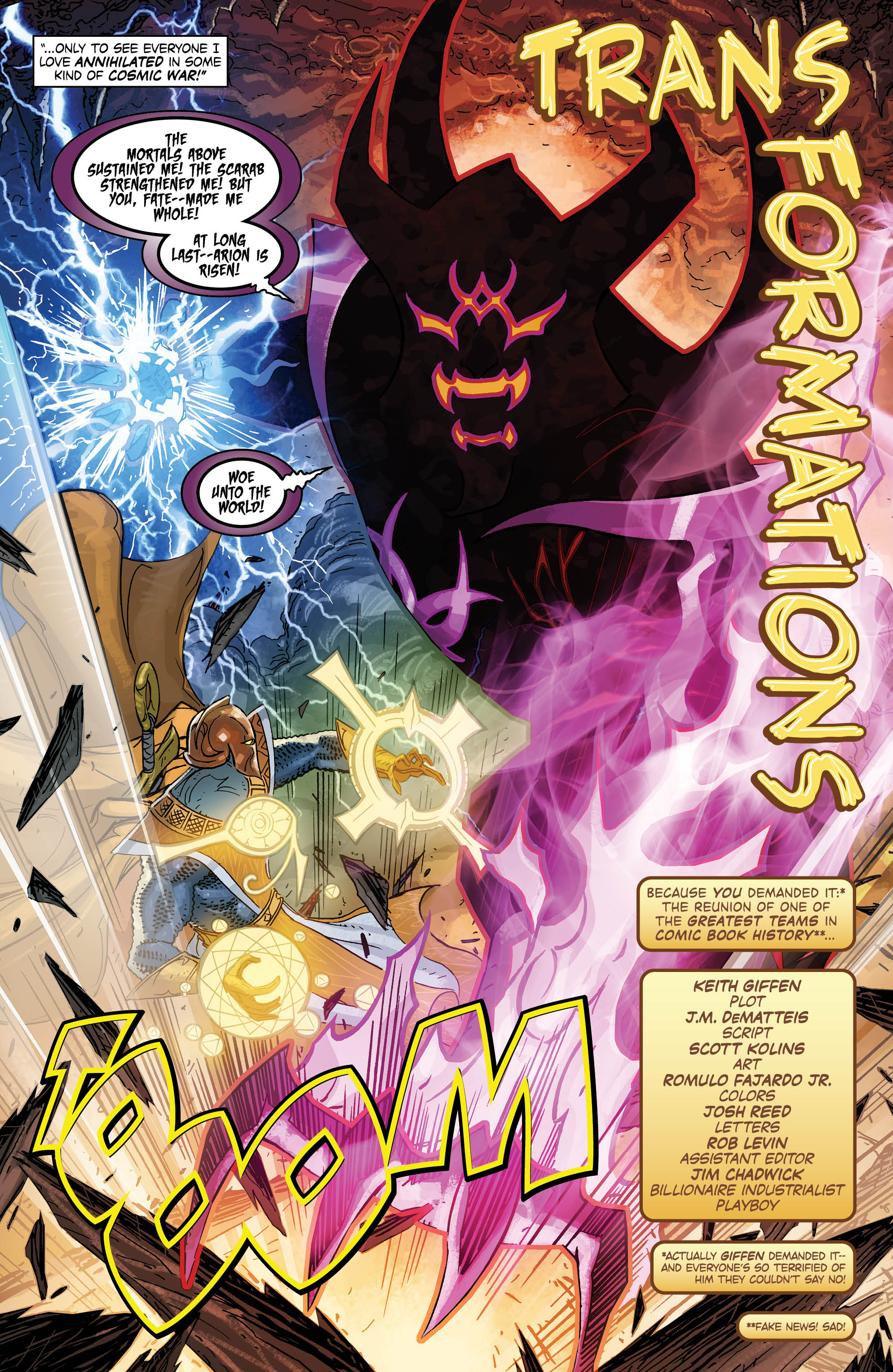 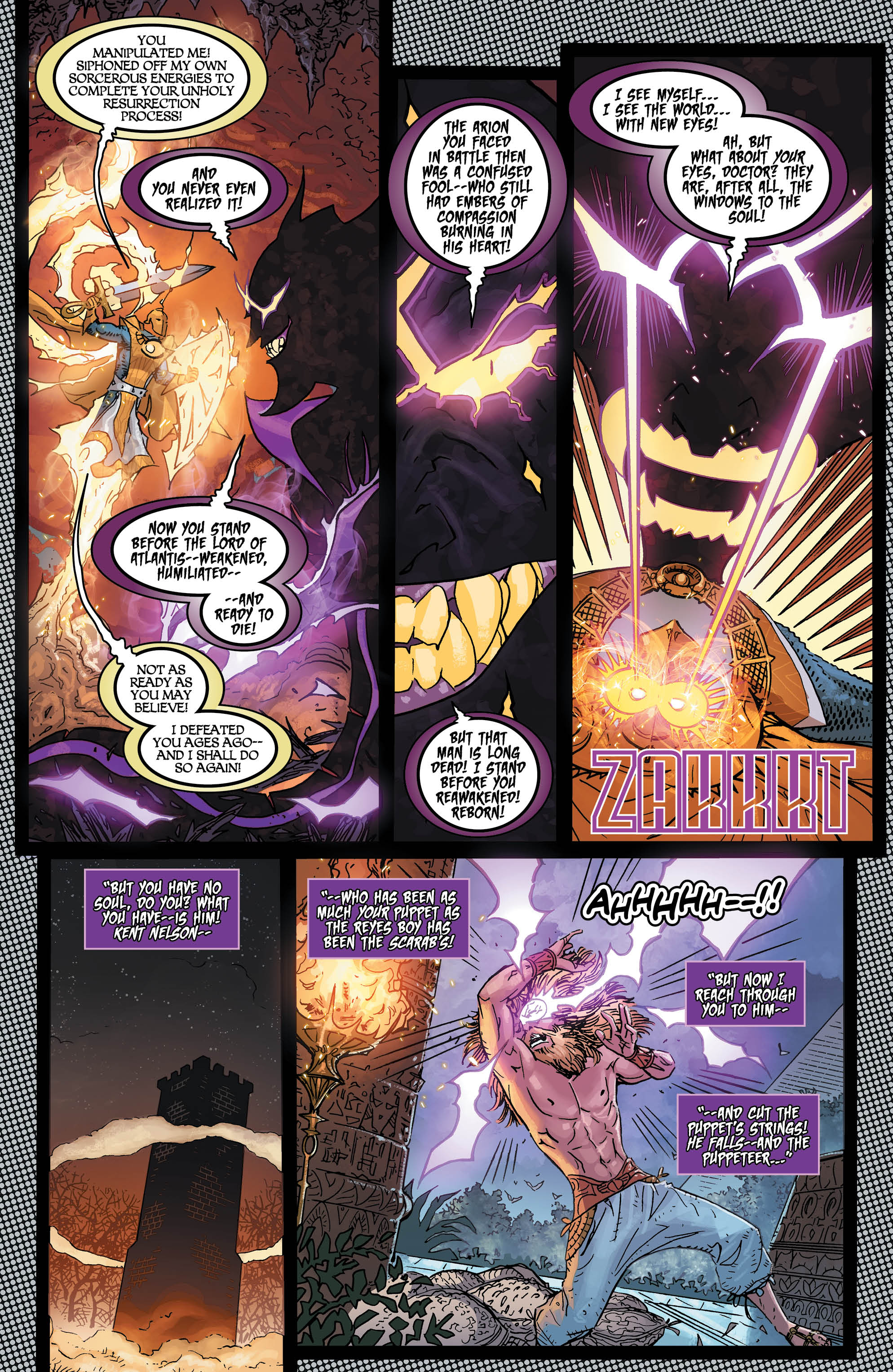 Blue Beetle, in his many incarnations, has been a treatise on what it means to be a hero in a world that is working day and night to make heroes into cynics. What Giffen and Kolins have consistently accomplished, month in and month out, is to show that Jaime, despite his still relative-rookie nature as a hero and his mountains of self-doubt and constant questioning of himself, is a hero. This issue should particularly put Jaime’s resolve to the test and, if what they’ve done before is any indication, it looks like Giffen and Kolins have a treat in store for us. And adding DeMatteis into the mix? Come on, comics gold!

Blue Beetle #8, with Keith Giffen on plot, J.M. DeMatteis on script, and Scott Kolins on art, is on sale this Wednesday from DC Comics.

After taking on the mystical Mordecai Cull, Blue Beetle is left broken and powerless. With an even more powerful menace about to appear, Jaime Reyes is going to have to defend the people he loves without the powers of the scarab and show what it really means to be a hero!