This Wednesday, January 31st, DC Comics’ “Milk Wars” kicks off, with the DC Universe’s characters meeting up and interacting with the stars of DC’s Young Animal imprint in what the company is calling the “un-event of the year”! Just what kind of “un-event” should we expect when DC’s stalwart heroes team-up with Young Animal’s splendously askew characters? We’ll let the folks at DC themselves give you the low-down:

The Doom Patrol has discovered that an interdimensional corporation called RetCo has been stealing stories, reconfiguring them and repackaging them for new markets. Our gang of misfit heroes have felt the touch of this nefarious company, and it has already started to change them. Even scarier, though, is how deeply RetCo has embedded itself into current continuity, using the radioactive milk of psychic cows to quell the more dangerous impulses of the Justice League and turn them into heroes safe for the masses. And to kick this off, RetCo has gone all the way to the top.

In anticipation of the story, DC has shared with us an exclusive preview of part 4 of “Milk Wars”: Cave Carson Has a Cybernetic Eye/Swamp Thing Special #1, written by Jon Rivera and illustrated by Langdon Foss, hitting newsstands on Wednesday, February 21st! Cave and Swamp Thing find themselves paired off in the heart of RetCo HQ, qith maybe–maybe–a shot to destroy the organization from within. For more, check out the first five, black-and-white lettered pages of the book, plus the cover from Rian Hughes! 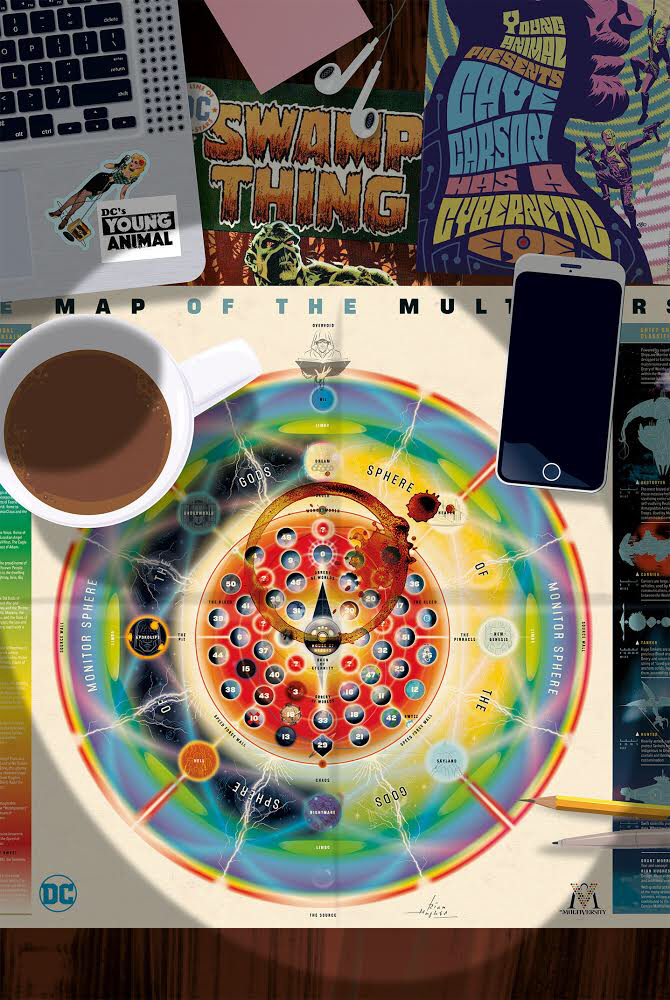 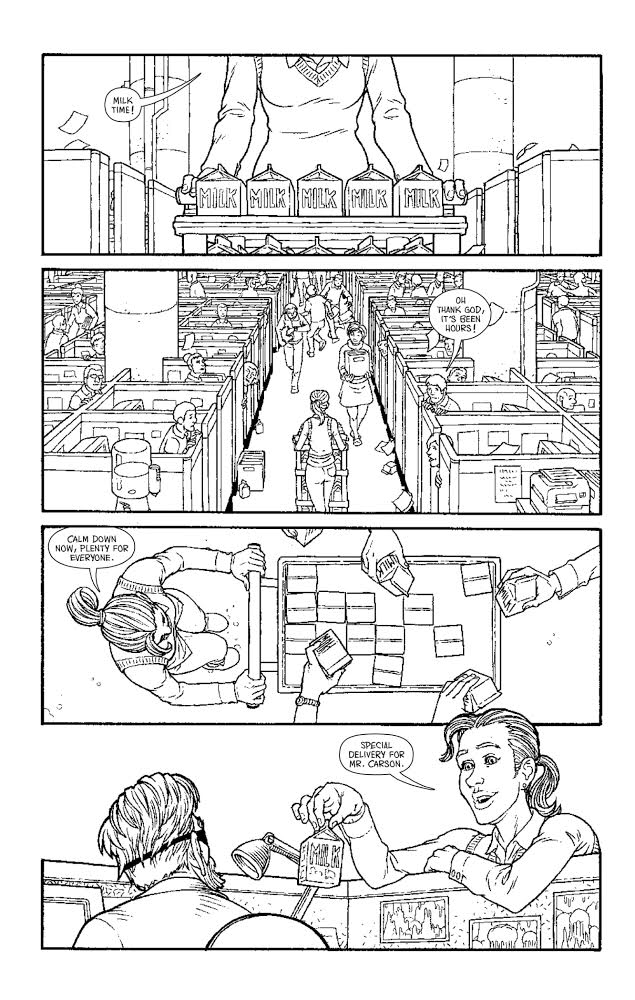 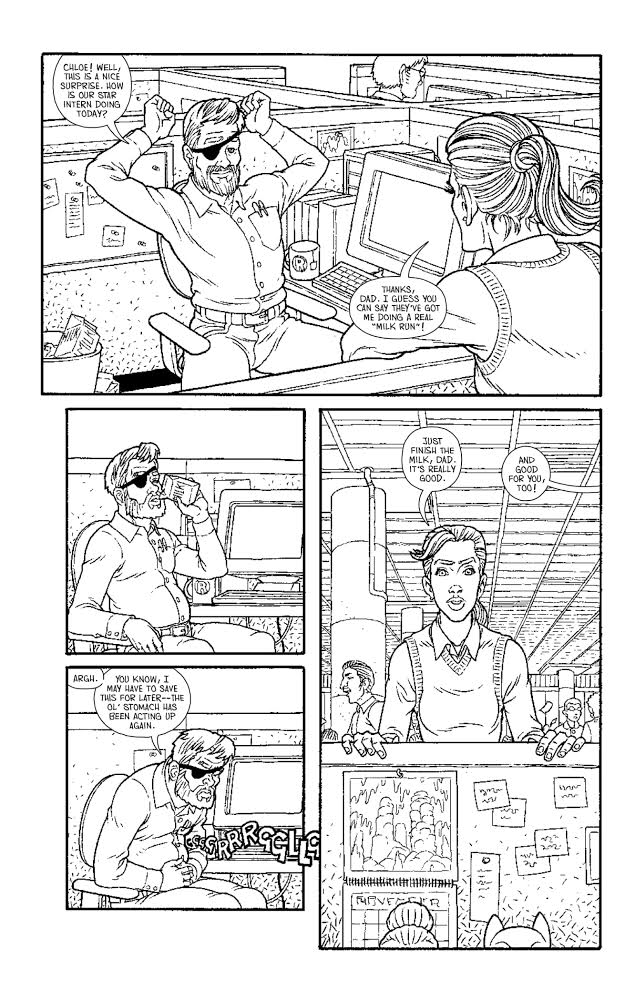 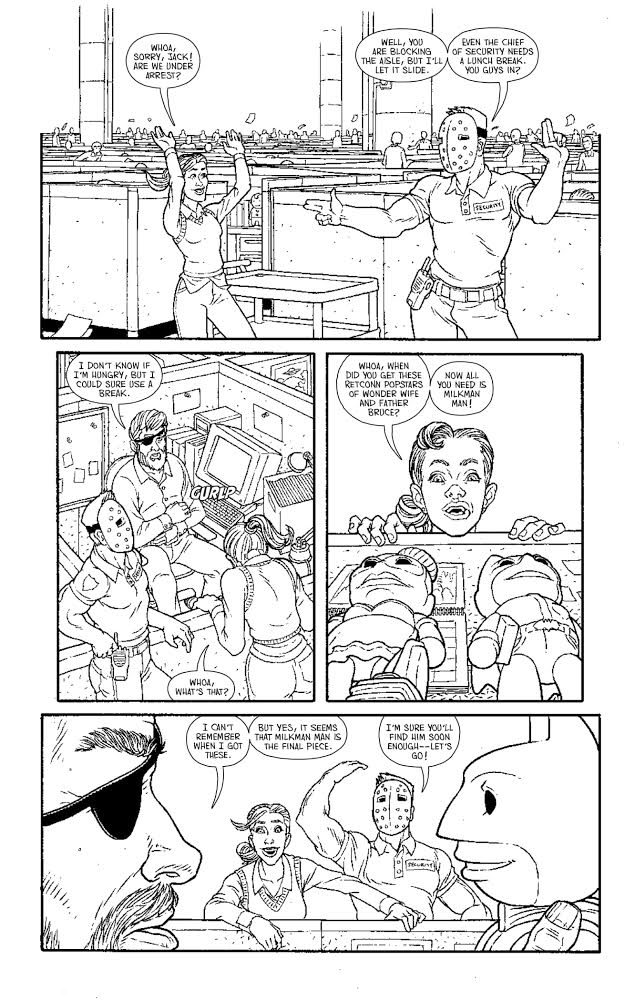 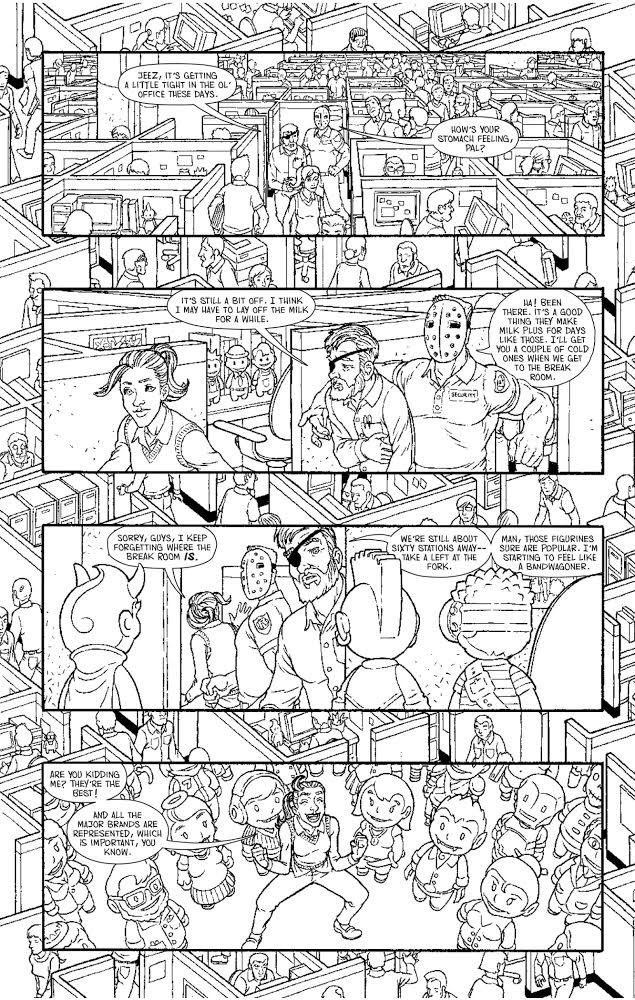 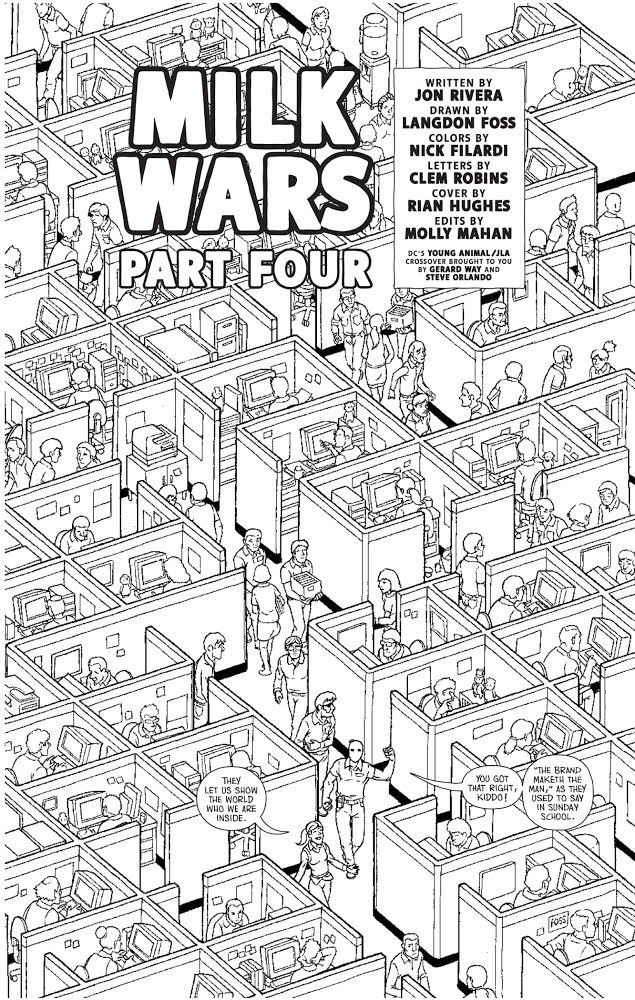 If you’ve seen Foss’ work in Get Jiro, it’s apparent why he was tapped to take on writing duties for this installment of “Milk Wars”–his linework is gorgeous in its eclectic nature, perfect for a romp with Cave and Swamp Thing contending with the nature of reality itself being rewritten. And, of course, Rivera has been marvelous magic with Cave Carson Has a Cybernetic Eye, so it’s just a giddy-inducing treat to see him get his hands on the Defender of the Green.

“MILK WARS” part four! Swamp Thing has detected a disturbance in the Green, and his hunt for it has led him to RetCo headquarters. There he finds Cave Carson and his crew struggling against being assimilated into RetCo’s diabolical narrative. Is it possible for Swampy and Cave to destroy the organization from the inside? Plus, find out how their efforts help Eternity Girl in the final installment of her backup story!